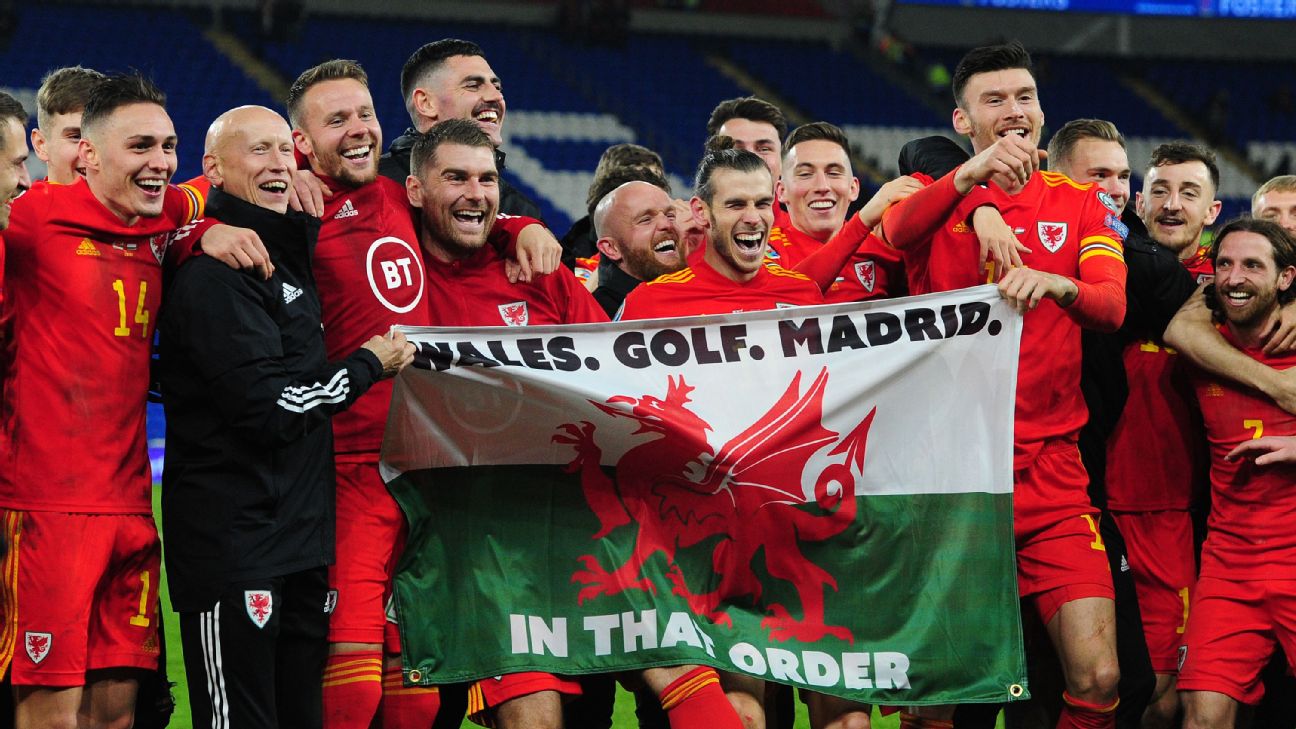 Gareth Bale‘s agent has told ESPN FC he has “no worries” about how Real Madrid fans will react to his “Wales. Golf. Madrid. In that order” flag celebration.

Wales captain Bale was pictured laughing with teammates while posing with the fan-made banner after his country qualified for Euro 2020 on Tuesday with a win against Hungary.

The image has been met with an angry reaction in the Spanish media — with the club calling it a bad joke — but the player’s representative Jonathan Barnett told ESPN FC he’s not concerned about the reception for Bale at the Bernabeu on Saturday when Real Madrid host Real Sociedad.

The flag and celebration were “meant for the media” rather than being aimed at the club or its fanbase, he said.

Members of the Real Madrid squad have told ESPN FC they were amused by the image, but believe it could damage Bale’s relationship with fans.

The front-page headline of Spain’s biggest-selling sports newspaper Marca on Thursday read “Disrespectful. Misguided. Ungrateful. In that order” in reference to Bale’s celebration.

Madrid-based newspaper AS’s front-page claimed that “the club and [coach Zinedine] Zidane fear the reaction of the fans.”

Bale returned from international duty to take part in full training with his Real Madrid teammates at the club’s Valdebebas training ground on Thursday.

He is expected to feature at the Bernabeu on Saturday having not played for Madrid since October, when he was injured playing for his country.

Last week Bale admitted to feeling “more excitement playing for Wales” than he does for Real Madrid.

Earlier this month Zidane dismissed the possibility of Bale leaving in January, saying he’s counting on his involvement “until the end of the season.”

The former Tottenham player has been linked with a return to the club amid UK and Spanish media reports that new Spurs’ boss Jose Mourinho sees Bale as a top target for the 2020 summer window.