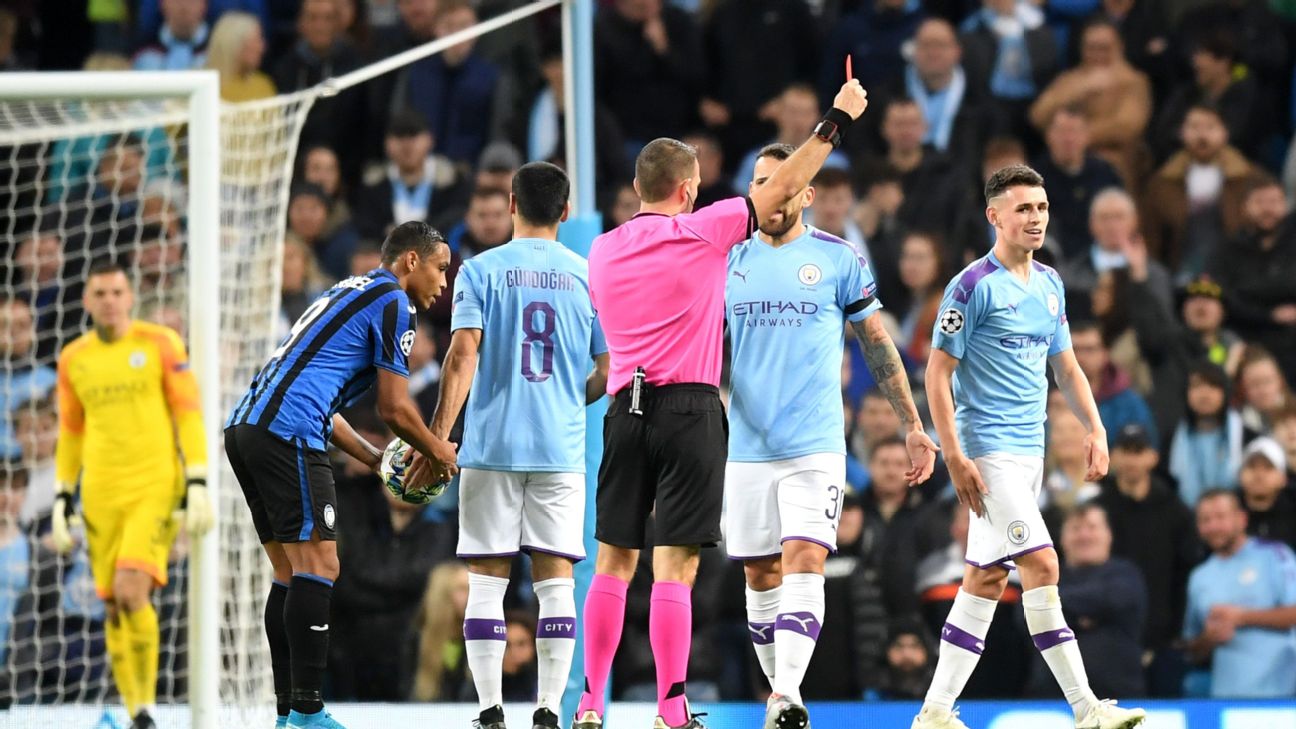 Foden, starting a game for just the second time with season, was booked twice in the second half to see red for the first time in his senior career.

Along with an injury to Rodri, it was the only downside as City romped to a 5-1 victory thanks to a hat-trick from Raheem Sterling. Guardiola said afterwards Foden would not be fined but told the 19-year-old to use the experience to his advantage.

“I never fine, except for a stupid thing,” said Guardiola. “With Phil, the important thing is not the red card but the way he played.

“He has to be a bit more clever when he has the yellow. He has to live this kind of situation to understand. Yellow card, be careful. That experience is going to help him. Maybe I have to pay him, so well he played.”

Foden’s red card, for fouls on Ruslan Malinovskyi and Marten de Roon, put a dampener on an otherwise impressive performance which saw the midfielder involved in City’s first and third goals. He is likely to be back on the bench when Aston Villa visit on Saturday but Guardiola insisted the teenager had taken his chance to impress.

“Phil has this quality to make box to box and this speed, It was a tactical decision why he played,” said Guardiola “He is a young guy, still room to improve. Last season one of the key games against Tottenham he played and played so good. More experience for him every minutes he played. He played in a high high level. He doesn’t have to prove anything to me.

“I was the guy who was in academy who said come and play with us. There is no person who trusts him more than me.”

Guardiola watched his team move to within one win of qualifying from Group C but it came at a cost after Rodri was forced off in the first half. The Spaniard suffered a hamstring strain and is set to be assessed by medical staff on Wednesday.