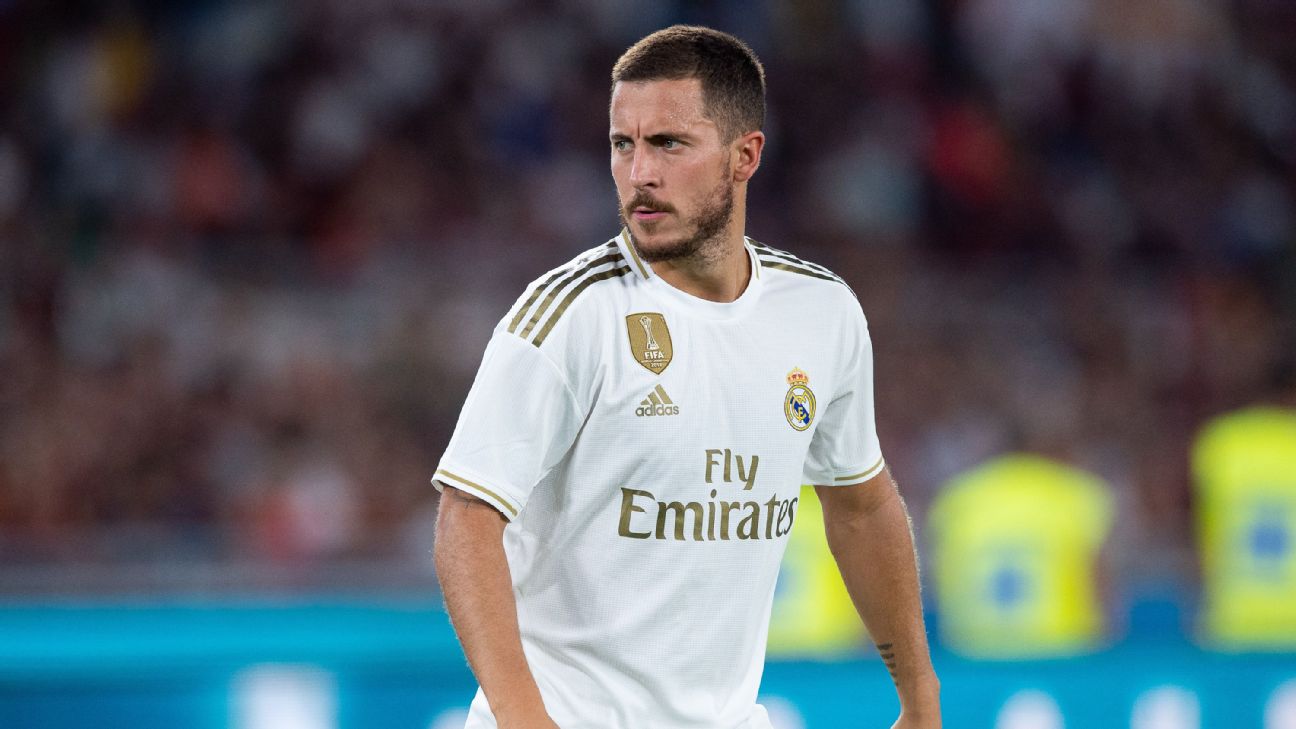 Real Madrid coach Zinedine Zidane has called on Eden Hazard to show his strengths in Saturday’s derby against Atletico Madrid.

Hazard, who joined Madrid on a five-year deal from Chelsea in June for a fee that could reach £130 million, missed the first three La Liga games of the season due to a thigh injury.

He has since made three appearances and is yet to score but Zidane said he is confident of success despite the slow start.

“We know the calibre of player we have,” Zidane said during a news conference on Friday. “He will show it at any moment. He did in [the 1-0 win against] Sevilla.

“Of course, everyone expects more from him and he is aware of that. We are behind him and he is with us. We just have to take it match by match because he is going to be the player we want with us, for sure.”

Zidane rested the 28-year-old in Wednesday’s 2-0 league win over Osasuna so that the forward would be fresh against Atletico.

The three-time Champions League-winning coach said he was confident that Hazard would have the type of match he had last weekend when he helped Madrid beat Sevilla. Los Blancos have now won four and drawn two of their league games, are top with 14 points, one ahead of second-placed Atletico.

“These types of players are prepared for these types of matches. I am not going to doubt Hazard nor any of the rest of the players,” Zidane said. “We are focused on playing a great match. We know that it will be complicated and that we will have to do everything right from the first minute to the last. We must be prepared.”

Asked whether Zidane had the players re-examine the 7-3 preseason defeat against Atletico at the International Champions Cup ahead of this derby, he said: “It has nothing to do with this. We haven’t seen anything [from that match].” He said the team was focused on staying atop La Liga.

“We’re in good shape and I’m sure they are too,” he said. “It’ll be a good game. The only thing that interests us about this game is there are three points at stake.

“We have a match in which we want to win. We will do everything to try to get the three points, the way we go about our thing doesn’t change. We know the difficulties we will have against a very good opponent, but they will have them too.”

Zidane could possibly have Luka Modric and Isco back from injury, but Marcelo‘s return is unlikely. However, he did not want to go into detail as to whether either of the two midfielders, who have trained with the club this week, would be available.

“You will find out tomorrow,” Zidane said. “They are all much better, that is the good news. But we will see how we things play out. All three have trained with us.”