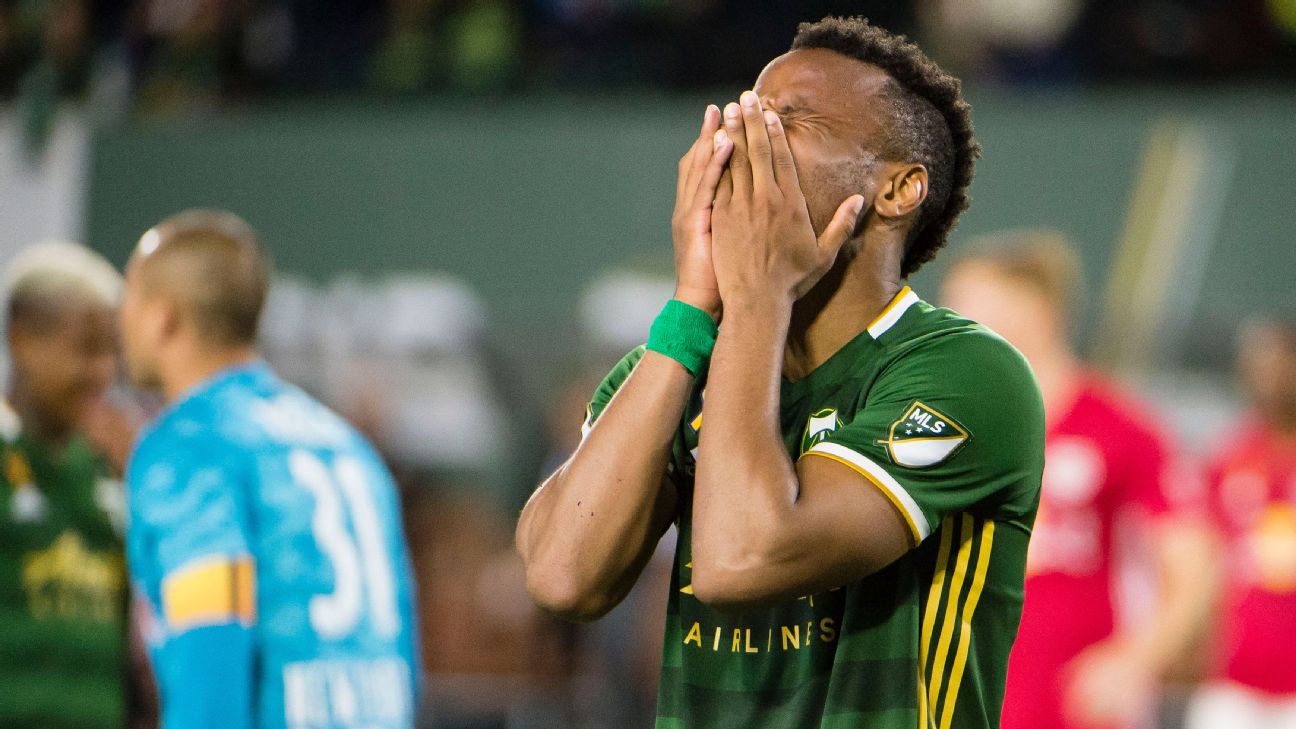 The Portland Timbers will try to get their house — and home form — in order before the playoffs slip away, while Josef Martinez aims to score for a 16th straight game and lead Atlanta to three more points in the chase for first in the East. Another big clash in the East featuring geographic rivals fighting for playoff positioning and that all-important home-field advantage highlights the weekend in Major League Soccer.

Here are the big storylines heading into the MLS weekend.

Portland on the brink of missing the playoffs

Giovanni Savarese’s Timbers had a tough start to the season, thanks in large part to the long road trip forced upon them by the renovations at Providence Park. All those road games and the poor results they fostered were supposed to be balanced out by a back-loaded home schedule. With 11 of their final 12 games at home to finish the season, the assumption was that the defending Western Conference champions would grab the points they needed to make the postseason.

After a 2-0 loss to the Red Bulls on Wednesday night, however, Portland has taken only 12 of a possible 24 points during this run. It’s starting to get a little desperate now, with the Timbers sitting in eighth place with four games left on the schedule. Sunday’s visit of an ascendant Minnesota United team — 3:55 p.m. ET, ESPN — is the next chance to right the ship.

Goals have completely dried up, with even Diego Valeri struggling to make his chances count.

The Loons won’t be pushovers, either, especially not with their improved defense led by Ike Opara. Minnesota is in a fight for second place in the Western Conference and the chance at home-field advantage all the way to a conference final. It will take the Timbers’ best effort to down a confident and ambitious United. The recent return to Adrian Heath’s good graces by Darwin Quintero makes the trip out to Portland extra intriguing for those keeping an eye on Minnesota.

Can Josef Martinez make it 16 games with a goal?

Atlanta’s Venezuelan scoring machine gets his next chance to extend his incredible record of consecutive games with a goal on Sunday when the Five Stripes welcome the San Jose Earthquakes to Mercedes-Benz Stadium on Saturday. Josef Martinez made it 15 straight matches with at least a goal when he hit for both tallies in Atlanta’s 2-0 win over FC Cincinnati on Wednesday night.

More importantly, the win kept Atlanta within touching distance of Philadelphia and NYCFC for the top seeds in the Eastern Conference. With the new MLS playoff format in place, securing a top seed and maintaining home-field advantage for as long as possible is top of the mind for Frank de Boer and his side.

Defending the championship gets a lot easier with a run of home games, and Martinez taking his streak to 16 would surely go a long way toward three more crucial points for the defending champions. Atlanta needs to grab back some mojo at home after last week’s 3-1 defeat at the hands of the also-ran Columbus Crew. San Jose, meanwhile, has lost two straight, both on the road, and is in danger of slipping out of the playoff places in the Western Conference.

– When do 2019 MLS Cup playoffs begin, and who’s in?
– MLS Playoff Picture: Will Zlatan, LA Galaxy make it?
– Carlisle: MLS vs. its most passionate fans
– Marshall: Could MLS, Liga MX actually merge one day?
– Stream MLS games all season long on ESPN+ (U.S. only)

Matias Almeyda remains confident, but recent results only highlight the difference between the Quakes on the road and the Quakes in the comfortable environs of Avaya Stadium.

Red Bulls vs. Philly: The other East Coast rivalry

The Philadelphia Union aren’t anyone’s first choice as rivals. DC United still has more animosity for the Red Bulls, ditto for the New England Revolution. NYCFC hasn’t been around long enough to start anything with the Union, and the Red Bulls? Well they, have the blue team across the river to worry about.

But the Union’s push to the top of the Eastern Conference makes them a target, and Sunday’s tilt against the Red Bulls at Red Bull Arena on Sunday is a massive game for both teams. The Union have been on a credential-building run of late, with a win vs. Atlanta and a draw with LAFC. Taking that run on the road and getting three points against the Red Bulls would only increase belief that this Union team will be a force to be reckoned with when the playoffs start next month.

New York broke a three-game losing streak with a road win in Portland on Wednesday and needs that momentum to carry over into Sunday’s game. Chris Armas cooled his warming seat just a bit with the victory, but his team is far from out of the woods when it comes to claiming a playoff spot.

Coming off of Wednesday’s win, Kyle Duncan could be an X factor out wide for the home side. The Red Bulls Academy product made a massive impact with the game winner and a late interception against the Timbers to help secure the win.