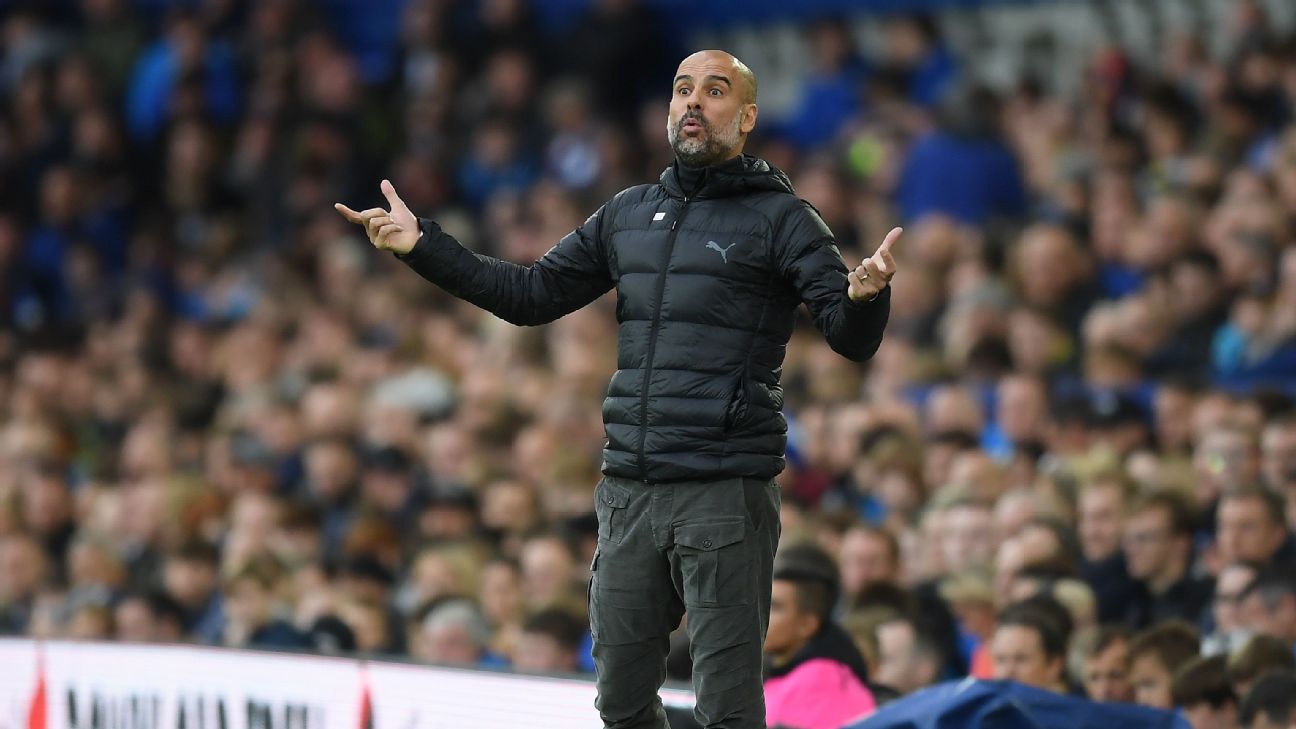 MANCHESTER, England — Pep Guardiola has said he will not “kill himself” to win the Champions League with Manchester City.

City face Dinamo Zagreb at the Etihad Stadium on Tuesday with Guardiola looking to add the only major trophy he has not lifted at the club.

The Spaniard’s last success in the tournament came in 2011 during his spell as Barcelona boss but he insists lifting the trophy again will not define his reign in east Manchester.

“I want to win it but if I don’t, it will not change my life, I am not going to kill myself,” Guardiola told a news conference.

“In my first press conference it was the same question. You are here to win the Champions League and I say I spoke to Ferran [Soriano], Khaldoon [Al Mubarak] and they didn’t tell me that.

“Barcelona is my club in my heart and 1992 was the first one and Barcelona was born a long time ago. I am sorry, I am not going to live the next 10 months thinking if I don’t win the Champions League it would be a disaster because my life is quite good.”

Since moving to the club in 2016, City have failed to get beyond the quarterfinals under Guardiola.

Guardiola revealed in a poll undertaken by the club, City supporters suggested they would rather win a third Premier League title in a row than lift the Champions League.

But he has called on fans to get behind the team in the competition because otherwise they will not be able to win it.

“I know for the fans it’s the Premier League that’s most exciting,” Guardiola added. “We know that as a club, we’ve done polls, and the people prefer by far to win the Premier League than the Champions League. I know how special it is. But this competition is nice too. They have to live it as a dream.

“That’s a reality of our club, we have to accept it. We have to seduce them so they realise how it’s important.

“I’ve a feeling we are closer but this competition is an incredibly high level, anything can happen. All I can do is say to our fans ‘come to join us and support us, these guys deserve it.”

Zagreb arrive at the Etihad having won their last two games by an aggregate score of 11-0, and recorded a surprise 4-0 win over Serie A side Atalanta in their first group game.

Guardiola is considering starting either Eric Garcia, 18, or Taylor Harwood-Bellis, 17, at centre-back because of injuries to Aymeric Laporte and John Stones.

Spanish midfielder Rodri is also an option to partner Nicolas Otamendi at the back if Guardiola decides to rest Fernandinho.

“I think it is a good thing we have players that can play in many positions,” said Rodri.

“It is a tough moment for the team, but this only makes us stronger for the next months. We have to be all together. It is not excuse.

“We can’t give up in our challenge this year. We must keep going and fight in all the games. I think we have enough players to deal with this problem.”