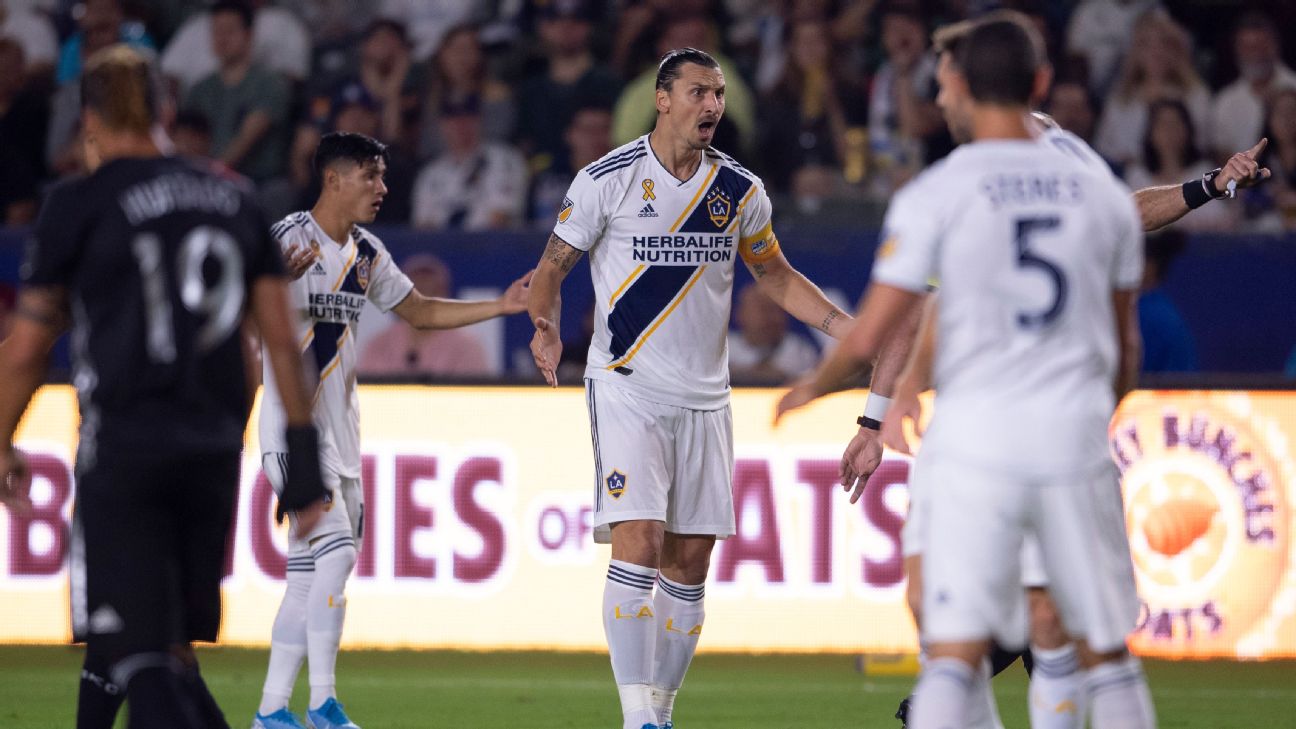 Zlatan Ibrahimovic has claimed he is the ‘best ever’ player to feature in Major League Soccer after scoring a hat trick in LA Galaxy’s 7-2 rout over Sporting Kansas City on Sunday.

The goals saw Ibrahimovic make history for Galaxy, breaking the franchise’s single season scoring record having now scored 26 goals in 25 starts during the 2019 season. He takes the record from Carlos Ruiz, who netted 24 times in the 2002 season.

After breaking that record, Ibrahimovic said he is worthy of being labelled the best player in MLS history.

“I think I am the best ever to play in MLS. And that, without joking,” Ibrahimovic said.

The former Barcelona, Paris Saint-Germain and Inter Milan striker, who joined Galaxy on a free transfer from Manchester United in 2018, has now scored 48 goals in 51 appearances in MLS.

“It’s good. I said from the first day I came that I’m not here for vacation,” Ibrahimovic added. “I’m here to perform and show everybody what the game is about. I think the two years I’ve had here, I’ve done good things. Amazing things. Perfect things.

“I just have to keep doing, keep being in shape and help my team in the best way, and that is by scoring goals.”

With four games to go in the regular season, the thrashing of Kansas City saw Galaxy climb into the playoff spots having fallen out of the top seven of the Western Conference after going four games without a win.

With the team back on track, coach Guillermo Barros Schelotto believes the performances of Ibrahimovic will be vital to the side in securing a spot in the post-season.

“I think it’s not easy, because he’s Zlatan. In big games, he appears,” Schelotto said. “He appears every day, every game, every time, but especially in the moments that are very hard for his own team, and he is on the pitch. That is the reason he is Zlatan, obviously.

Ibrahimovic, too, said Galaxy are brimming with confidence heading into the final weeks of the regular season following the blowout victory.

“We need all the points we can get to get to the playoffs and today was a nice win,” Ibrahimovic said of the team’s performance. “To score a lot of goals, looking at the result, it might look easy, but it was not an easy game. We played against a good opponent and they play very good football. First half, both teams were playing good, and in the second we were stronger.

“If you look at the last game, we were unlucky with the decision of the referee also and that killed us a little bit. But today winning 7-2, hopefully we can get this confidence, hopefully we can bring this confidence with us to the next game. We show everybody that when we want, we can do it. Everyone should fear us as long as we come into the playoffs.”