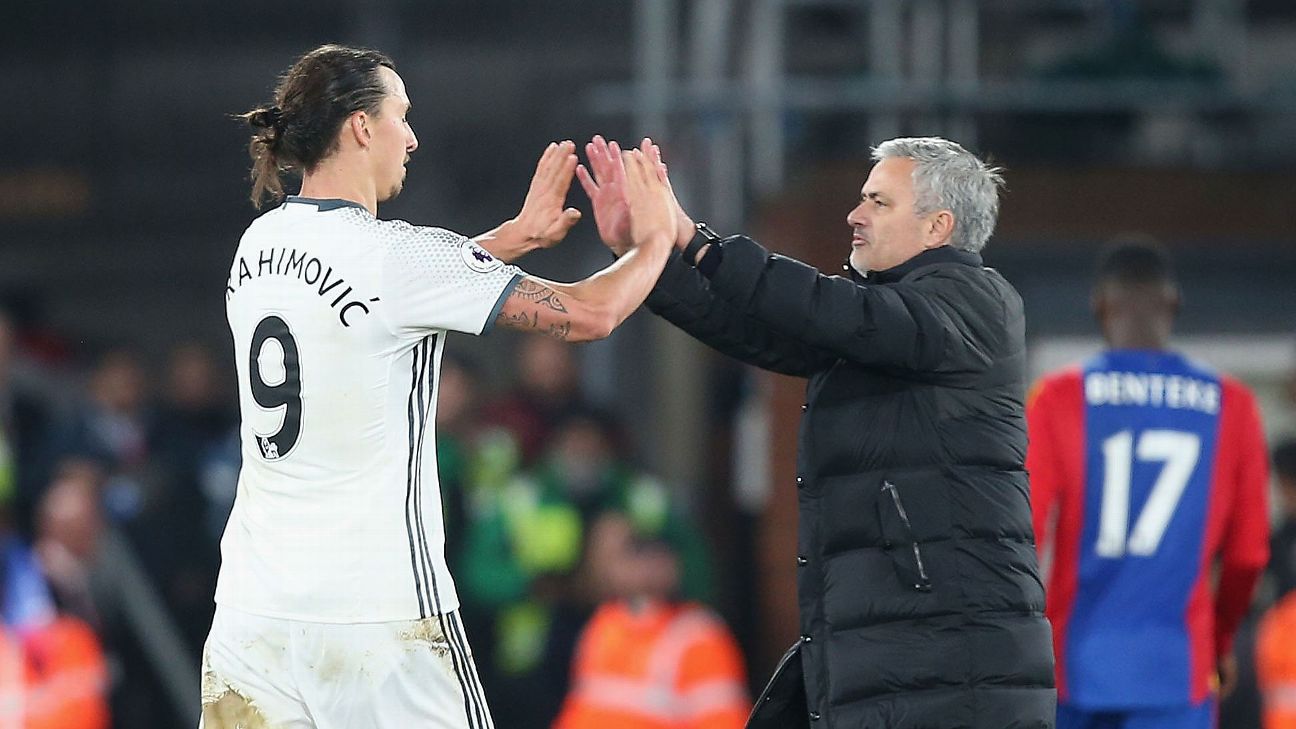 LA Galaxy forward Zlatan Ibrahimovic has said Jose Mourinho is “still the Special One,” but continued his long-standing criticism of Pep Guardiola.

Ibrahimovic spent a total of 18 months working with Mourinho at Inter Milan and later Manchester United, winning a Serie A title in Italy and later a Carabao Cup and Europa League at Old Trafford.

Despite huge success in the early part of his career, Mourinho has won just two league titles since 2010 and failed to reach a Champions League final since winning the Treble with Inter that season. However, Ibrahimovic has backed the Portuguese manager to rediscover his winning touch.

“We still stay in touch, he had an incredible impact on my career,” Ibrahimovic told La Gazzetta dello Sport. “He is still the Special One — a winner.

“I hope he returns to a bench soon and I am certain he will win straight away.”

Ibrahimovic’s first spell with Mourinho ended in 2009 after 12 months when he signed for Guardiola at Barcelona, and the Swede has been regularly critical of Guardiola since.

“We never had a confrontation, only down to him,” Ibrahimovic said of Guardiola. “When we faced each other, he hid from me.

“I went back to the dressing room after the game and he was in a room waiting for me to leave. At the door, one of his assistants told him: ‘Ibra has gone, you can come out now.’

“He is phenomenal manager, but as a man…”

Ibrahimovic, 38, also refused to rule out a return to Italy and suggested he would become an immediate fan favourite should he join Napoli.

“I would like to go to a team which is aiming for the title, I can still make the difference,” he said. “I am not a zoo animal which people come to see, I can score 20-plus goals.”

He added: “After watching the recent documentary about [Diego] Maradona, I’d be quite keen to experience Napoli, maybe replicate what Diego achieved.

“With me, San Paolo would always be full and [Carlo] Ancelotti is a great manager. But the final decision would be depend on several things.”