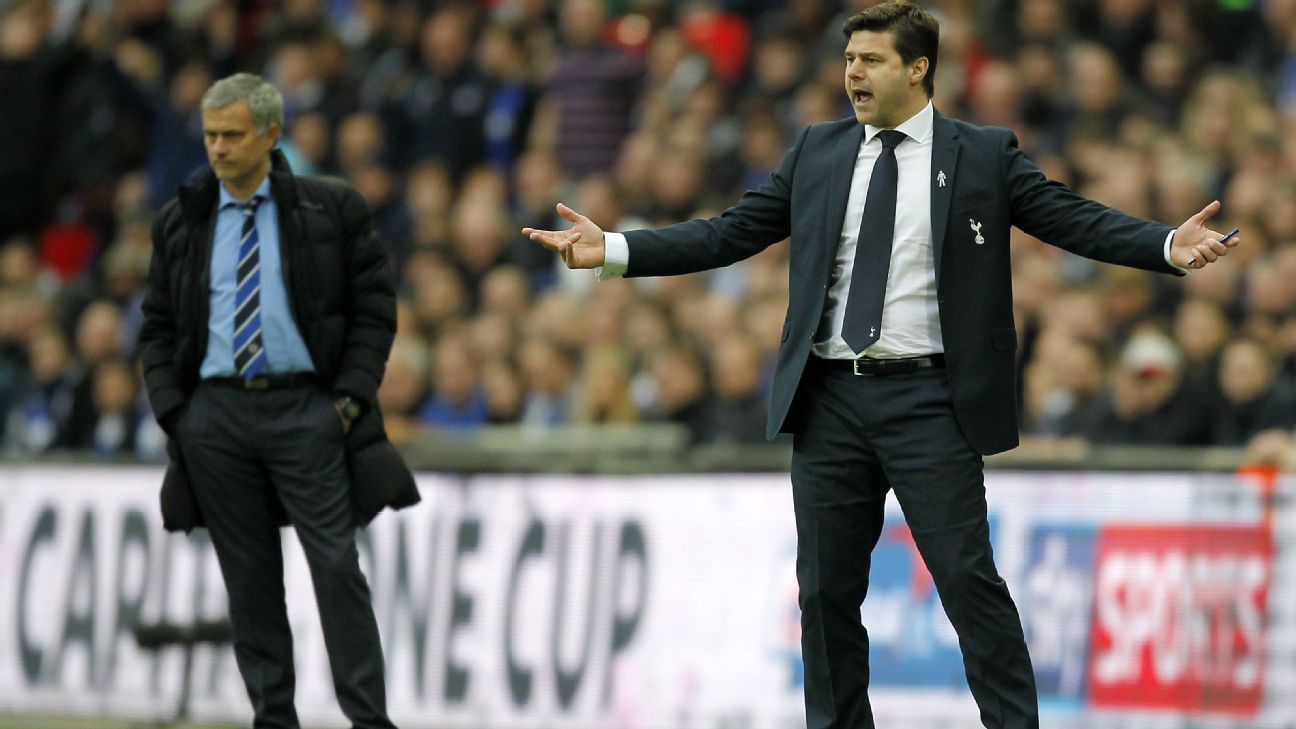 Mauricio Pochettino has always spoken highly of Jose Mourinho and has great respect for the former Chelsea, Real Madrid and Manchester United manager, even describing him as the “best in the world” in January 2018, but there are signs that the Tottenham coach is now beginning to adopt the more destructive elements of the Portuguese’s character.

For so long, Spurs under Pochettino have appeared to be a team on the up, with everyone marching in unison towards the same goal of delivering tangible long-term success to the club. But the cracks in the facade are starting to show and Pochettino is doing as much as anybody to inflict the damage.

Tuesday’s Carabao Cup defeat on penalties to Colchester United, who are 10th in League Two, was a humiliation for a Spurs team that contested the Champions League final less than four months ago and, perhaps unsurprisingly, it prompted a brutal assessment of his players’ shortcomings by Pochettino after the game.

Pochettino spoke of “different agendas” within his squad and the need to “build togetherness” among “unsettled” players. If his postmatch remarks were an isolated incident, they could be taken as a natural release of frustration after seeing a route to silverware closed off by a team three divisions below the Premier League. But Pochettino has been chipping away for months now, with the Argentine allowing the build-up to June’s Champions League final against Liverpool to be dominated by speculation over his future and whether he would leave the club in the summer.

Since then, he has admitted during the preseason tour of Singapore that he would probably have quit had Spurs won the Champions League in Madrid, has complained about the club’s transfer policy and been heavy-handed in his dealings with midfielder Christian Eriksen, who lost his place in the starting line-up after refusing to sign a new contract.

Rewind just over 12 months and there are similarities between Pochettino’s recent approach and Mourinho’s during what turned out to be his final six months at United. Harmony has gone out of the window and Pochettino is becoming increasingly outspoken, both against his bosses in the boardroom and the players in the dressing room.

It is never a good combination for a manager to fight battles on two fronts, as Mourinho discovered at United, and also at Chelsea, where his previous reign ended in December 2016 after months of sniping at his players and distracting off-field controversies. In both instances, bad results ultimately cost Mourinho his job, but the mood music did not help in either situation.

In Pochettino’s defence, he is not in Mourinho’s league yet when it comes to damaging power battles, but the early signs are there and it does not bode well for him or Spurs.

Recent results offer proof that something is not right. The Colchester defeat was bad enough, but in the Premier League, Spurs have lost 10 times in 2019 — more than any of their “Big Six” rivals — and have not picked up three points on the road since January.

The excuse of playing at Wembley no longer works, considering Spurs have been in their new stadium since April, but the return to their roots has done little to develop a sense of unity. Even Harry Kane, the poster boy of Tottenham’s rise to prominence in recent years, has begun to question the development of the team by voicing his frustrations after a 2-0 lead was thrown away during the 2-2 Champions League draw against Olympiakos in Athens last week.

“We’re not young any more, we’re not inexperienced,” he said. “We’ve played in a big games for club and country. I can see why the manager is frustrated because he’s been here for six years now and we’re still making similar mistakes to the ones we were in his first year.”

Those mistakes could be down to Pochettino, or a result of the players not listening to his message, but either way it reflects badly on the coach because, whatever his message is, it is not getting through.

It was a similar story at both Chelsea and United under Mourinho. Over time, players can switch off from the instructions of their manager and the only way to solve that problem is by changing one or the other. Managers tend to be the fall guy in that situation and perhaps that is why Pochettino is beginning to be more critical and outspoken, because he has to spark a reaction somehow.

There is no doubt that Pochettino is cutting an unhappy figure right now and the next two games, against Southampton and Bayern Munich — both at home — could be crucial in shaping his future. He simply has to find a way to stop the rot in the Premier League, but the draw against Olympiakos has also increased the pressure to beat Bayern in the Champions League next Tuesday.

These are challenging days for the Tottenham manager, but if he continues to go down the Mourinho path of confrontation and criticism, it is difficult to envisage a positive outcome.