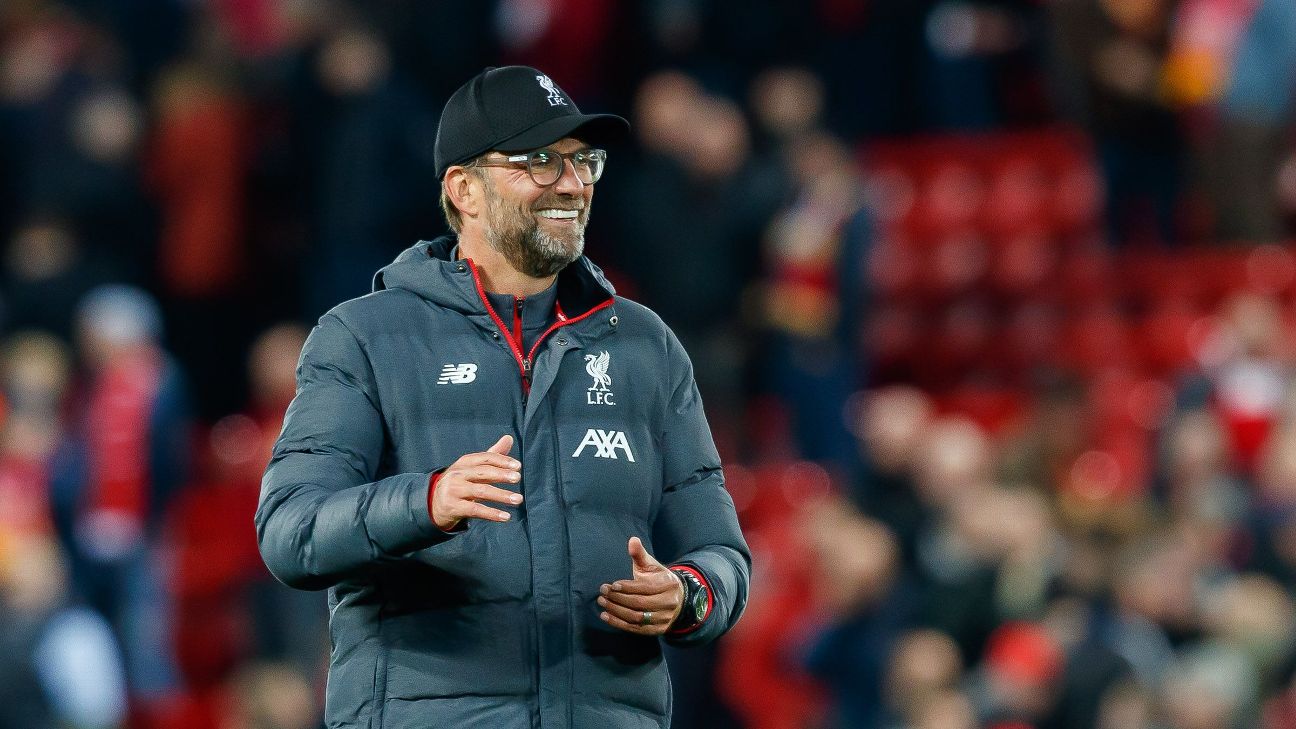 Only Liverpool and Manchester City have won more points in the Premier League than Leicester since Rodgers was appointed in February.

“Leicester are built like you would like to build a team,” Klopp told a news conference. ”Brilliant team.

“What they do is really good. exciting, fresh, defend well, play football and are especially threatening in counter attacks. Congratulations to them. The reception will be good but it is not a friendly game!”

Klopp replaced Rodgers at Anfield in 2015 and continues to live in the same house where Rodgers stayed during his three-year period at the club.

Rodgers won back-to-back domestic trebles with Celtic and he will return to Merseyside for the first time since his departure.

“I hope the reception from the fans will be OK,” Klopp added. “From my side it’s fine. We pay enough rent to him, I’m not sure he has to work! He’s doing really well, eh? I’m not surprised about that. He did an incredible job at Celtic, now at Leicester.”

Klopp also said that goalkeeper Alisson is unavailable to face Leicester on Saturday along with Joel Matip and Xherdan Shakiri.

Alisson has been out of action since sustaining an injury in the 4-1 league win over Norwich in August and said he is anxious to return.

“The anxiety is there believe me,” Alisson told ESPN Brazil. “Look, we are already in the final sprint. I am having normal training sessions.

“I believe that next week I will be on the field with the team without restrictions. But it takes a while to catch up with the training pace. It was a very slow process due to the severity of the injury.

“I don’t want to go back and be injured again or not play my 100 percent. I want to prepare well. Let’s see what going back to practice will be like. If I feel good, I will be practically fit to play.”