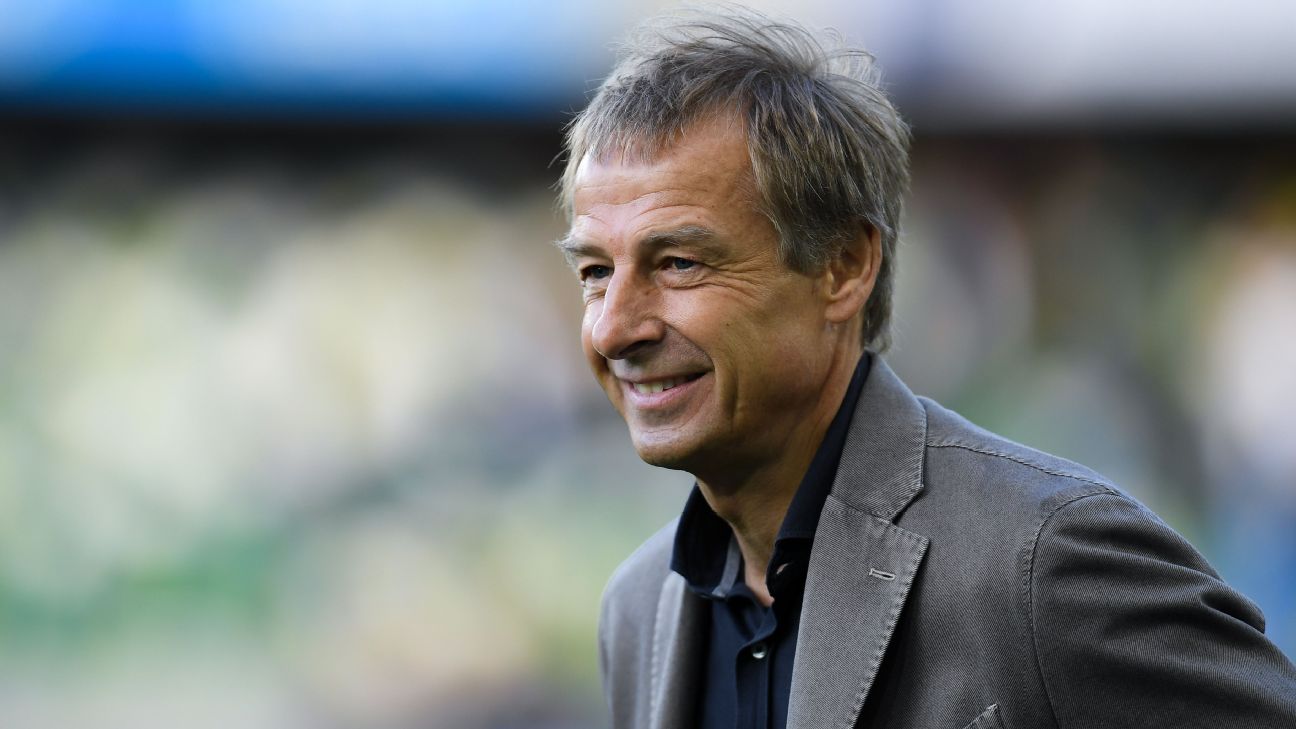 Jurgen Klinsmann wants Hertha Berlin to follow Liverpool’s example as he targets turning the club into a European power.

Berlin has not been represented in the Champions League since 2000, while across Europe teams from the capital cities of France, Italy, Spain and England regularly participate in the competition.

– ESPN+ gets Bundesliga rights starting in 2020

Named to the supervisory board in early November and appointed as interim coach last week amid a relegation battle, Klinsmann has outlined his vision for Hertha in an interview with DAZN.

“Berlin is longing for things to happen here now in the future,” former United States head coach Klinsmann said. “That people take the club in their hands and get it up to position in Europe sooner or later.

“I do believe that the identification can be like or maybe already is like you feel it in Liverpool when walking through Liverpool.”

However, the city-owned Olympiastadion, a giant concrete bowl built for the 1936 Summer Olympics and brought into shape for the 2006 World Cup, has not helped Hertha’s efforts to build a big fanbase in the German capital.

The club have plans to play in their own stadium, but the city of Berlin has not been forthcoming helping the club to find a place for the new arena, something that Klinsmann hopes to change.

“Someone has to speak it out loud,” he said. “I believe that the Berliners have the inner wish to see a Hertha Berlin which one day has its own stadium, its own thing. They want a club playing in Europe, one which is positioned more than regional.

“It’s a very special city, there are no two opinions. You must own up to it. A lot is possible. It’s our capital. There must be a beginning.”

For now, Hertha Berlin must end a five-match losing streak at Eintracht Frankfurt on Friday night. Following the 2-1 defeat to Dortmund last weekend, Hertha are in the relegation playoff place and Klinsmann is aware that in the short-term the club must start climbing the table.

“We need results, we need points now,” he said. “You jump into the cold water and start swimming. And I think the lads didn’t swim all that bad against Dortmund.”