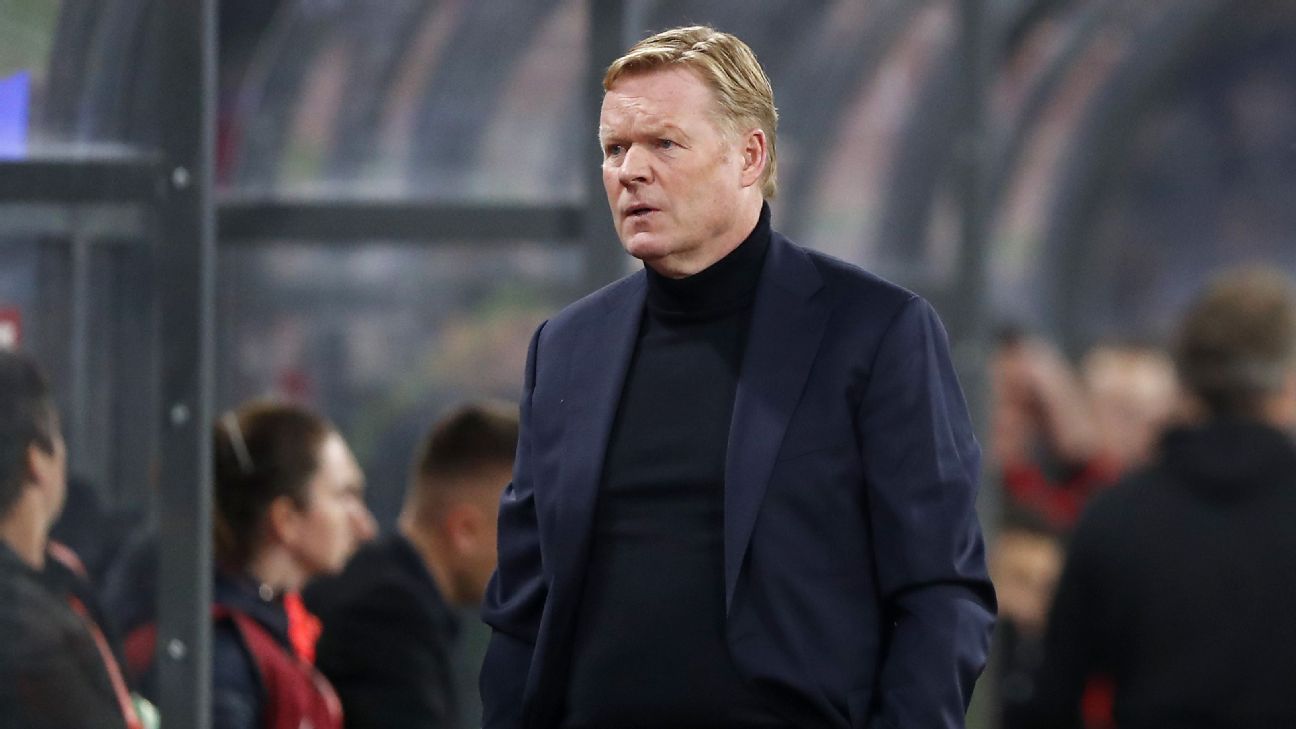 Ronald Koeman will not quit his role as Netherlands head coach before the European Championships in 2020 but said he could leave for Barcelona next summer.

Nico-Jan Hoogma, the sporting director of the Dutch Football Federation [KNVB], recently revealed the existence of a clause that would allow Koeman to move to Barca, providing the Catalan club are interested in him and prepared to pay a fee.

However, Koeman, who played at Camp Nou between 1989 and 1995, has stressed the clause does not come into effect until after Euro 2020, where he hopes to lead a young, talented Dutch side to success.

“I can safely say that I will not leave my position as coach [of the Dutch national team] for any club [before the tournament],” he told Fox Sports Netherlands.

“[The clause] is only relevant to Barcelona and it only comes into play after the European Championships. I am not leaving now, that is 100% certain.

“After the European Championships, there is an evaluation moment and, who knows, maybe the KNVB will say: ‘We have performed so badly at the Euros, we are not going to continue together.’ But I also have the opportunity to leave for one club. And there’s only one club [included in the clause].”

Koeman, whose CV includes Ajax, Valencia and Everton, among others, took over the Netherlands in 2018. The Oranje have failed to qualify for a major tournament since 2014 but have improved under Koeman. They reached the UEFA Nations League final earlier this year, losing to Portugal.

Koeman also said he regretted that the clause had become public knowledge.

“I found it unfortunate that it was brought to light. I’m not angry, but we [Koeman and Hoogma] talked about it,” he added. “A white lie can sometimes be good. I tell them from time to time.”

Barca sounded out Koeman when Luis Enrique announced that he was quitting in 2017 before eventually opting for Ernesto Valverde, who was the Athletic Bilbao coach at the time.

Valverde won La Liga in each of his first two seasons in charge at Camp Nou but has found himself under increasing pressure since last season’s 4-0 Champions League semifinal defeat to Liverpool at Anfield, where Barca had won the first leg 3-0.

Barcelona sit top of the table after 11 games, but losses to Athletic, Granada and most recently at Levante this weekend, coupled with some poor performances, have seen questions asked of the coach. Valverde has a contract at the club until 2021.