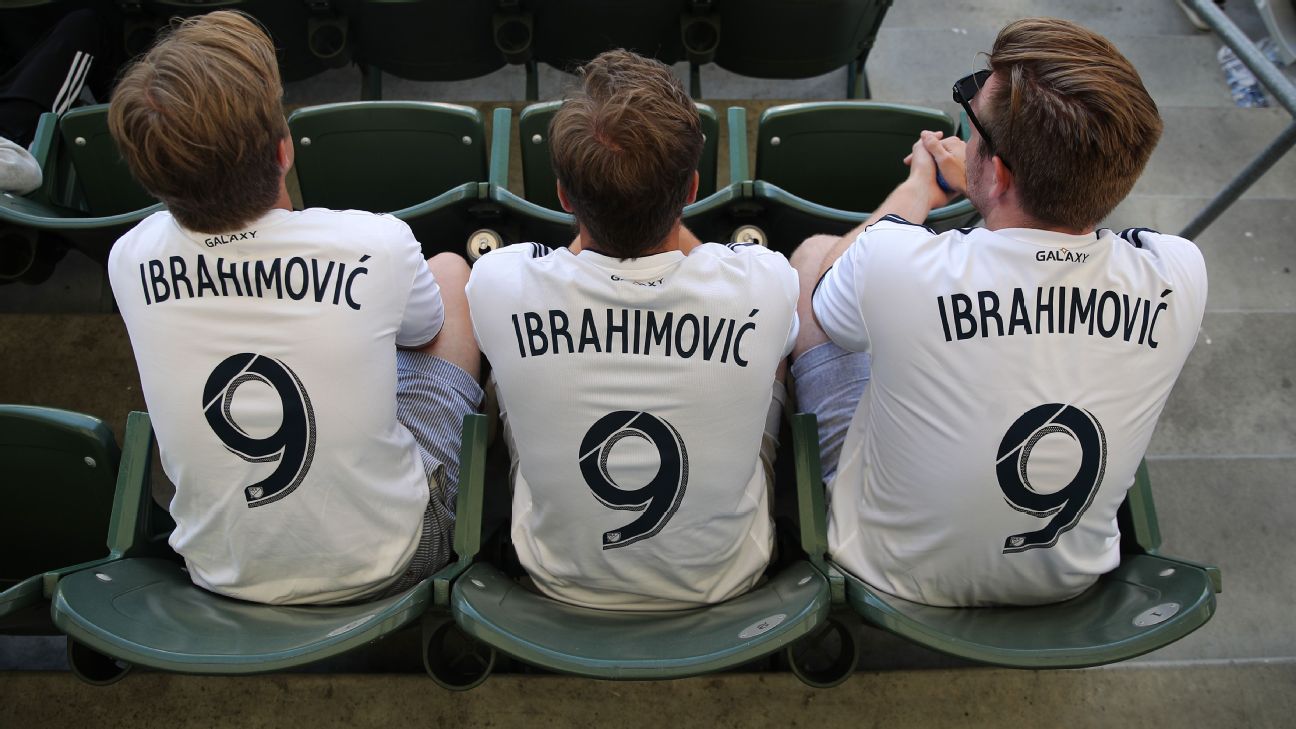 Ibrahimovic, 38, was the No. 1 seller last season and he has beaten fellow MVP candidates Josef Martinez and Carlos Vela to the top spot in 2019.

The ranking is based on overall retail sales of adidas MLS jerseys on MLSstore.com since the beginning of 2019.

Ibrahimovic has enjoyed an impressive second season in the U.S., scoring 30 goals in 29 appearances and providing seven assists.

The forward was also the highest paid player in MLS this season, earning a league record $7.2 million this season.

There will be changes to the list next year with Rooney leaving MLS to join English side Derby County, whilst Schweinsteiger is retiring from football at the end of the season.

Seattle Sounders forward Jordan Morris (sixth) is the only U.S. international to make the top 10.