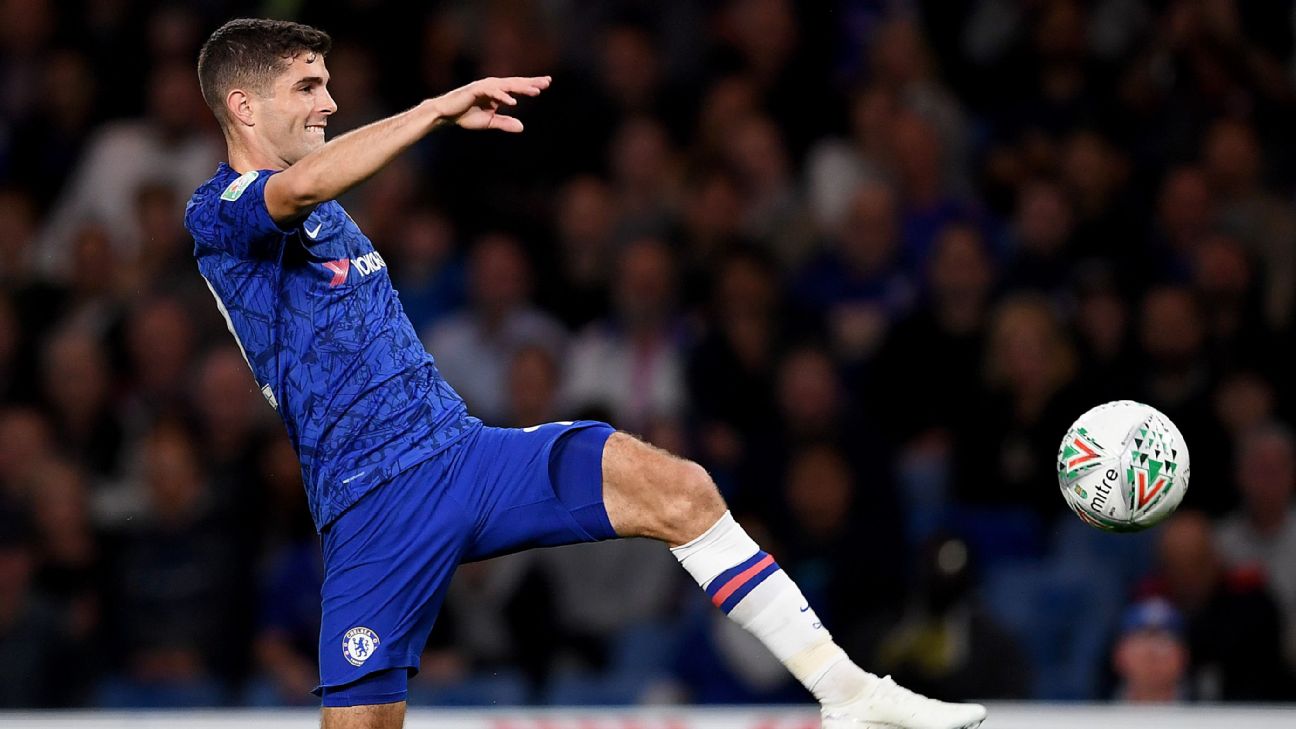 Pulisic signed for Chelsea from Borussia Dortmund in January, but was immediately loaned back to the Bundesliga side before joining the Blues this summer.

Speaking ahead of Chelsea’s league clash with Brighton this weekend, Lampard said of the United States international: “Pulisic we forget is 21, because of the price tag.

“It is normal to have an adaptation period. He has shown some good moments this season and in preseason, but he must do it daily.”

Pulisic joined Chelsea for a fee of £54 million, and has not yet scored in six appearances for the club in all competitions.

“He needs time to adapt, but we support him on that,” Lampard said. “His time will come.

“A huge part of any manager’s job is to sit and work with the players — younger or older, but with younger players you want to pass on more knowledge and help them.

“Sometimes it is being tough. I try to do that as much as possible.”

Lampard also provided updates on the fitness of a number of his players, saying that defender Antonio Rudiger will miss the Brighton fixture due to a groin issue, while Emerson‘s hamstring injury will keep him sidelined until after the international break next month.

Likewise, Ruben Loftus-Cheek is not likely to return in the immediate future.

“We can’t give a date,” Lampard said, “but he’s outside jogging slowly.

“That’s a positive move for this week. It’s good to see him outside. We will see how that goes over the next weeks.”

Lampard added that Andreas Christensen is expected to feature in the Chelsea squad to face Brighton, while Olivier Giroud‘s involvement is uncertain.

Former Chelsea player Lampard took over as manager this summer and his side have experienced mixed fortunes in the Premier League, winning two, drawing two and losing two.

They have also suffered two defeats in Europe — one to Liverpool in the UEFA Super Cup and one at home to Valencia in the Champions League — but defeated League Two side Grimsby 7-1 in the Carabao Cup this week.