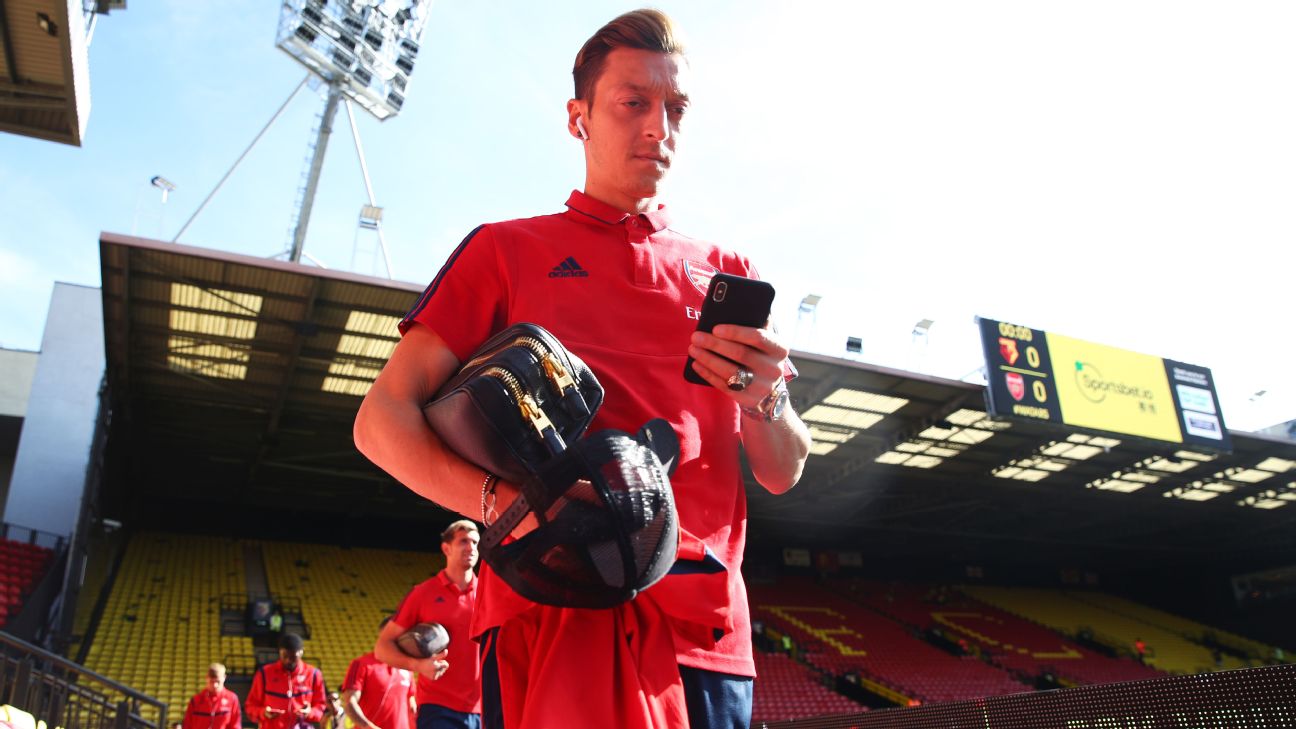 Arsenal could be set to send German star Mesut Ozil out on loan in January, The Mirror reports.

Ozil, 30, was once considered to be one of the top players in the Premier League — and arguably all of Europe. Over the course of the last few months, however, he has quickly become one of Arsenal’s biggest scapegoats in recent memory.

The belief is that they would have to subsidise his wages in order to force through a loan deal in the January transfer window, as Ozil continues to struggle to force his way into the first team at the Emirates. With weekly wages of up to £350,000-per-week, Arsenal are willing to get a deal done so long as the ex-Real Madrid playmaker gets some playing time.

Manchester United manager Ole Gunnar Solskjaer has confirmed that the club will go after attacking players in the next summer transfer window, The Telegraph reports.

Recent departures and injuries within the club have left Solskjaer at something of a crossroads, and in preparation for United’s big game against Arsenal, the Norwegian has opened up about what could be next for the Red Devils.

“Of course, we let Alexis and Romelu go, you don’t have to be a rocket scientist to see that it’s forward that next time we’re going to recruit. We’re looking for some creativity and goals,” Solskjaer stated.

Goal is reporting that Juventus forward Mario Mandzukic is on the shortlist of Manchester United ahead of the January transfer window.

The veteran forward was said to be on the verge of moving to Old Trafford during the summer transfer window, but the two parties were unable to come to an agreement as United also went ahead with a move for Paulo Dybala.

The report suggests that Juve would require a fee of around £9 million, and when it comes to Mandzukic himself, the Croatian would not be anticipating a drop in his current £4.5m yearly salary.

A potential deal for Mandzukic would come in the wake of recent injuries to Anthony Martial and Marcus Rashford. Mandzukic was in recent talks with Qatari side Al-Rayyan but the two sides were unable to come to an agreement.

– Calciomercato reports that Manchester United midfielder Nemanja Matic is a target for Inter Milan. Manager Antonio Conte is familiar with Matic’s work having trained him during their time at Chelsea. While Matic is slowly starting to work his way back into the starting XI at Old Trafford, Inter are certainly open to the possibility of making a move for the Serb.

- Former Chelsea star Oscar (Yes, that one!) could be set to make his return to European football, Calciomercato reports. The 28-year-old joined Shanghai SIPG back in 2017, but is now said to have regretted his decision to make the move over to China. The Brazilian was offered to Inter Milan back in the summer, but after the move failed to come to fruition, it could now be back on with Oscar’s contract set to expire and him soon to be a free agent.