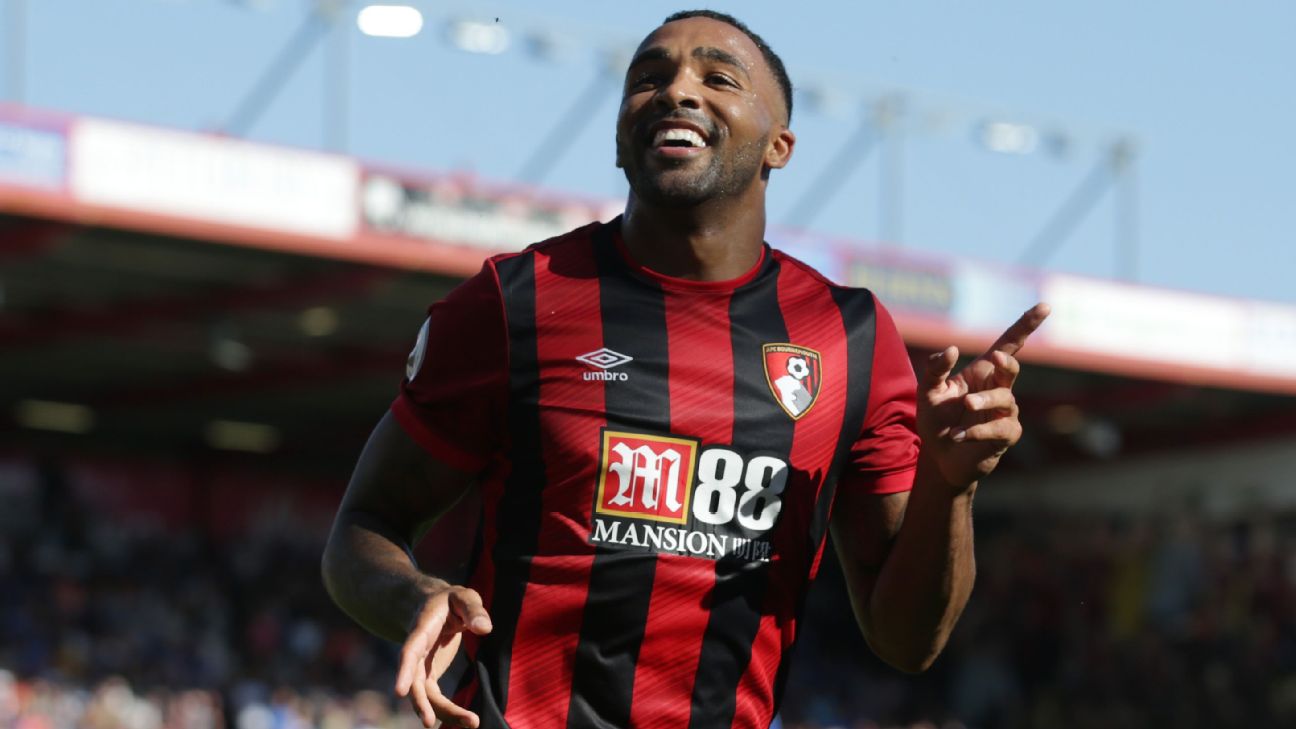 Chelsea are so confident of having their transfer ban lifted in time for the January window that they are already lining up moves for a new striker to arrive midseason, according to The Sun.

Bournemouth striker Callum Wilson and Leipzig forward Timo Werner are candidates to come to Stamford Bridge and compete with Tammy Abraham for a starting spot.

England international Wilson, 27, has scored five goals in nine Premier League appearances so far this season, while 23-year-old Werner has netted eight time for Leipzig and once for Germany already this term.

The Sun reports that Chelsea’s legal team believe their appeal to the Court of Arbitration for Sport will lift the second part of the FIFA-imposed transfer ban, which already saw the Blues unable to make any signings in the summer.

08.00 BST: LA Galaxy forward Zlatan Ibrahimovic said that he has not decided on his future following his team’s 5-3 loss to LAFC in the Western Conference semifinals on Thursday (stream the replay of the match on ESPN+ in the U.S.).

Ibrahimovic had a goal and an assist in the game but it wasn’t enough as LAFC advanced to the MLS Western Conference final in the first postseason edition of the city rivalry.

When asked where he’ll be playing, Ibrahimovic said it’s “too early to speak” on whether he’ll return for another season with the Galaxy.

“I have another two months [on my contract],” Ibrahimovic said after the match. “We’ll see what happens…[If I stay], then MLS is good, because the whole world will watch it. If I don’t stay, nobody will remember what MLS is.”

Tuttomercatoweb is reporting that Chelsea scouts were present at Lazio’s clash with Celtic tonight in order to take a look at Sergej Milinkovic-Savic.

The midfielder has been a target for a series of top clubs across European football in the last few years, with one of the major issues being the set price. With Chelsea boss Frank Lampard looking to add to the Blues’ ranks, it seems as if they’ll be going all in on a few new acquisitions once their transfer ban comes to an end.

Milinkovic-Savic assisted in the build-up for Lazio’s opener tonight as they lost 2-1 to the Scottish champions.

The World Cup winner isn’t happy with his current position at the club and could even look towards leaving in the January transfer window. Inter, on the other hand, are going in search of a back-up forward to Romelu Lukaku.

Muller, 30, has been with Bayern since the age of 10, signing his first professional contract with the club back in 2009.

– Former Manchester City midfielder Jack Rodwell is heading to Italy in order to move closer towards a shock move to Roma, Daily Mail reports. The 28 year old is currently a free agent after leaving his last club Blackburn Rovers, and is set for his first move outside of England with preparations being underway for a medical to take place.

– Red Bull Salzburg forward Erling Braut Haaland caused a stir on Wednesday night after borrowing a celebration from Liverpool star Mohamed Salah during his side’s 3-2 loss to Napoli in the Champions League, the Mirror suggests. Haaland’s intriguing actions come after recent speculation that the European champions are interested in bringing the youngster to Anfield.

– Roma are considering a possible move for Emil Hallfreosson, Gianluca Di Marzio reports. The former Udinese star has been without a club since leaving earlier this year, whereas Roma are keen to bring in a few new faces following a string of unfortunate injuries within their first team squad.