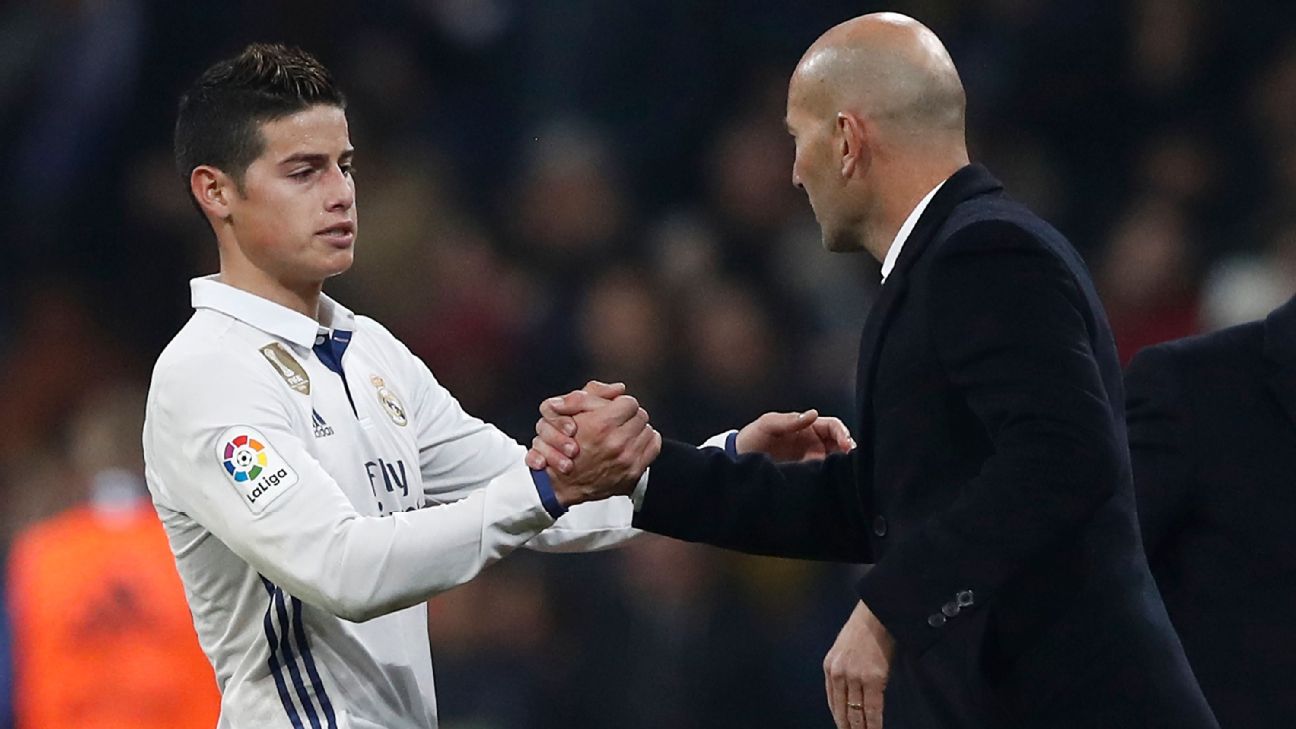 Marca is reporting that Real Madrid star James Rodriguez has rejected the idea of a move to Premier League side Arsenal.

The Gunners had been contemplating the possibility of making a move for the Colombia international during the January transfer window, with it being well known that his future at the Bernabeu is uncertain. However, it doesn’t seem as if getting a deal done is going to be quite so simple, as James appears determined to stay with Los Blancos and attempt to win over manager Zinedine Zidane.

James hasn’t featured much so far this season, mainly due to injuries, but still hopes he can turn things around.

08.45 GMT: Mundo Deportivo reports that Paris-Saint Germain are already keen to make the signing of Sergio Rico from Sevilla permanent. The goalkeeper joined PSG on loan on transfer deadline day, though he has only made one appearance so far.

Following his recent Champions League snub, it seemed as if Sancho leaving would become an even more realistic possibility, and now the story is really gathering steam. The England international is believed to have been late for both a team briefing as well as a team training session prior to the game against Barcelona, which has sealed his fate in the eyes of the club.

Real Madrid are interested in securing his services, and there’s also plenty of interest from the Premier League, with Manchester City, Liverpool and Manchester United all in the hunt for the €130 million-rated youngster.

Sporting Lisbon star Bruno Fernandes is still interested in leaving the Portuguese club even after signing a new contract, the Daily Mail reports.

The brand-new deal is set to run until 2023, with the release clause being set at €100 million. He’s now the highest-paid player at the club, but Fernandes is still eager to explore options outside of Sporting.

This will serve as music to the ears of Tottenham Hotspur and Manchester United, both of whom have made it clear that they want to bring him over to the Premier League. If they’re going to do so, they could even seal his signature for a fee lower than the release clause — around €70 million — courtesy of a “gentleman’s agreement” between Sporting and Fernandes.

– Kicker is reporting that Borussia Dortmund are believed to be interested in trying to sign Olivier Giroud. The Chelsea forward is frustrated with his lack of playing time at Stamford Bridge, with Dortmund going in search of another forward. If the deal is going to happen, it’ll likely take place during the upcoming January transfer window.

– Chelsea star Willian wants to remain at the club despite heavy speculation over his future, the Mirror reports. The Brazil international, 31, was known to be a target for several top European sides, although while he has said that the Blues’ youngsters make him feel young again, he also admitted that there has been no new offer yet from the club.