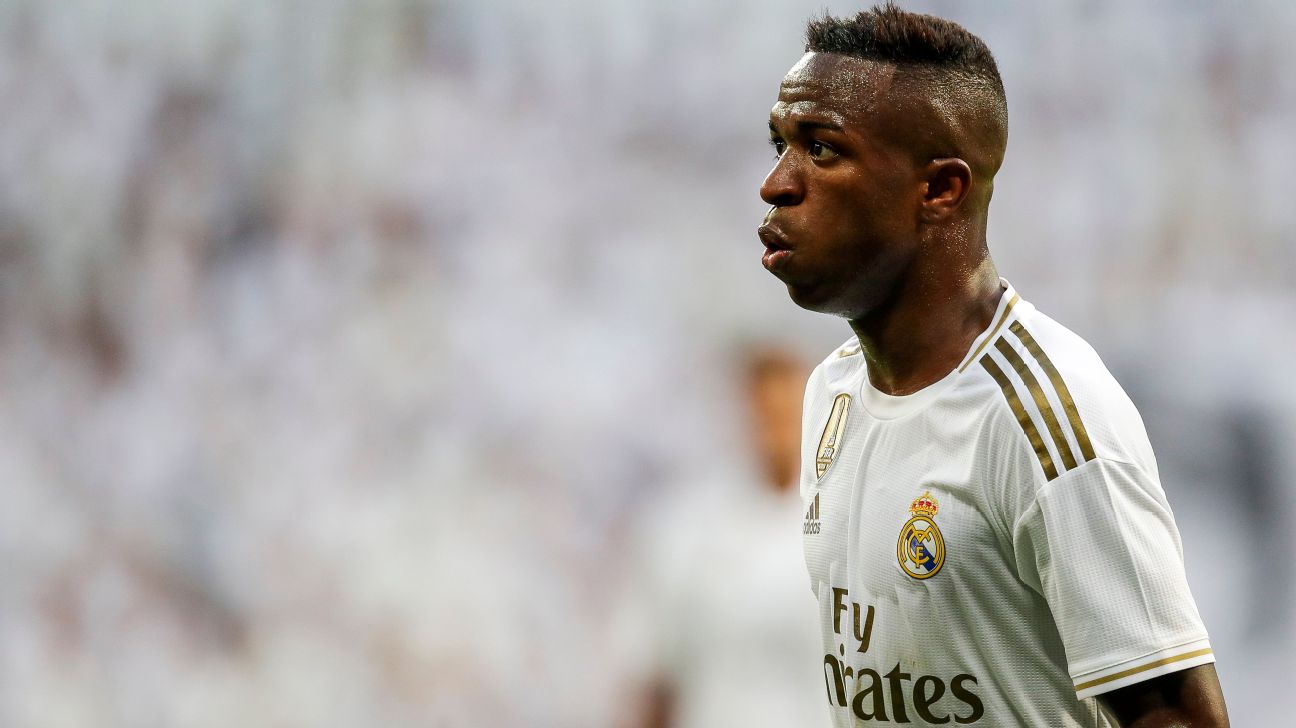 Real Madrid winger Vinicius Junior has been struggling for regular game time at the Bernabeu this season, and reports at Sport claim that Paris St Germain are interested in adding the youngster to their Brazilian contingent at the club.

PSG sporting director Leonardo is growing increasingly concerned that his side will be unable to keep prized assets Neymar and Kylian Mbappe, who have been linked with moves to Barcelona and Real, respectively, and he is now looking at contingencies should the pair leave the Parc des Princes.

Vinicius is now reportedly at the top of the list of backup options, with the report saying the former Flamengo man could be tempted to move after being ousted from the Real side by fellow Brazilian Rodrygo.

Dialogue between the two clubs is already open as Real continue with talks regarding the possibility of turning goalkeeper Alphonse Areola‘s loan move into a permanent switch.

08.00 GMT: Liverpool are in advanced talks over a January move to sign Bournemouth midfielder Ryan Fraser, according to talkSPORT.

The Premier League leaders are willing to pay a fee for the Scotland international in the winter transfer window rather than compete with rival clubs for his signature on a free transfer in the summer, when his contract at the Vitality Stadium expires.

Fraser was linked with several top clubs last season, when he registered 14 assists and scored seven goals in the Premier League. While he has struggled to replicate that form this term, Liverpool are still keen on the 25-year-old, so much so that they are willing to make youngster Harry Wilson‘s season-long loan at Bournemouth a permanent deal.

Space could be freed up in Liverpool’s squad by the departure of Adam Lallana, who is out of contract next summer and has been linked with a move to Major League Soccer.

Serie A leaders Juventus are putting plans in place ahead of a busy January transfer window, with as many as five departures penciled in by the club’s sporting director, Fabio Paratici, according to reports at Calciomercato.

The future of striker Mario Mandzukic is expected to be resolved at the turn of the year, with Manchester United still believed to be interested in the Croatian, while third-choice goalkeeper Mattia Perin is set to leave Turin and has been linked with a move to Benfica in recent weeks.

Midfielder Emre Can has been linked with a return to the Premier League, and a January transfer to PSG is potentially in the offing, according to reports, while a number of loans for fringe players such as Marko Pjaca are believed to be on the agenda.

— The form of stand-in goalkeeper Roberto is proving to be a major cause for concern at West Ham, and reports in the Daily Star claim that the Londoners are lining up a move for a new stopper in January as they look to fill the void left by the long-term injury of Lukasz Fabianski.

— Calciomercato claims Chelsea are keeping tabs on PSV Eindhoven youngster Mohamed Ihattaren, and Frank Lampard‘s side will reportedly make a move for the 17-year-old Dutchman if their FIFA transfer ban is lifted in time for the January transfer window.

— Franck Kessie‘s future at AC Milan is looking increasingly uncertain after the Ivorian was an unused substitute in his side’s 1-0 defeat to Juventus on Sunday, and L’Équipe claims the midfielder could be set for a move to Premier League side Wolverhampton Wanderers in the new year.

— With just 18 months remaining on his contract, Luis Suarez is considering his future at Barcelona, and Calciomercato claims the Uruguayan is interested in a move to MLS, with LA Galaxy and New York City FC his preferred destinations. The 32-year-old’s Nou Camp deal expires in the summer of 2021.