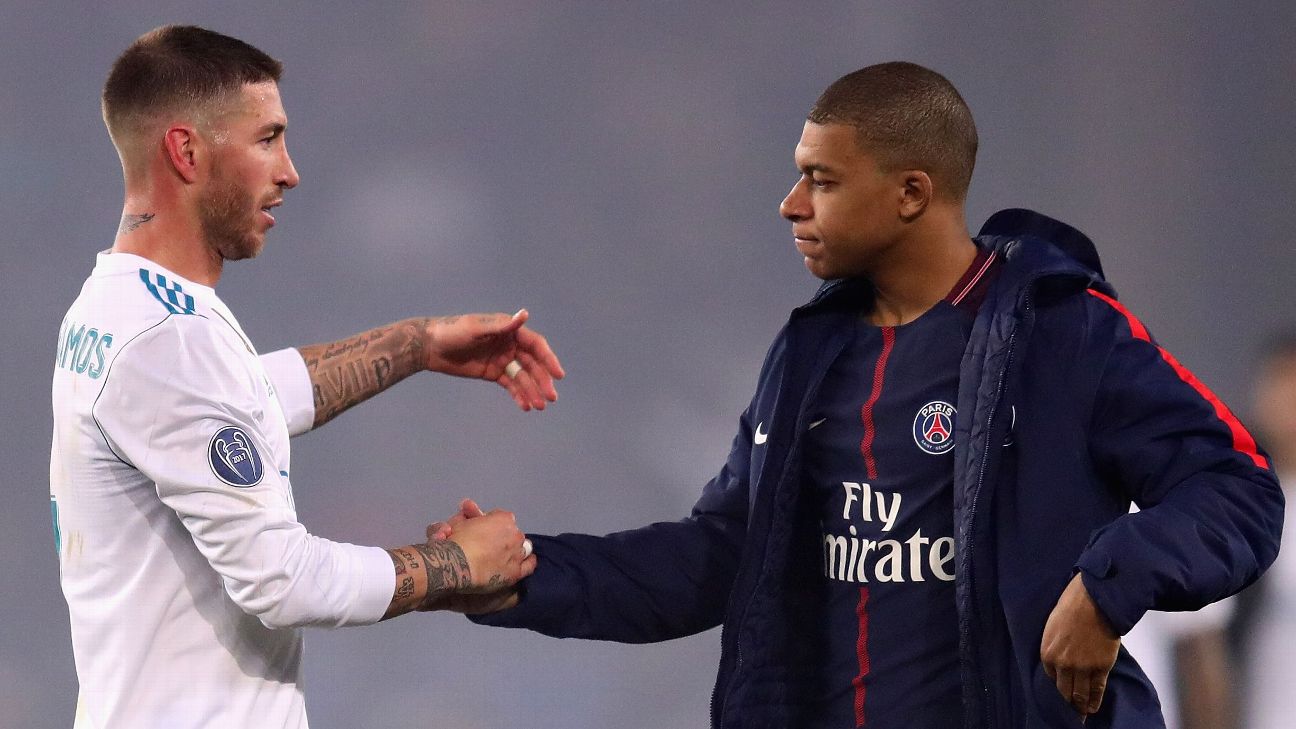 The youngster has been linked with a move to the Santiago Bernabeu on several occasions over the years, especially towards the end of his tenure with Monaco. In the end, he made the jump to PSG, but now the Ligue 1 champions face a battle to keep him within their ranks.

This proposed figure for a potential deal, which is tipped to take place during next summer’s transfer window, would nearly double the current record set by PSG when they purchased Neymar from Barcelona for €222m back in 2017.

As reported in yesterday’s Transfer Talk, PSG are ready with a move for Madrid’s Vinicius Junior should Los Blancos steal away Mbappe, proving what we already knew: All’s fair in the global transfer market.

08.00 GMT: Barcelona are keeping a close eye on Erling Haaland but sources have told ESPN FC that they consider the €100m price tag for the FC Salzburg striker to be excessive.

The Spanish champions, along with a significant number of Europe’s biggest clubs, have been impressed by Haaland’s performances this season, especially in the Champions League.

He scored his fifth hat trick of the season at the weekend against Wolfsberger and has now scored 26 goals in 18 appearances in all competitions — including seven in four Champions League outings. A number of Premier League sides, as well as Real Madrid and Juventus, have also been linked with him.

However, sources at Barca say the price they have been quoted by Salzburg is “disproportionate” and “not in line with his market value.” The sources add that, unless the Austrian side dramatically reduce what they’re asking for, the Catalan club would not be willing to break the bank for the Norway international.

Haaland, 19, has a contract with Salzburg until 2023 and it does not include a release clause.

The Telegraph is reporting that Manchester United midfielder Nemanja Matic wants to leave the club, potentially as early as the January transfer window.

The former Chelsea star has slipped further and further down the pecking order at Old Trafford in recent months, with Ole Gunnar Solskjaer not choosing to feature the Serbian all too heavily in the first team.

AC Milan and Inter Milan were both considering a potential move for him during the summer window, but at the time, Solskjaer seemed hesitant over the idea of allowing such an established member of the squad to leave. Now, just a few months later, it would appear that he has changed his tune.

The 28-year-old hasn’t been featuring heavily for his side during the early stage of the Serie A campaign, and with the Old Lady aiming to add some depth at full-back, it could be the perfect storm for both parties.

Other clubs believed to be in the race are Sampdoria, Inter Milan and Cagliari, all of whom are educated in what Florenzi is capable of at this level. For the time being, Juventus appear to be in the driver’s seat as the January transfer window looms large.

— AC Milan are not interested in signing Juventus forward Mario Mandzukic, Corriere della Sera reports. The veteran has been linked with a switch away from the club since Maurizio Sarri arrived, but despite the January transfer window being right around the corner, Milan are not one of the interested parties, as they don’t want to pay the €6.2 million per season necessary to acquire his services.

— Calciomercato is reporting that AC Milan will instead turn their sights toward signing Everton forward Moise Kean during the January transfer window. The Italian’s agent, Mino Raiola, is believed to have been in contact with Milan over the possibility of getting a deal done once the window opens, mainly due to how unhappy he is about the lack of playing time that Kean has received since arriving at Goodison Park.

— Torino are prepared to counteract any upcoming interest in forward Andrea Belotti by offering him a new deal featuring a release clause of €100 million, Calciomercato reports. The deal will see his wages increase ahead of the imminent January transfer window.

— Sam Kerr is remaining coy about her club future amid rumours that a deal has been struck with Chelsea, preferring to focus on a much-needed holiday instead.

“You will see very soon,” she said after Australia’s 1-0 win against Chile in a friendly in Adelaide on Tuesday night.