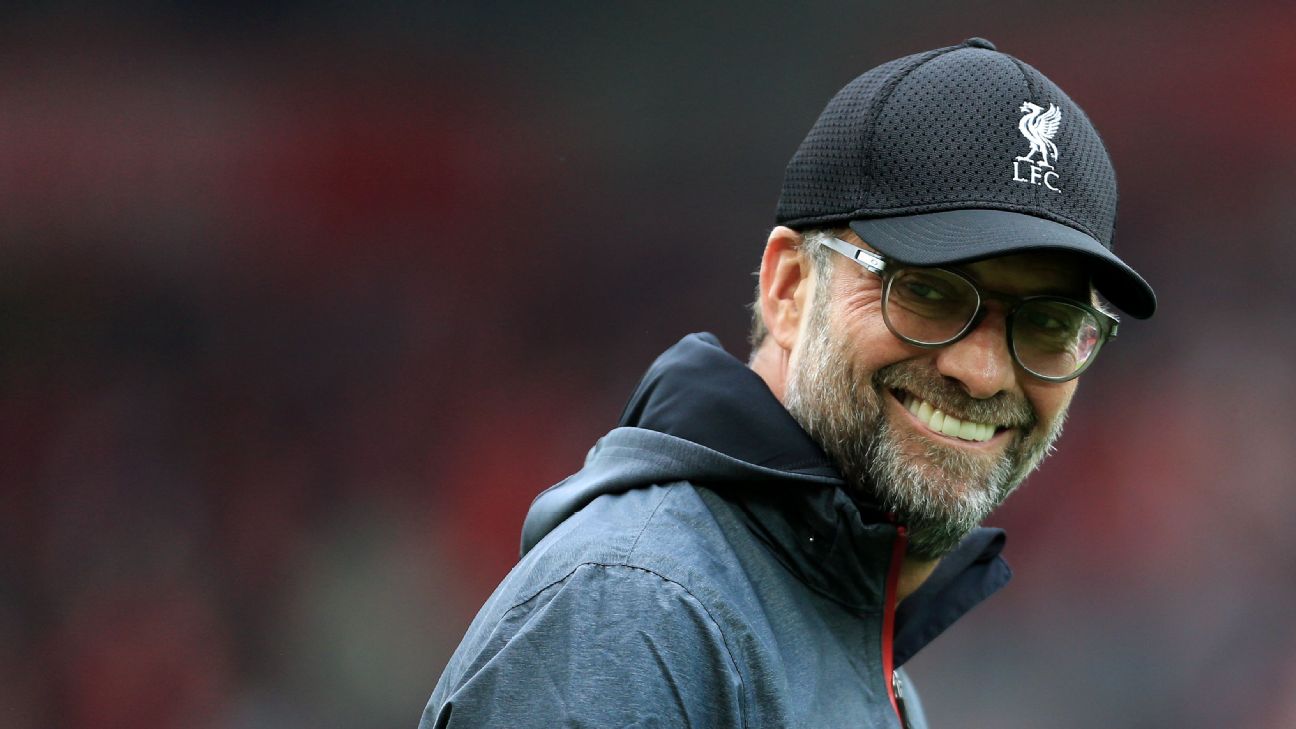 Eight games into the 2019-20 Premier League season, Liverpool have made a record start by winning all eight fixtures so far to sit eight points clear of the chasing pack heading into the international break. For Jurgen Klopp’s team, the season could not have gone any better, and Liverpool are now overwhelming favourites to win the English title for the first time since 1990.

But what about the rest of the so-called “Big Six?” Manchester City, Arsenal, Chelsea, Tottenham and Manchester United have all had their problems during the early weeks of this campaign, with Spurs and United seemingly in a downward spiral.

With two weeks until the Premier League resumes, what must those clubs do to solve their own issues and close the gap on Liverpool?

The reigning champions and last season’s domestic Treble winners have made their worst start to a season since Pep Guardiola took charge at the Etihad in 2016. At times, City have looked unstoppable, hitting five past West Ham on the opening day and then recording their biggest-ever top-flight win with an 8-0 rout of Watford, but defensive frailties have led to two defeats, against Norwich and Wolves, that have left them so far adrift of Liverpool in the early going.

City’s defensive shortcomings were identified by Guardiola during the summer when, after the departure former captain Vincent Kompany to Anderlecht, he tried and failed to sign a replacement. It left the team short of experienced cover for Aymeric Laporte, John Stones and Nicolas Otamendi, and with Laporte and Stones now on the sidelines, City have big problems at the back.

Solving those will be easier said than done, but Guardiola needs to find a way to make City more robust at the back, especially at set pieces, before they return to action at Crystal Palace on Oct. 19.

With Arsenal sitting in third position after eight games, Unai Emery is arguably overperforming with a squad that remains imbalanced and in need of extra defensive quality. But with Pierre-Emerick Aubameyang scoring seven of the team’s 13 league goals so far, the Gunners possess a striker who could prove the difference between success and failure in their primary objective of qualifying for the Champions League.

Emery is gradually making Arsenal more durable and organised, with the continued absence of Mesut Ozil and a pointer towards the coach’s determination to make his team more competitive, but so much rests on Aubameyang being fit and in form.

Furthermore, Emery must also not allow Arsenal’s current position to distract from the reality of their winless run against “Big Six” opponents so far this season. In games against Liverpool, Spurs and United, Arsenal have taken just two points. They need to find a way to beat their biggest rivals to cement their top-four ambitions.

A 4-0 defeat against Manchester United at Old Trafford on the opening weekend was the worst possible start for manager Frank Lampard, but Chelsea have bounced back from that setback to climb to fifth position going into the international break.

It’s true that Chelsea have been inconsistent, but with the club unable to add to their squad during the summer due to a two-window worldwide transfer ban, the inability to sign new players has enabled Lampard to give chances to youngsters such as Mason Mount, Tammy Abraham and Fikayo Tomori. All three academy products have now been called into the senior England squad as a reward for their progress, which has been a highlight of Chelsea’s season so far. Abraham, in particular, has stood out by scoring eight league goals to stand alongside Sergio Aguero in the race for the Gold Boot.

Lampard’s challenge from this stage is to build on the momentum and ensure that experienced players such as N’Golo Kante, Marcos Alonso and Cesar Azpilicueta are able to influence the youngsters on the pitch to the extent that the team finds some winning consistency.

Spurs have collected just 22 points from their past 20 Premier League games — their worst run since 2008-09 — so it is not just the start of this season that will worry Mauricio Pochettino and chairman Daniel Levy.

The run to last season’s Champions League final papered over cracks that had begun to appear all over the pitch for Spurs — Hugo Lloris and Dele Alli‘s alarming loss of form, poor performances in defence, inconsistency in results — and the new campaign has merely seen them exacerbated, with the serious arm injury suffered by Lloris in the weekend defeat at Brighton potentially ending the French goalkeeper’s season.

Pochettino has done little to quell speculation over his future, and there are too many question marks over the Spurs futures of players such as Christian Eriksen, Jan Vertonghen and Toby Alderweireld. The biggest question hanging over Spurs relates to Pochettino’s future, but if he remains in charge, the Argentine must restore unity to an unhappy dressing room and get Eriksen on the pitch and performing again, otherwise we may be approaching regime change at the club.

The biggest challenge at Manchester United is not to pinpoint what is going wrong, but rather to identify what is going right under Ole Gunnar Solskjaer. Sunday’s 1-0 defeat against Newcastle at St. James’ Park was United’s third of the season, and it left them languishing in 12th position, just two points above the relegation zone.

Defensively, United have conceded fewer goals than Manchester City, but the impact of summer signings Harry Maguire and Aaron Wan-Bissaka has been drowned out by the failings ahead of them in midfield and attack, where Solskjaer’s team have scored just nine goals in eight games.

Solskjaer has allowed his squad to be cut too deep with the summer exits of Romelu Lukaku, Alexis Sanchez, Ander Herrera, Chris Smalling, Antonio Valencia and Matteo Darmian, choosing to hand opportunities to youngsters such as Mason Greenwood, Tahith Chong, Angel Gomes, Axel Tuanzebe and Brandon Williams. Too many of the kids are not ready for Premier League action, though, and their experienced teammates are underperforming or simply not good enough.

Solskjaer simply has to steady the ship, rely on his senior players and hope United are not in the bottom half by the time the January transfer window opens.