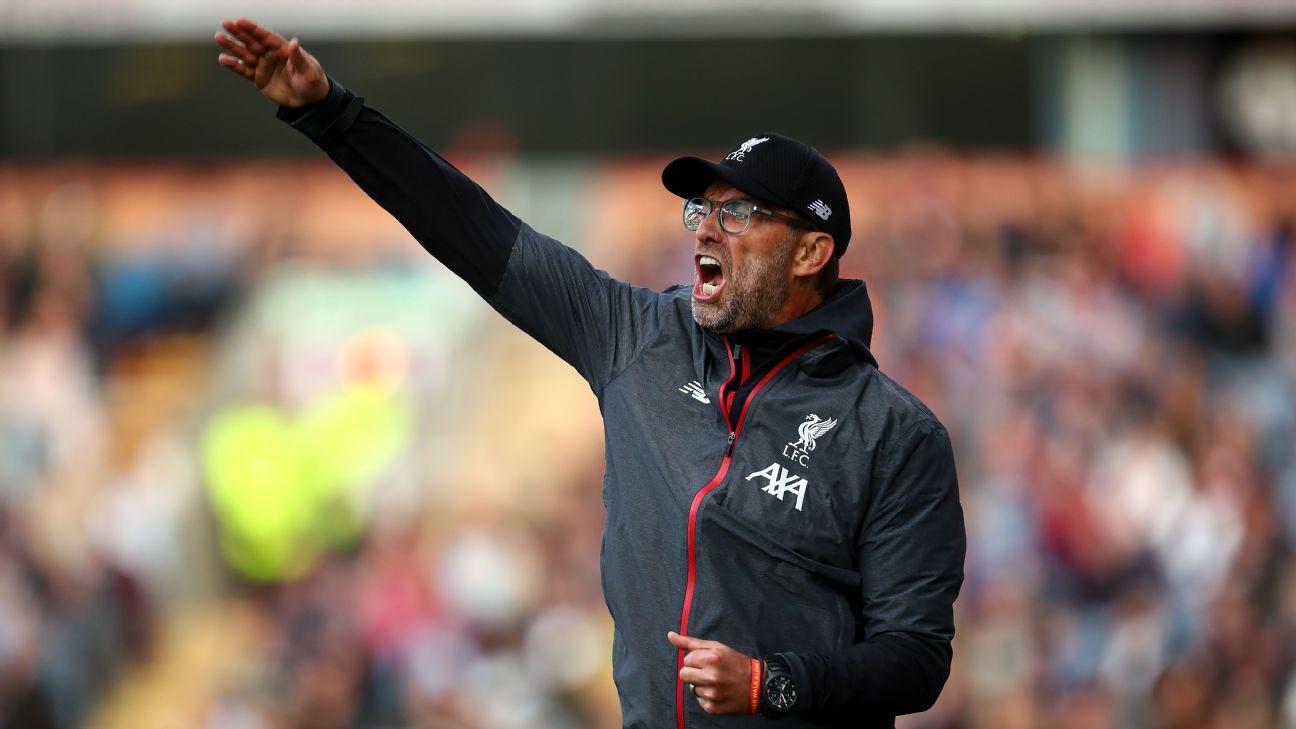 Club football is back! Nick Miller gets you ready for all the Premier League action with a new-look weekend preview.

Will Newcastle pull another performance out of the bag against Liverpool?

Newcastle United have a case for being the strangest team in the Premier League. They’re a pretty uninspiring bunch, for the most part, but have nonetheless pulled off two of the most impressive results of 2019, being the last team to beat Manchester City and, of course, claiming an unlikely victory against Tottenham a few weeks ago .

Both of those wins were thanks to solid, stubborn and maybe even boring defensive displays that nevertheless worked, frustrating their superior opponents and nicking the crucial goal. So will they be able to pull off something similar against Liverpool this weekend? You wouldn’t think so facing Sadio Mane, Roberto Firmino and Mohamed Salah (assuming they pass to each other) but then again, you wouldn’t have expected them to do it in the other two games either.

Liverpool could be faced with a tough old task on Saturday but should prevail.

Can Tottenham get themselves out of their funk?

Instinctively looking at the fixture list, you might assume Spurs vs. Crystal Palace at home is just the game to help them get over whatever funk they appear to be in. But then you remember that remarkably, only Liverpool and City have gathered more points than Roy Hodgson’s side since the start of February. Not quite so straightforward, then.

“Now, for sure, it was so important to be refocused,” Mauricio Pochettino said on Thursday, revealing that he had an hour-long meeting with his squad after they returned from the international break. “It was very good to talk today for nearly one hour and refocus again on our objective.”

There was always a gnawing sensation that Pochettino was using the uncertainty of the transfer window as a smokescreen to deflect attention from deeper problems at Tottenham, but we’ll soon find out whether that’s true or not. If they lose to Palace, he can no longer use the excuse that his players are distracted by events elsewhere.

Will Quique Sanchez Flores make a difference vs. Arsenal?

The dismissal of Javi Gracia by Watford wasn’t that surprising: what was more of a shock was the reappointment of Quique Sanchez Flores. Yet there is some logic to it: Flores’ strength in his previous spell in charge was keeping their defence tight and the Hornets haven’t kept a clean sheet since February.

It’s unreasonable to expect too much this weekend: he’s been back for only a week and many of his squad will have been on international duty. But if he wants an immediate test of his ability to fix things at the back, it will come in the shape of Arsenal with a potential front three of Pierre-Emerick Aubameyang, Alexandre Lacazette and Nicolas Pepe. Those three could well be rubbing their hands in glee.

You could make a decent argument that this weekend’s tussle at Bramall Lane sees the two most interesting managers in the Premier League face each other.

Chris Wilder and Ralph Hassenhuttl have had massive impacts on their respective clubs: Wilder has taken Sheffield United from perpetual League One frustration to the Premier League, while Southampton resemble a viable top-flight team after the husk of nothingness they’d become with Mark Hughes in charge. The two men have different styles, but this could make for a fascinating clash. We reckon the hosts will edge it.

Manchester United: Perhaps we’ve been fooled a little by Ole Gunnar Solskjaer’s assertion that Manchester United are doing all the right things and it will all click soon, but they have arguably been slightly unlucky not to have more than five points to show for their efforts. They are underperforming their xG rate, and only four teams have taken more shots so far.

Do they need luck or just to improve their finishing? Definitely the latter, but a dash of the former would help out, too.

ONE THING THAT WILL DEFINITELY HAPPEN THIS WEEKEND

Goals, goals, goals at Carrow Road: If you’re hungry for goals this season, Norwich are the team to watch. Their four fixtures have seen 16 go in, second-most in the Premier League so far, and happily enough the only team above them are in town on Saturday as Manchester City come to town. Hopefully we haven’t jinxed this into a 0-0, but expect to see them fly in at Carrow Road this weekend.

Christian Eriksen: Pochettino insisted this week that Eriksen has always been happy at Tottenham, despite spending most of the summer trying to get out of the club and in all likelihood spending the season running down his contract so he can leave for free next summer. However, with the injury to Giovani Lo Celso meaning the creator most likely to displace him is no longer a factor, the onus will be back on the Dane and the Dane alone to provide Tottenham’s creative spark against Crystal Palace.

– Liverpool could set a club record for winning streaks if they beat Newcastle this weekend. Their 12-game run is tied with a similar effort from April to October in 1990. Meanwhile, their ongoing 42-game unbeaten run (32 wins, 10 draws) is second only to Chelsea’s 86-game streak (2004-08) in the Premier League era.

– Manchester United are 1-4-4 in their past nine Premier League games. If they lose or draw vs. Leicester this weekend, it would give the storied club their fewest points in a 10-game league span (seven or eight) of the past 12 seasons. Yet a good sign might be their form vs. the Foxes: United have a 17-game home unbeaten run (13 wins, four draws) in all competitions dating back to Jan. 21, 1998.

– Don’t bet against Palace this weekend. They’re averaging 2.08 points per away game in the league dating back to Dec. 22, 2018. Only Man City (2.54) and Liverpool (2.18) have more over the same span. Equally, Harry Kane has averaged 0.25 goals per game against Palace over the past five seasons. It’s his second-worst return against any club over that span: he averages 0.17 goals per game against Newcastle, who beat Spurs 1-0 back in August.

– Will CONCACAF’s big rivals thrive at Molyneux on Saturday? Raul Jimenez (Wolves) and Christian Pulisic (U.S.) could become just the second Mexico-U.S. tandem to score in a single match in the Premier League since El Tri international Guillermo Franco and American great Clint Dempsey did it in Fulham’s 3-2 win over West Ham on May 2, 2010.

– Everton love playing on Sundays: they’re unbeaten in the league in 2019 with five wins and two draws when playing on the second day of the weekend.