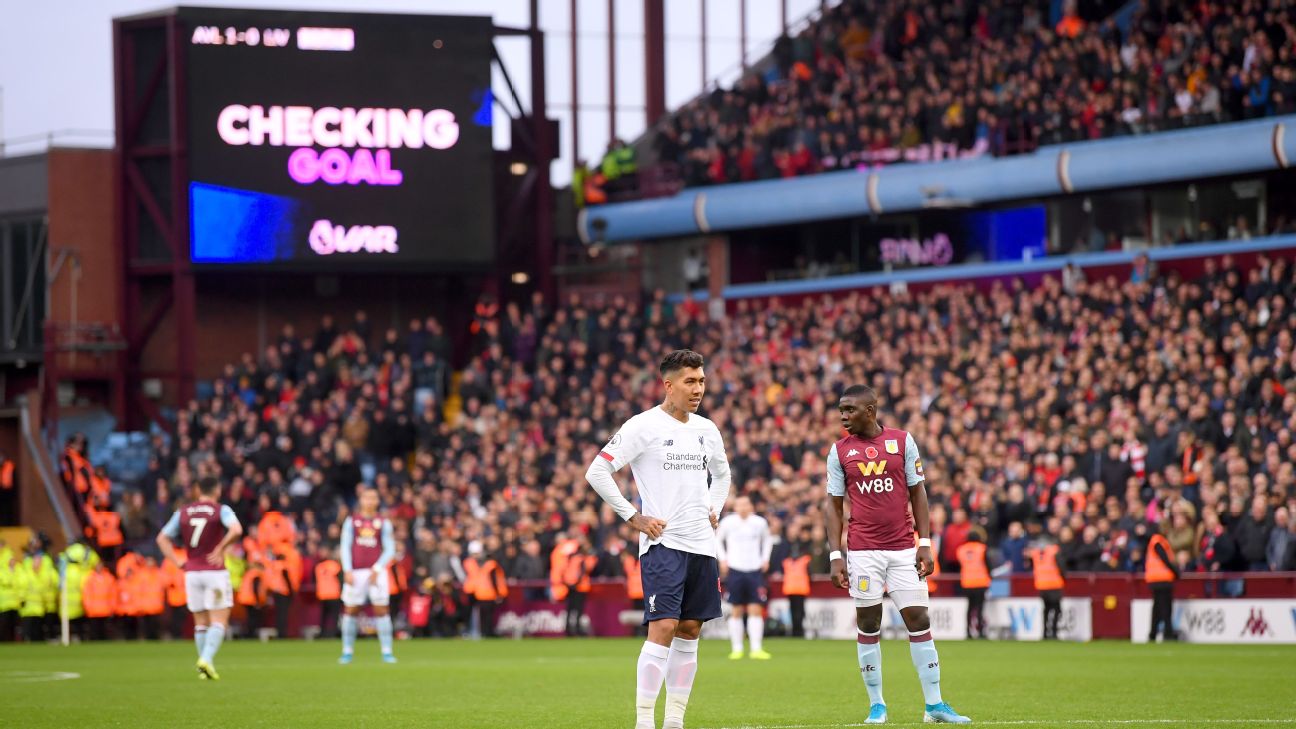 Jurgen Klopp has labelled VAR “a real problem,” saying the system should be helping the game and “not confuse it” following Liverpool’s 2-1 win at Aston Villa.

There were three checks during the match at Villa Park — Trezeguet’s opener stood after being examined for offside, the video assistant referee upheld the linesman’s decision on Roberto Firmino being offside by an armpit when he had the ball in the back of the net and there was a quick pause to see whether Sadio Mane should have had a penalty when he was booked for diving.

There was, however, no probe into a possible penalty for handball against Bjorn Engels from Alex Oxlade-Chamberlain’s shot on 74 minutes.

“Look, we have now a real problem,” said Klopp, who admitted it wasn’t a key talking point for him given his side secured the victory.

“But now we talk about serious moments, very important moments in football. It is not the right way that we sit here, talk about it and everybody wants to laugh about.

“It’s not to laugh about, to be honest. For that it is too serious. Managers get the sack for losing football games. It’s just like this. I don’t want to make it bigger really than it is, but in fact we just have to clarify it.

“I don’t say anybody is doing it on purpose or whatever, we just have to clarify it.

“My analysts showed me [the Firmino situation] after the game, I didn’t see anything and now I heard it. Whoever did it is not doing it on purpose but at the end, we need to sort a couple of things obviously.

“The handball situation, nobody talks about that because it was not whistled. Imagine if it would have been whistled and then we would have talked about it. But nobody whistled it, we didn’t say anything. Was it a penalty? The shot is here, the shot hits the arm, so in a good old time it was a penalty! Sometimes it’s in your favour and sometimes it’s against you, that’s how it is. That’s not a problem.

“But we have to make sure the new system helps the game and not confuse it, that’s all. But I think that’s in the interests of all of us.”

On the decision of Mane being booked for simulation on 37 minutes under pressure from Frederic Guilbert, Klopp added: “I think when you see it back, it is for sure not diving, there is contact, but it is the decision you have to accept.”