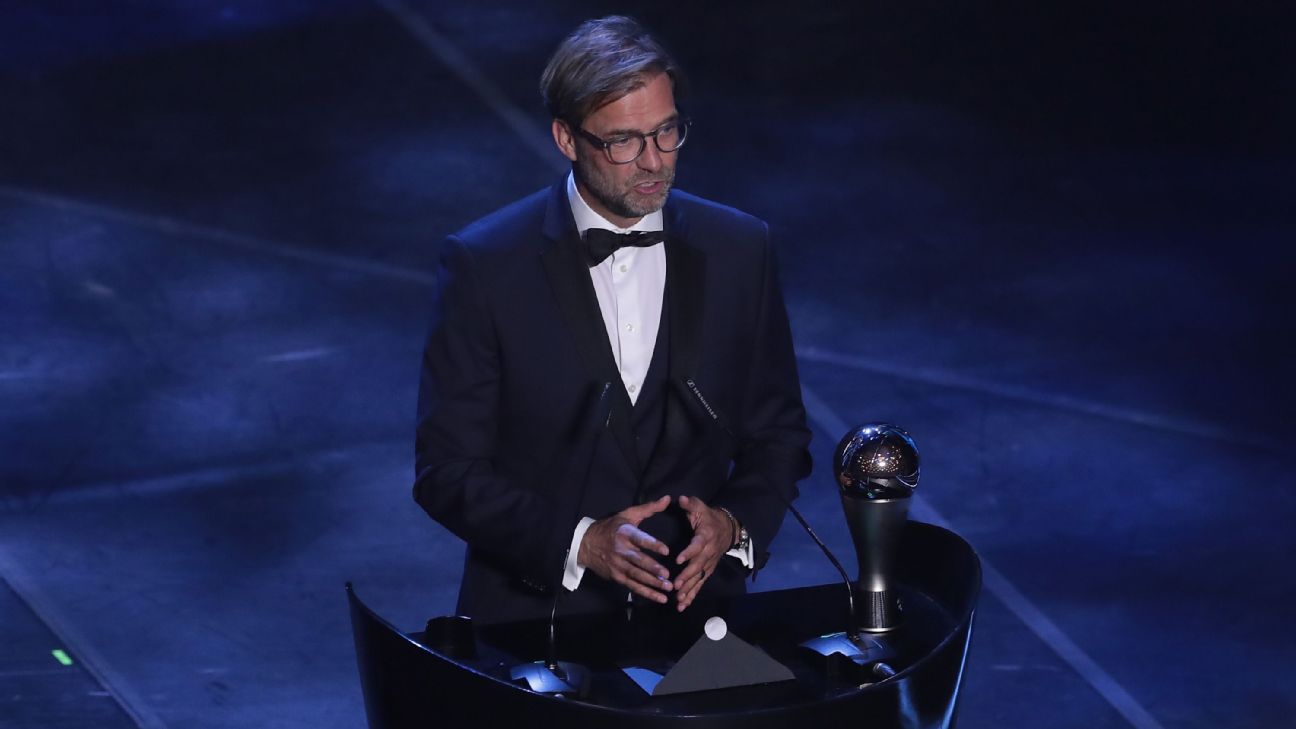 Liverpool manager Jurgen Klopp said he has joined the Common Goal campaign, where footballers donate 1% of their salary to charity, when accepting his award as the best men’s coach at FIFA’s The Best award ceremony.

- Canada back Common Goal ahead of World Cup
– Mata: USWNT star Rapinoe is an inspiration
– Hey, Cristiano! Here’s what you missed at FIFA’s The Best awards

“I’m really proud and happy that I can announce that from today on I am a member of the Common Goal family,” he said. ”A few people obviously know [about] it.

Defenders Giorgio Chiellini of Juventus and Mats Hummels of Borussia Dortmund are among the high profile men’s players who have joined the cause.

RB Leipzig boss Julian Nagelsmann was the first manager to join the charity, while United women’s coach Casey Stoney is also a member.