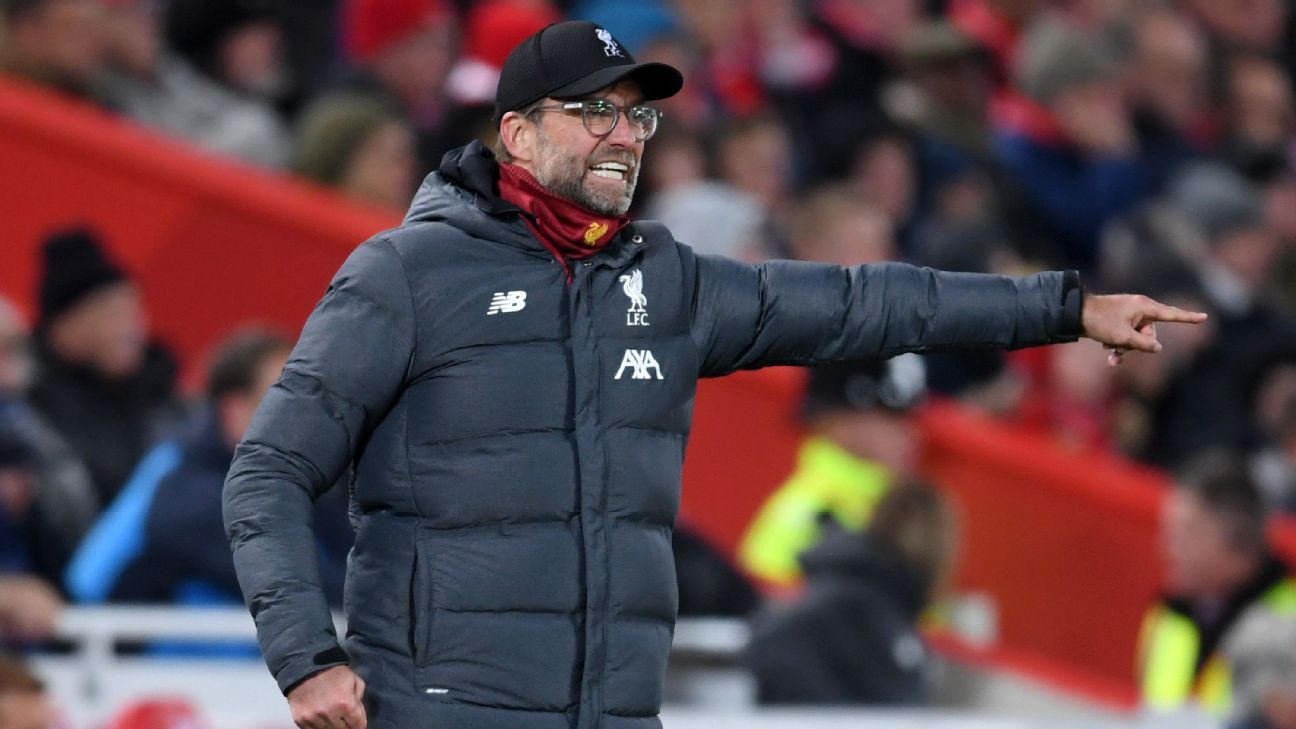 Jurgen Klopp has said Liverpool face the “most important game of our lives” against FC Salzburg on Tuesday, with the reigning European champions knowing that a defeat will consign them to a group stage exit from the Champions League.

A Salzburg victory, combined with Napoli avoiding defeat at home to bottom club Genk, would see Liverpool finish third in Group E and become the first Champions League holders to go out before Christmas since Chelsea in the 2012-13 season.

Klopp admitted at his prematch news conference in Salzburg that he feels “tense” going into the game against Jesse Marsch’s team, and with Salzburg chasing the win to seal qualification for the knockout stages for the first time, Klopp has warned his players that they cannot take their opponents lightly.

“Tomorrow night is the most important game of our life because there isn’t another one [if we lose],” Klopp said. “I just expect us to play the best game we could play, but everybody knows it is a final and we are prepared for that.

“Salzburg needs to win against us and we are there. But we are not a typical Champions League winner — we are still ambitious as crazy and will run and fight for our lives and give 100% in every challenge.

“But we have to show we deserve to go through. If Salzburg go through, they deserve and we won’t. I am not nervous, but I am tense. It’s a special situation — if something is important for you, you want to reach it, so it is stress and you learn to live with this stress.

“I lost many important games over my career, but in the last year, it has gone better.”

Salzburg forward Erling Haaland goes into the game attempting to extend his record of scoring in every group game so far in this season’s Champions League.

The 19-year-old, who scored a hat trick in a 6-2 home win against Genk in September, has emerged as the Austrian champions’ star player, but Klopp said that Salzburg are more than a one-man team.

“He [Haaland] is 19-years-old, an exceptional player,” Klopp said. “How do you defend an exceptional striker? You try to make sure he doesn’t get many balls.

“He is a big, big talent, one for the future, 100%, but we have to make it as difficult as possible for him. Unfortunately, he is not the only strong player in the team.

“Salzburg is a team that makes a lot of goals out of counter-attacks, but I know them well and I hope that we can eliminate their strong parts.”