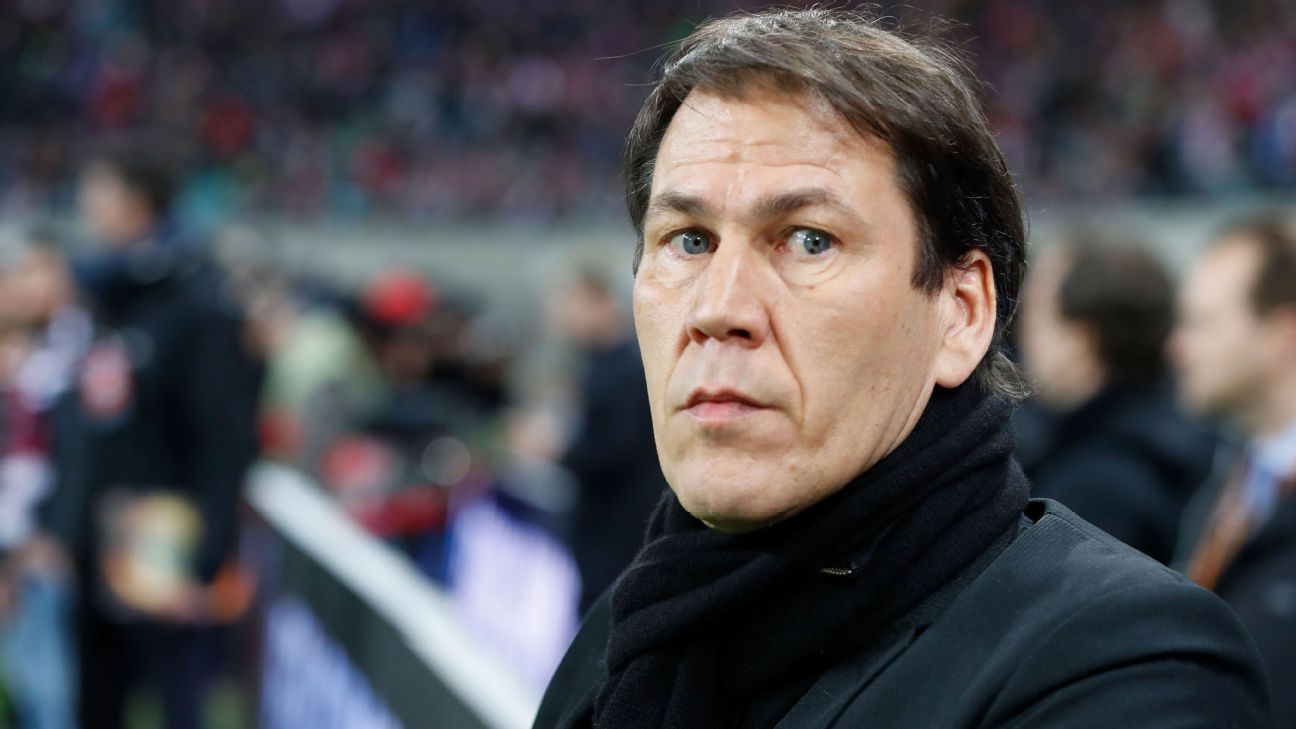 Lyon have announced Rudi Garcia as their new head coach, preferring him to Laurent Blanc and Arsene Wenger, while Jose Mourinho turned down a meeting with the club, sources have told ESPN.

Garcia, 55, became the front runner after impressing in his presentation and agreeing to take over the existing staff.

Blanc came much closer to getting the job, having had two long meetings with the club. The former Paris Saint Germain manager was the favourite to become the new head coach but wanted to employ a large backroom team of his own, including two assistants and a fitness coach.

Lyon wanted someone capable of working with the existing staff in place, which was ultimately a deciding factor that stopped the club reaching an agreement with Blanc.

Mourinho, who has been out of a job since leaving Manchester United in December, was offered a meeting by the club to discuss the position but turned it down.

The Portuguese manager had exchanged text messages with chairman Aulas over the role but rejected further discussions.

Former Guingamp and Bordeaux manager Jocelyn Gourvennec was also interviewed for job but was deemed to lack experience.

Garcia comes a surprise choice as head coach, having recently managed Lyon’s rivals Marseille amid concerns among fans that he did not do enough at the Velodrome to deserve this chance.

Garcia did manage to guide Marseille to the Europa League final in May 2018, but l’OM were beaten 3-0 by Atletico Madrid in Lyon.

The French boss also had spells at Lille, Saint-Etienne and Roma.