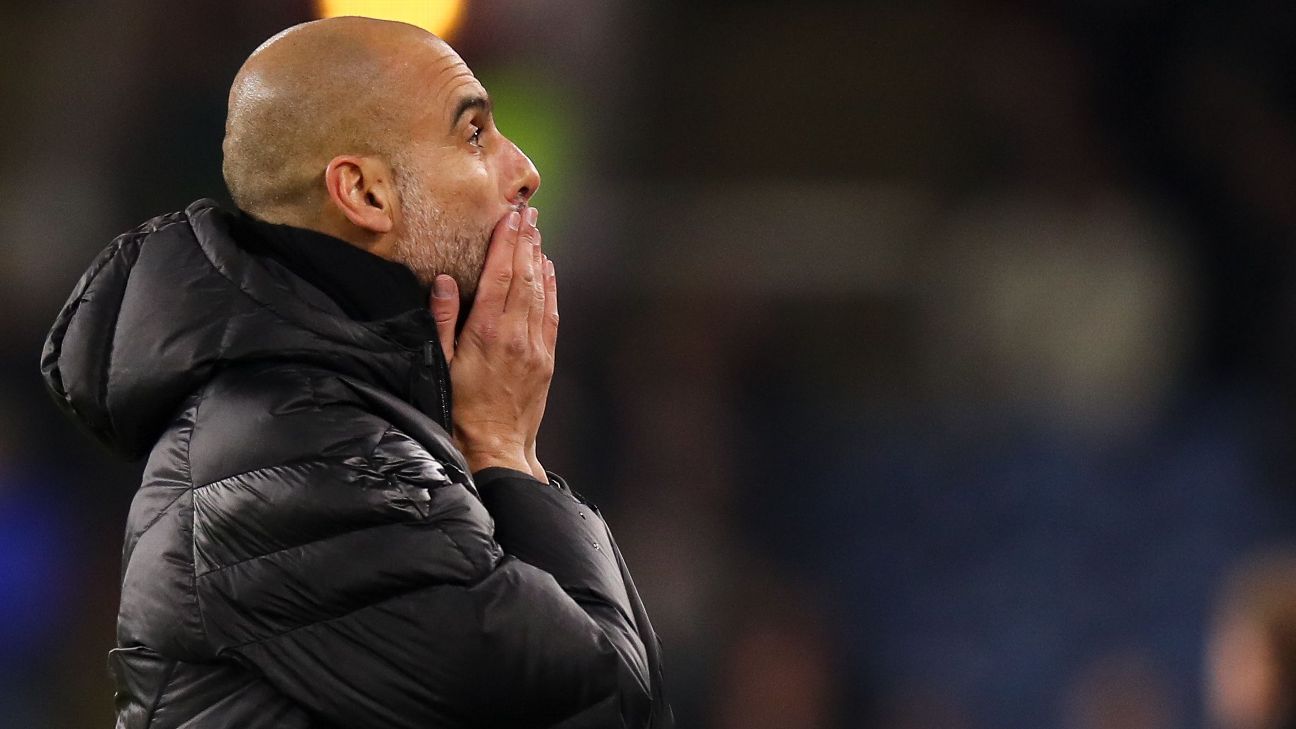 Pep Guardiola has won league titles wherever he’s gone, so maybe it’s no surprise he confused Manchester City with Bayern Munich in a news conference…

Jump to: City have to dress in dark during prematch blackout | Sterling’s near-miss from Rodri’s rocket

After enduring a slight wobble in the last few weeks, Manchester City got themselves back on track with a 4-1 win over Burnley on Tuesday evening.

Not to cast aspersions, but it looks like Pep Guardiola’s nerves may have been frayed a little following their recent dip in form and speculation about his future at Manchester City.

The Spanish coach — ranked No. 2 among the world’s top managers in the ESPN FC 100 — even managed to temporarily forget which club he is managing during his postmatch news conference.

Speaking to assembled media about how Rodri, the summer signing who scored a veritable howitzer for City’s second goal, Guardiola said: “I think he’s adjusted and he’s perfectly suited for this league, honestly.

“And I think Bayern Munich… Man City bought… [chuckles from the media]… Bayern Munich, what the f—? Man City! I don’t know what I thought!”

Don’t worry, Pep. When you win league titles everywhere you go, it must be easy to confuse one club for another.

City have to dress in dark during prematch blackout

Things had got off to an inauspicious start as the lighting failed in the dressing rooms at Turf Moor, leaving City to conduct their preparations in the dark.

No lights in the away dressing room? 💡

We’ve got you covered, @ManCity 😉

Thankfully for the visitors, match broadcasters Amazon were able to deliver an emergency lamp at no extra cost.

No lights? No problem…

Bringing the party with us! 🙌

While the main lights still hadn’t come on by the final whistle, a little improvisation also saw City able to celebrate their victory in style with a rendition of Oasis classic “Wonderwall” while lit by what looked like equipment from a mobile disco.

And with that, the entire Bayern Munich — sorry, Man City squad were able to celebrate in unison with a massive team photo, and with the lights on, too!

With a title defence at stake, Guardiola’s charges are now eight points behind runaway leaders Liverpool as we enter the Christmas period.

Lucky that Rodri shot didn’t hit my face cuz I would have gone straight back to Jamaica with that 🥵😂😂😂 pic.twitter.com/6pM4Em5B26

Two goals from Gabriel Jesus and another Riyad Mahrez helped seal the deal for City, but it was Rodri’s effort which particularly caught the eye.

In fact, the Spain midfielder’s 20-yard thunderbolt very caught Raheem Sterling square in the face as it rifled into the Burnley net.

Thankfully, the nimble England winger survived to tell the tale.