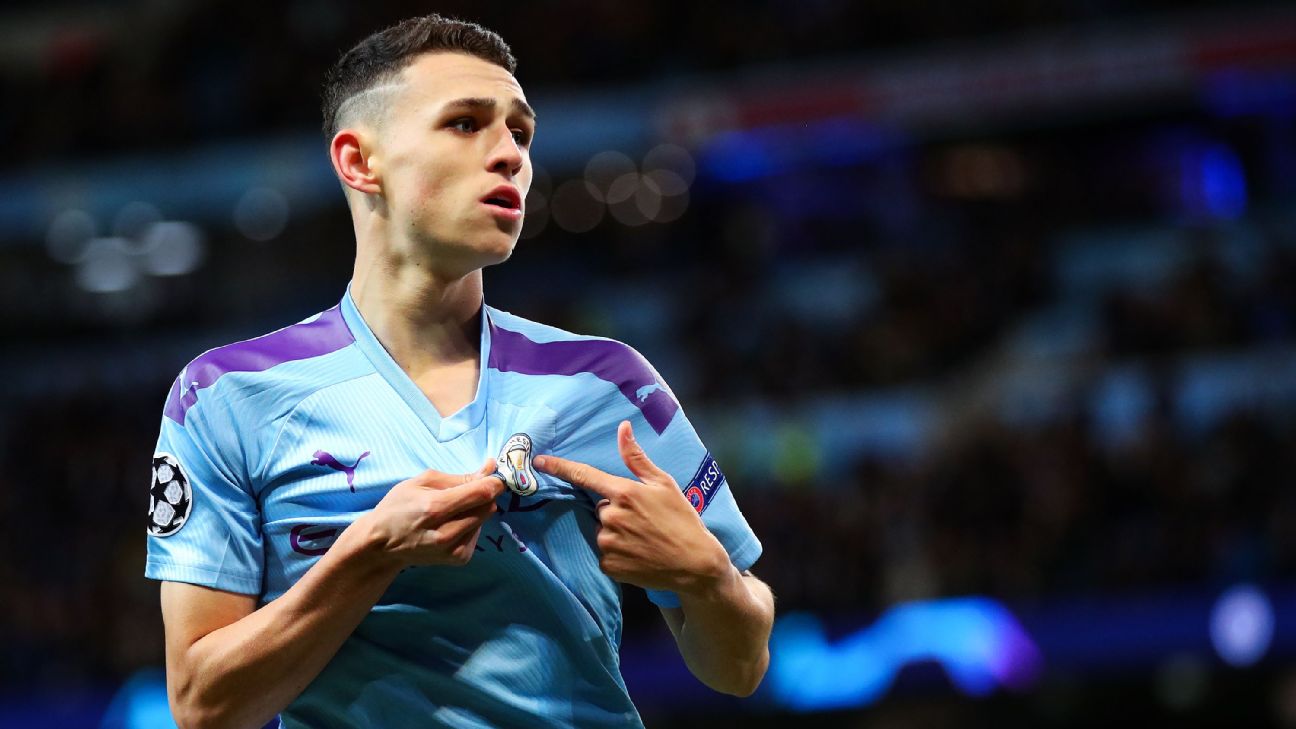 Manchester City manager Pep Guardiola has said teenager Phil Foden is pivotal to his plans, and that even €500 million would not be enough to convince the club to sell.

Foden, who has made 19 Premier League appearances since making his debut under Guardiola in 2017, received an apology from Guardiola earlier this month over his lack of game time after being left out of the side’s travelling party for City’s Champions League away tie at Shakhtar Donetsk.

A number of clubs have expressed an interest in taking Foden on loan, though sources told ESPN FC in April that City would resist any moves for him.

Despite a lack of playing time, Guardiola said the 19-year-old is an instrumental part of City’s future, particularly with David Silva set to leave the club at the end of the season.

“We didn’t give Foden a new contract by accident,” Guardiola told The Sun. “He is the only player that can’t be sold under any circumstances, the only one. Not even for €500m.

“Phil’s going nowhere. Phil is City. We won’t be signing anyone else for that position. When David Silva leaves, we know exactly who our new magician will be.

“He’s grown up with us. He’s one of us and he’s going to be brilliant — one of the Premier League’s best.”

Chelsea youngsters Mason Mount, Tammy Abraham and Fikayo Tomori are all in Gareth Southgate’s latest England squad having had significant playing time this season in the Premier League under Frank Lampard.

Foden, however, will have to make do with a spot in Aidy Boothroyd’s under-21 side for England’s friendly against Slovenia and their U21 European Championship qualifier against Austria.

Despite the Chelsea trio coming to the fore, England boss Gareth Southgate is unconcerned by Foden’s lack of game time.

“It’s a little bit harder to get in the side at those bigger clubs, but when you’re in, as the Chelsea boys are now, there’s a great opportunity to play important matches, [gain] big-match experience,” Southgate said of Foden’s situation.

“So, I’d probably try to calm Phil’s situation, because there’s a lot of expectation around him and I think that’s a huge pressure for a young player potentially.

“At the moment, a lot of his game has been forged with our junior team. That’s how he’s appeared on the scene, so we’re really happy with his progress.