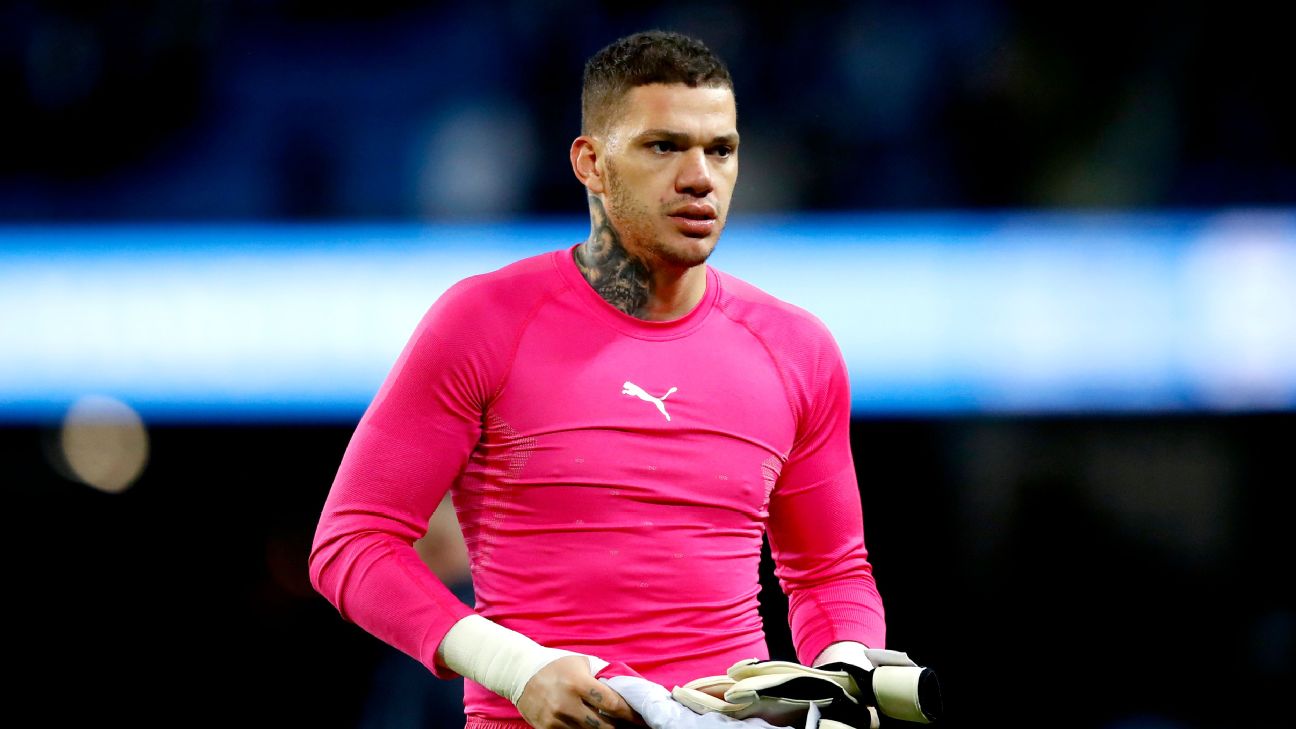 Ederson has been ruled out of Manchester City’s top-of-the-table clash with Liverpool on Sunday, Pep Guardiola has confirmed.

The Brazilian goalkeeper was forced off with a thigh injury at half-time of the 1-1 draw with Atalanta and was replaced with Claudio Bravo, who was later sent off.

“He’s not able to play. I don’t know when [he will be],” Guardiola told a news conference on Friday.

“We have another top keeper. Claudio Bravo can do it too. We won the Carabao Cup and FA Cup, thanks to Claudio. He is an exceptional keeper.”

Bravo will be suspended for the next Champions League game against Shakhtar Donetsk and has not started a Premier League game since May 2018.

“Why shouldn’t we be confident with my players? I wouldn’t like to be a player when my manager has doubts over me,” Guardiola added.

“I see him every day in training, I know how good he is. We are not going to lose because of Claudio. He has played many years at the top level. I respect the guy. It’s easy to point at Claudio, but in his first season, the team was not at the top level. It was not good.

“All the players are in our squad because we have incredible confidence with them.”

– Who will qualify from UCL group stage?

Following Bravo’s dismissal in midweek, Walker was nominated to take the gloves for the final nine minutes. He saved a late free kick from Ruslan Malinovskyi to earn praise from his manager.

Meanwhile, City have asked Liverpool for assurances  there will no repeat of the attack on their bus when the teams meet at Anfield on Sunday, sources have told ESPN FC.

The City team bus was attacked with cans, bottles and flares as it made its way to Anfield for the Champions League quarterfinal first leg in April 2018.