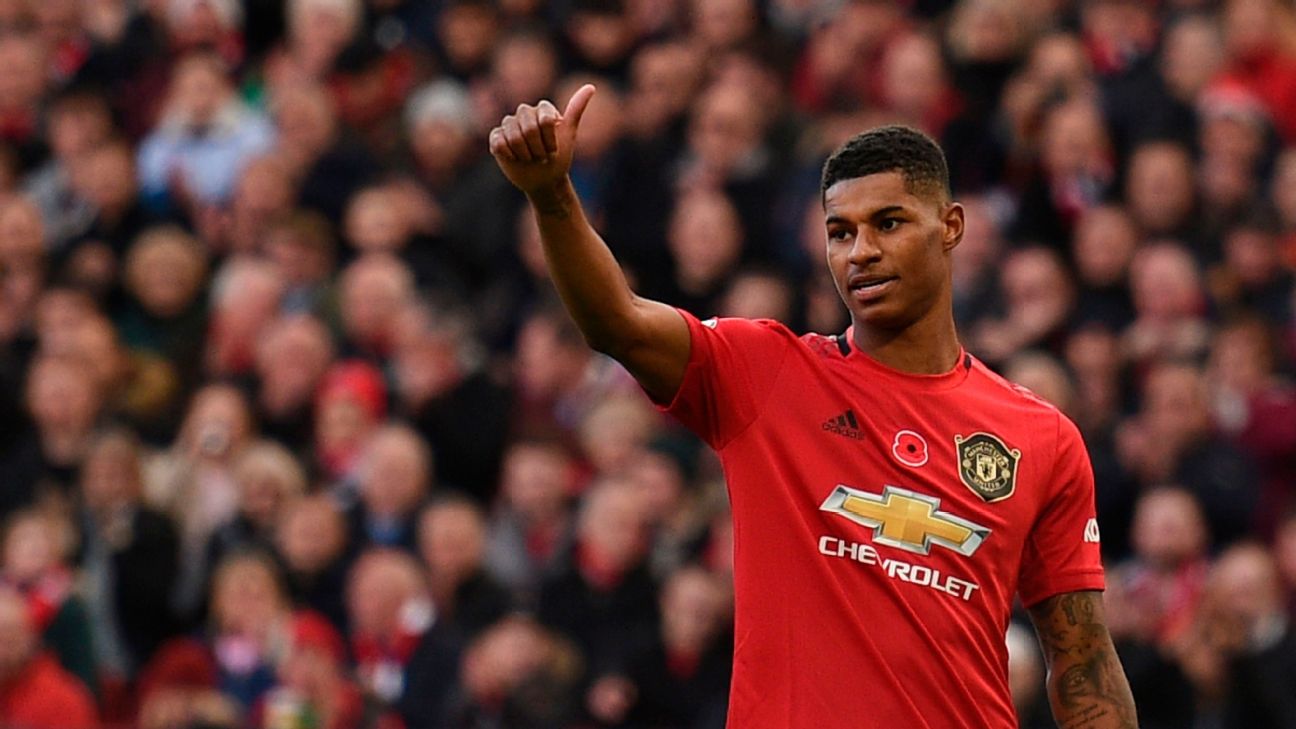 Marcus Rashford has told ESPN FC his recent flurry of goals is only the start of the Manchester United forward realising his potential.

Rashford has nine goals in his last 10 games for club and country — the best run of his career — but the 22-year-old has said there is more to come.

“In reality, my peak is not going to be for another four or five years,” he said. “As good as things are now, they can only get better.”

His goals are a key reason behind an upturn in form that has seen Ole Gunnar Solskjaer’s side win five of their last six games.

Rashford signed a new long-term contract in July and said he believes it will be United fans who will get to witness his peak years.

“I just use these experiences now in my favour to better me in the future, because I know when I’m 25, 26, 27, they’re the years when I’m going to be playing my best football,” Rashford said, speaking at event to promote his In The Box Manchester initiative to provide homeless people with essential items over Christmas.

“I’m just looking ahead to those times really and improving as much as I can until then,” he said.

United are back in action against Sheffield United at Bramall Lane on Sunday, with Luke Shaw, Nemanja Matic and Axel Tuanzebe all in line to feature, having recovered from injury to train with the squad on Wednesday.

Scott McTominay was absent after withdrawing from the Scotland squad because of an ankle problem, while long-term absentees Eric Bailly, Timothy Fosu-Mensah and Diogo Dalot trained separately.