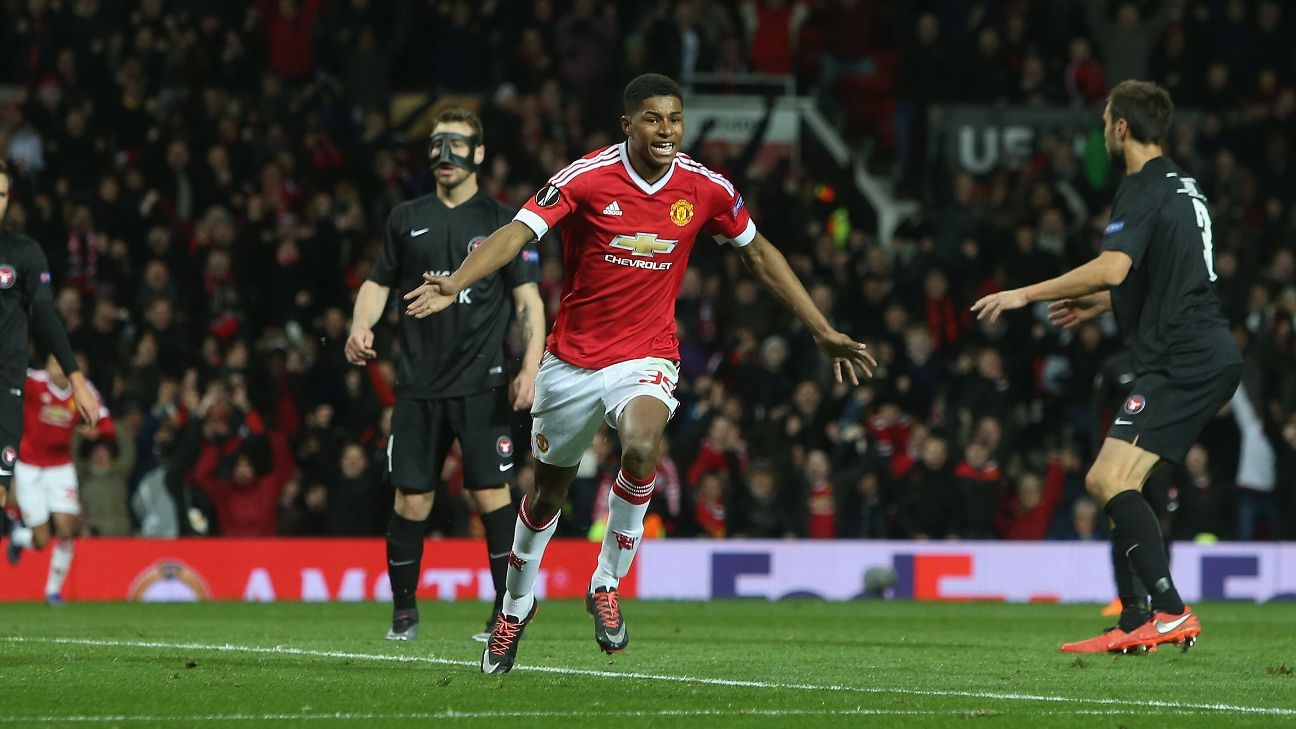 My mum just dug this out… my attempt from when I was younger!

Keep working hard and you can achieve whatever you want 👊🏿 x MR pic.twitter.com/XhGyOj4GeW

He only turned 22 last month, but Marcus Rashford has already made 187 club appearances and become a nailed-on first-team regular for Manchester United, his beloved boyhood team.

The striker emerged from nowhere in 2016 when an injury crisis in the squad forced then-manager Louis van Gaal to start an unknown 18-year-old in a crucial Europa League tie against Midtjylland, and the striker responded by scoring two goals in a 5-1 win at Old Trafford. He repeated the feat three days later with a brace in a 3-2 Premier League win over Arsenal.

It shouldn’t really come as much as a surprise — Rashford has been plotting out his precise career trajectory from an early age.

Retrieved from the family archives by his mum, the striker shared his childhood ambitions as listed in a charming letter to himself, possibly typed up as part of a school project.

“I only have one aim in life and that is to be a professional footballer, hopefully at Manchester United,” the young Rashford wrote.

We suggest he’s achieved his goals tenfold since then, even going so far as winning 37 caps for England — and all well before he hits his peak.

Goes to show what big dreams and a bit of hard work can do.

Manchester City have decided to reward the small group of hardy fans who made the gruelling midweek slog to watch their side beat Shakhtar Donetsk 3-0 in the Champions League.

Just 114 hardcore supporters made the 4,000-mile round trip to Ukraine in September, all of whom have since received a personal letter from manager Pep Guardiola.

As well as offering sincere thanks, the letter from Guardiola also invites the fans in question to enjoy a complimentary night of VIP hospitality at the Etihad when Shakhtar return for the return fixture on Nov. 26.

“On behalf of the players and the staff, I would like to thank you again for your incredible support,” the message reads.

As an added bonus, a win for City on the night would seal the club’s qualification for the knockout phase of this season’s competition.

Just in time for the Christmas rush, Chelsea have launched their very own club-themed luxury watch.

The Blues have partnered with Hublot to produce the Classic Fusion Chronograph Chelsea FC, which boasts a blue ceramic case, a self-winding movement and plenty of high-end appointments.

To launch the timepiece, the club chartered a boat and floated Christian Pulisic, Ruben Loftus-Cheek and Antonio Rudiger up the Thames in the freezing night air.

Pulisic, who stayed in London after being ruled out of the United States’ CONCACAF Nations League fixtures through injury, certainly looked like he was enjoying the ride up the river.

The trio then joined teammates Cesar Azpilicueta and Willy Caballero at the special launch event inside the One Blackfriars building.

Expensive and flashy yet durable and efficient, Chelsea are currently third in the Premier League table.