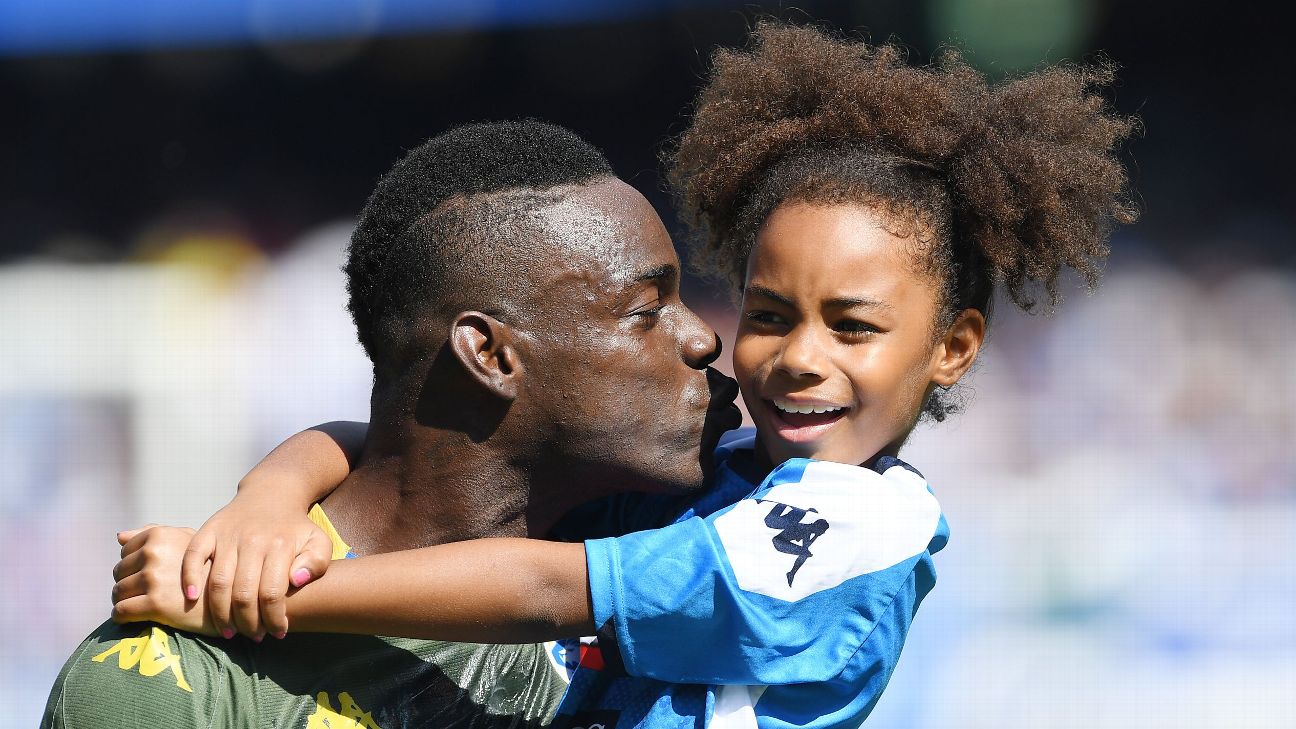 Mario Balotelli says the racist abuse he suffered at Hellas Verona on Sunday especially hurt him because he’s Italian.

The Brescia striker kicked the ball into the crowd and threatened to walk off the pitch early in the second half of his side’s Serie A defeat at Verona because he said some fans were making monkey noises.

Serie A’s disciplinary tribunal handed Verona a one match partial stadium ban on Tuesday for racial abuse and the club banned ultras leader Luca Castellini for 11 years after he claimed that Balotelli will “never be completely Italian.”

Speaking to TV channel Italia 1, Balotelli, who was born in Italy to Ghanaian immigrants and has represented the Italian national team, said. “I am not saying that I am different from the other players who receive the same abuse, the same monkey noises, but the problem is that I am Italian.”

The league had previously ignored monkey noises directed at Inter Milan’s Belgian striker Romelu Lukaku during a match at Cagliari in September. There was also no punishment for racist chants aimed by Verona fans at AC Milan midfielder Franck Kessie, who is from the Ivory Coast, in September.

Derogatory chants have also been aimed at Dalbert Henrique, Miralem Pjanic, Ronaldo Vieira and Kalidou Koulibaly in Serie A this season. All the players targeted — except for Pjanic, who is Bosnian — are black.

Balotelli, who spent the past three seasons in France, returned to Italy this season with Brescia, his hometown club and a regional rival of Verona.

“I’ll be honest, I really like the stadium in Verona and their fans, as they have always mocked in an amusing and ironic way,” Balotelli said on the program. “If they want to distract a player, they can do it in a thousand ways, but not [with racism].

“My daughter saw this on TV and that made it hurt three times as much,” Balotelli added. “I can take all kinds of insults, but ones based on racism are not acceptable, have never been acceptable and never will be acceptable. Those who did it, and I repeat they are only a few, are complete idiots.”

On Tuesday, a group of local Verona councillors said they wanted the city government to take action against Balotelli for unjustly defaming Verona.

Gazzetta dello Sport published a motion sent to the Verona council by four councillors proposing that “the mayor and the legal offices of the municipality should take legal action against the footballer and all those who attack Verona by unjustly defaming it.”

The motion added: “It is no longer fair that Verona is put in the dock when, as in this case, nothing happened.”

Information from the Associated Press and Reuters was used in this report.