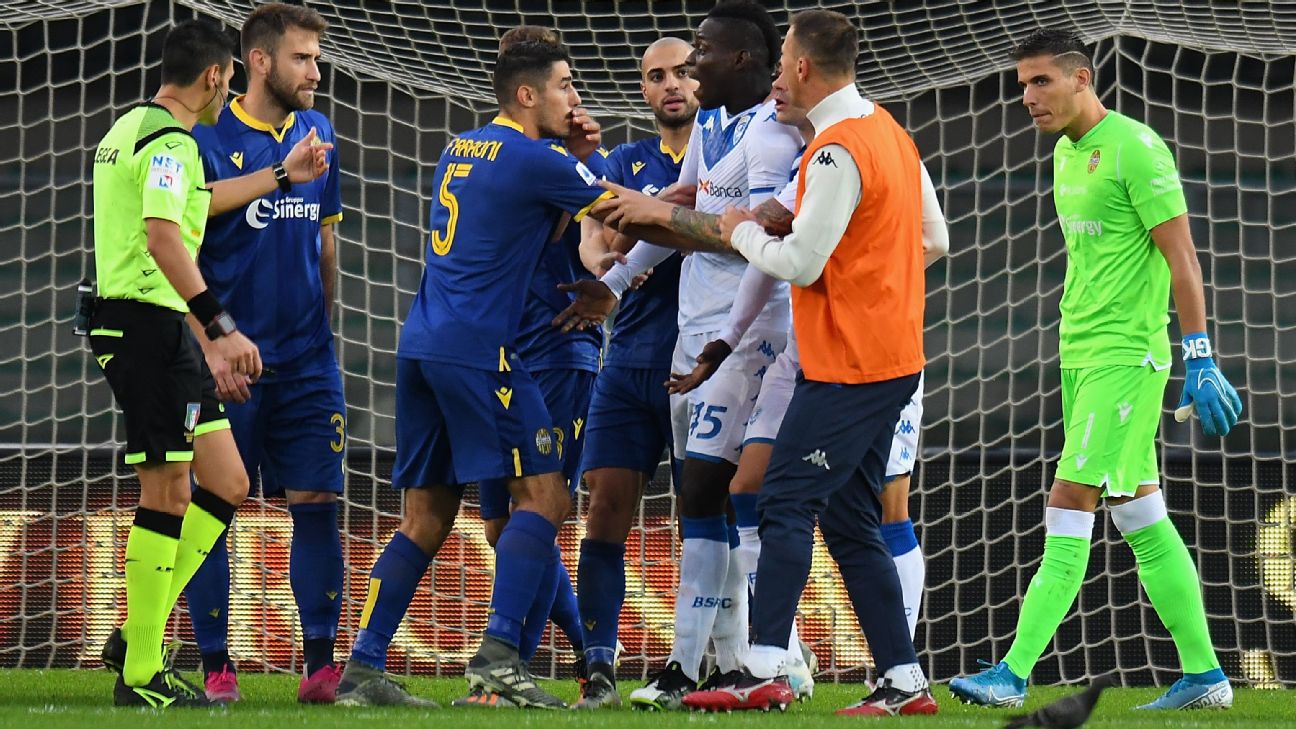 Mario Balotelli threatened to walk off the pitch after he was the target of racist abuse during Brescia’s Serie A defeat by Hellas Verona on Sunday.

Referee Maurizio Mariani paused the game and began the anti-racism protocol after Brescia’s Balotelli picked up the ball early in the second half and kicked it into the crowd.

Balotelli’s teammates and match officials convinced the former Manchester City and Liverpool striker to remain on the field, and an announcement followed, warning that further abuse would lead to the abandonment of the match.

“Racists make me sick, but today I didn’t hear anything,” Juric told Sky Sport Italia. “I heard a lot of whistles, the classic kind. A lot of provocation, but I heard nothing racist. It’s a lie.

“I didn’t hear [them], let’s not talk bulls—. I heard nothing, just whistles and nothing else. When there are [racist chants], I’ll say it, because they make me sick.”

At the time of the incident, Brescia trailed 1-0. They eventually lost 2-1, with Balotelli scoring five minutes from the final whistle.

Verona owner Maurizio Setti told Sky Sports Italia: “We heard nothing at the stadium. Racism among Verona fans does not exist.”

Serie A has endured a string of racism incident this season. On Saturday, another match was temporarily paused due to anti-territorial chants aimed at Napoli supporters by Roma fans.

Earlier in the campaign, Inter Milan forward Romelu Lukaku was subjected to racist abuse by Cagliari supporters, but the club were cleared after an independent judging panel found there was not enough evidence for any sanctions.

AC Milan’s Franck Kessie and Fiorentina’s Dalbert Henrique have also been targeted by racist chants but no sanctions have been handed out by the Italian league, federation or police.

“I don’t see why we have to hide the truth, not talk about what happens or say that it is not serious. No, that’s not how you go about it,” Infantino said in an interview with Sky Italia. “It’s unacceptable, absurd and surprising.”