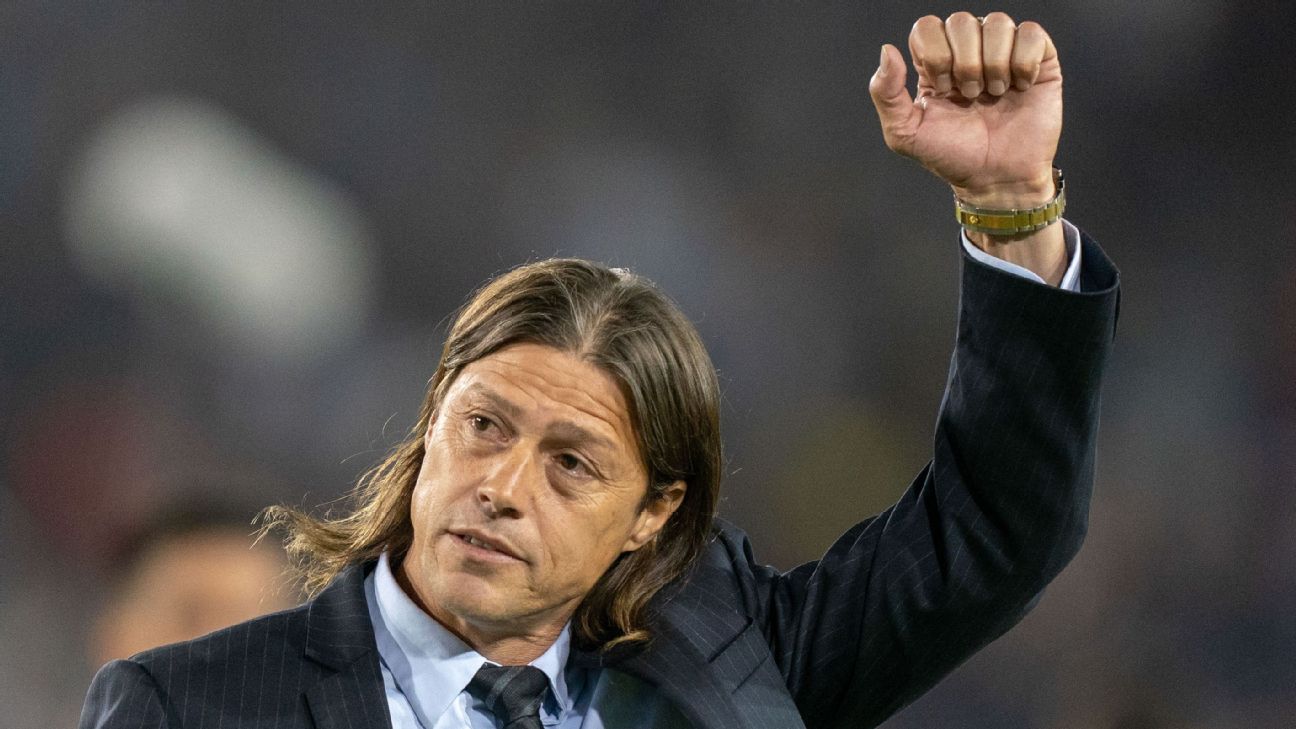 Matias Almeyda confirmed that he will remain manager of the San Jose Earthquakes and won’t be leaving to take up the reins at Liga MX side C.F. Monterrey.

Ever since Almeyda was named the Quakes manager last year there have been varying levels of speculation that Almeyda would depart. Various reports last week had Almeyda exiting the Quakes to join up with Los Rayados, who have been without a full-time manager since firing Diego Alonso on Sept. 30.

Speaking at his season-ending press conference, Almeyda confirmed that he’s had several offers from different clubs over the course of the year, as well as one national team from South America. He added that his agent, Lalo Hernandez, had met with Monterrey officials.

“I thanked them that they thought about me,” said Almeyda about Monterrey with the help of a translator. “And keeping in mind the contract that I had here, I told them that I cannot keep going with these talks because my mind is here in San Jose and my players. And with the directors, we’ve talked about having project and moving up the hierarchy in this club and which I believe in, and which I’ve projected my life here now.”

Almeyda admitted that the Monterrey job was an attractive one, but that he sees his future in San Jose.

“A club like Monterrey is tempting to any coach, because they have a very rich squad, a marvelous club, and it’s a club in which any coach would dive in head first,” he said. “If I was in Monterrey and the same thing would have happened, I would have stayed in Monterrey because I keep my word. Many Mexican journalists have called me, throughout these days, which we spoke about. I publicly apologize because I never responded to their calls. So everything that was spoken was their own imagination and lies. That’s why I want to be honest with myself. I’ve been honest with people in San Jose, and I’ve been honest with the approach that Lalo Hernandez had there. I have nothing left to say but thank you to those people.”

Almeyda has previously managed River Plate and Banfield in his native Argentina, as well as Liga MX side Chivas. He said that in his previous stints, he had always left by mutual agreement, and not because he simply wanted to leave for a better job. Almeyda admitted that of the offers he received after his tenure with Chivas ended in 2018, San Jose’s offer was the lowest one economically.

“Coaches always get mad when we get fired,” he said. “We have to be coherent and keep going when we have a contract, although the tempting offers are 10 times larger than where you at.”

He added, “I have a group of players for which I’m grateful for what they put in. There’s staff, directors and owners who have given me all that they can. I’m only left to say that I’m grateful being in this place. I’m hopeful that this place will keep growing, that we can grow in terms of hierarchy every day. That’s why changing clubs doesn’t even cross my mind.”

In terms of next season, Almeyda said he didn’t expect there to be many changes to the Quakes’ roster and that the team would be selective in terms of its reinforcements. This despite the fact that while San Jose recorded a 23 point improvement this season, it failed to reach the MLS Cup playoffs, losing nine of its last 11 games.

“We know and are aware that there’s a difference [between] the clubs that have invested the most and San Jose,” he said. “We don’t want our owner to invest millions. Our idea is to add more youngsters. Yes, have some reinforcements come in, but not those stars that are unreachable. We believe in our game and in our system of play and teamwork.”

One player who seems poised to come back next season is leading scorer Chris Wondolowski. The Quakes legend netted 15 times in 2019, and in the process passed Landon Donovan to become the league’s all-time leading goalscorer. Almeyda said there is a contract offer on the table for Wondolowski.

“This doesn’t guarantee that [Wondolowski will] be a starter, that him or any other players are guaranteed starters next year,” said Almeyda. “But he has shown why he’s a starter in so many games. He was able to behave like a great professional when he wasn’t starting. It made us very happy that he was able to get that record and be able to overcome it.”