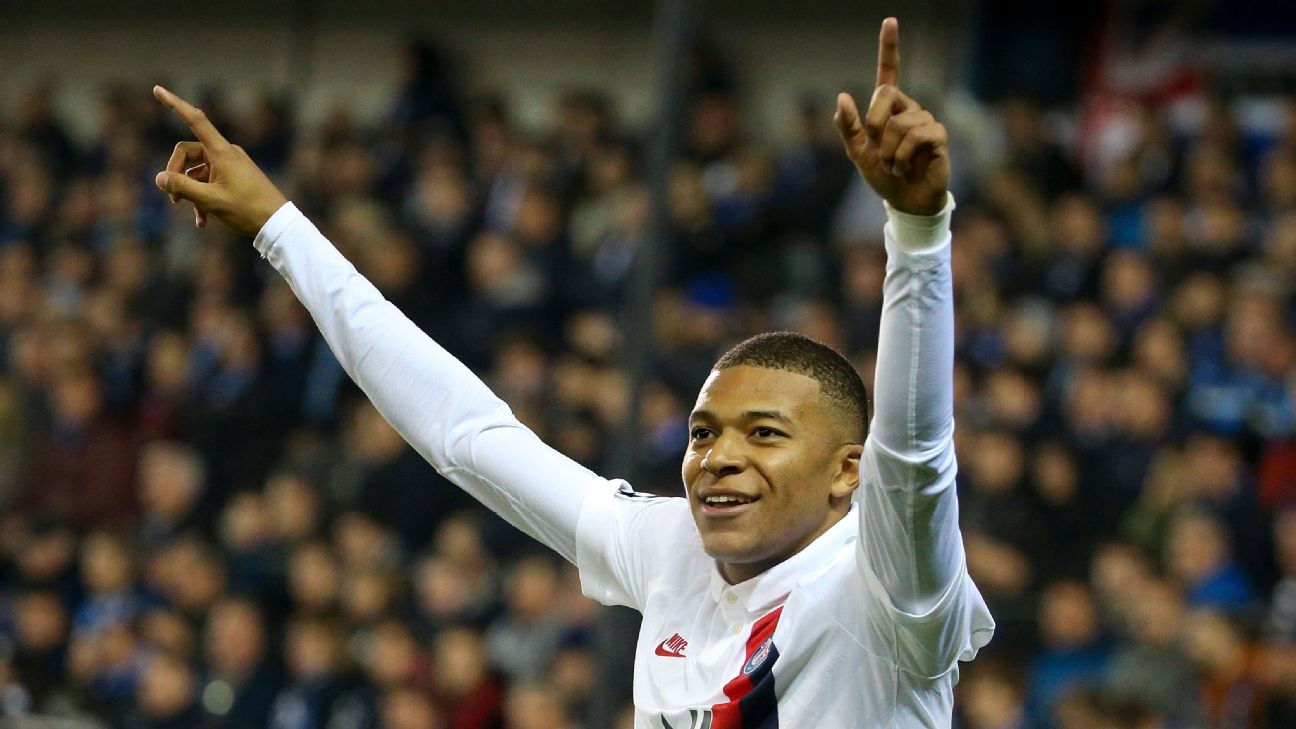 After all, the worst thing possible for the Club Brugge players and their fans on Tuesday was actually to see Kylian Mbappe on the bench for PSG. What might have looked like good news in theory, with the French prodigy not starting the game, turned out to be the complete opposite.

The young star felt he had a point to prove when he came on, but he did even more than that. Mbappe was frustrated to have been left on the bench by Thomas Tuchel when he thought he was going to start. Getting off the team bus at the stadium before the game, his unhappiness was obvious. “I wanted to come on and show that it is hard not to play me,” he told French TV after the match.

Three goals and an assist in just 22 minutes changed the whole game and added to Mbappe’s stellar (and still growing) reputation. It was a brutal demonstration of his raw talent, another assessment of his genius. In 22 minutes, he scored as many Champions League goals than Lionel Messi and Luis Suarez combined in the whole competition so far this season. At 20 years, 306 days, he’s the youngest to get to 17 goals in the world’s best club tournament. Messi got there at 21 years, 337 days, more than four years after his first-team debut. Raul was 22 years, 261 days old.

Although interrupted by a Mauro Icardi goal, Mbappe’s hat trick in Belgium — a perfect one as well, with a right foot goal, left foot goal and header — was already the fifth of his career, including the four-goal outing he managed against Lyon last season. If you look at other players again, not as a comparison but as an indication, Messi had only one hat trick at the same age and Cristiano Ronaldo none.

What Club Brugge fans experienced Tuesday, seeing Mbappe entering the field to destroy their team and put an end to their hopes of getting something from the game, must have felt like how Marseille fans felt in Le Classique at the Velodrome a year ago. (Marseille head to Paris for a date with PSG on Sunday.) In that affair, Tuchel had decided to drop his striker because he was late to the team meeting (along with Adrien Rabiot) after watching El Clasico between Barcelona and Real Madrid.

Mbappe eventually came on, after 63 minutes, with the score locked 0-0. He scored three minutes later.

Despite being just 20, Mbappe already has an interesting history with Marseille and Le Classique. There was his derby debut in October 2017, in which he was booked and subbed off before Edinson Cavani‘s 90th-minute equalizer as it finished 2-2, but remembered for his controversial comments afterward. “For us [PSG], we have plenty of games to play. For them [OM], it is the game of the year. Maybe we did not give Le Classique the importance it deserved,” he told the media.

That evening, he was booed heavily by the Marseille fans, had a bad game and clearly learned from it. After that result came his goals in this long-running rivalry. The first one arrived in February 2018 at the Parc des Princes in a 3-0 win. His second one came after being dropped in October 2018, the third one in the 3-1 victory in Paris this past March. Three goals in four games against Marseille, a superb start for Mbappe in a rivalry he’d always wanted to be a part of having grown up in Paris.

On Sunday in the 97th Le Classique, Mbappe will be the biggest threat to Marseille; not the only one, but the main one. With him up front, Icardi and Angel Di Maria should start at the Parc des Princes. They’re in great form too: Di Maria has been Ligue 1’s best player this season so far, with seven goals and six assists in 14 games (all competitions) including a sensational hat trick of assists in Bruges on Tuesday night.

Icardi, meanwhile, has scored five times in his past four appearances, all of them converted a single touch. No need to control the ball before finishing: just clinical, sleek, efficient forward play.

In Neymar‘s absence and with Cavani not playing at the moment, the “IMD” will likely lead the line for PSG on Sunday. Their understanding on the pitch is getting sharper though the leader will be Mbappe once again. After a frustrating start of the season due to a hamstring injury that kept him out for almost eight weeks, he is firing again.

It’s the perfect time for PSG ahead of Le Classique, but also for Mbappe himself in his quest of the Ballon d’Or. This year seems a very long shot for him to claim the award but now that the voting is open, it never hurts to remind the voters and everyone else just how good you are.