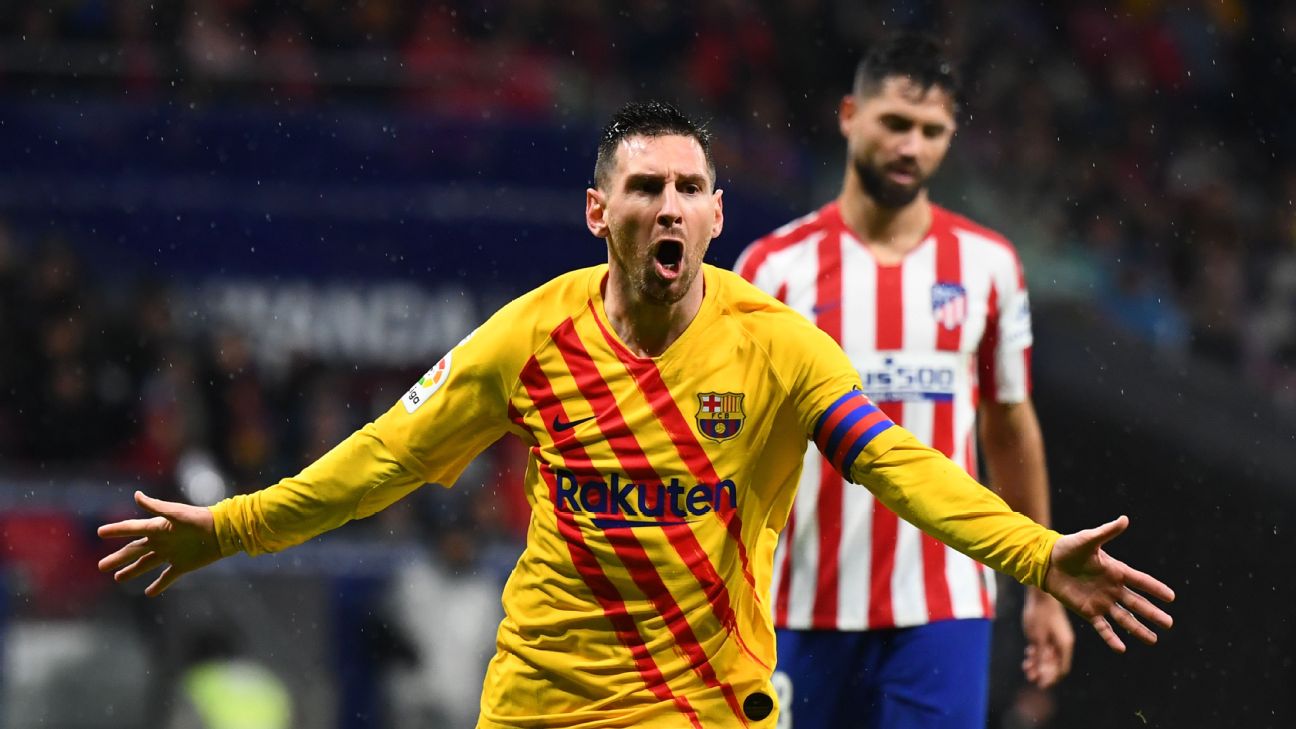 Barcelona manager Ernesto Valverde said the football world must get used to the idea that Lionel Messi will retire in the near future, adding that he will cherish being able to tell people he was able to coach the Argentine.

Messi, ranked the No. 1 forward in the ESPN FC 100, was crowned world player of the year for a record sixth time when he received the Ballon d’Or in Paris on Monday and set alarm bells ringing by saying in his speech “you enjoy these moments more because my retirement is getting nearer.”

“It’s something natural, it seems normal, Leo is 32-years-old and although I don’t think he’s thinking about retiring now it’s something which is in the air,” Valverde told reporters ahead of his side’s La Liga game at home to Real Mallorca on Saturday.

“But I don’t think we should go crazy about it, we have to look at it naturally. Everyone thinks about retirement when they get to a certain age, but just because he’s thinking about it doesn’t mean he’s going to retire in the next three days.”

Valverde added that he may only begin to truly appreciate Messi’s greatness in a few years’ time, comparing the forward’s impact on the game as that of the late Argentine Alfredo di Stefano, who led Real Madrid to five consecutive European Cups.

“I’m aware of how lucky I am but sometimes the demands of everyday life means you are not allowed to enjoy everything. I think you appreciate these things more with time,” he added.

“I’m aware that I have the enormous fortune of being able to say in a few years I coached Leo.

“In the same way that older people talk about Di Stefano, we will be able to tell future generations that we lived through the Messi era and some people like me will be able to say we enjoyed it close by.”

Messi has scored 11 goals this season for Barca and struck a superb winner in last week’s 1-0 win at Atletico Madrid which kept the Catalans top of the standings, locked on 31 points with Real Madrid.

Barca will still be without injured trio Nelson Semedo, Ousmane Dembele and Jordi Alba for the game with promoted Mallorca, who are 17th in the standings and have lost four of their last six league outings.

Other players who will be out following training injuries will be Arthur and Ansu Fati, the latter who recently signed a new deal until 2022 with a buy-out clause of €170 million.