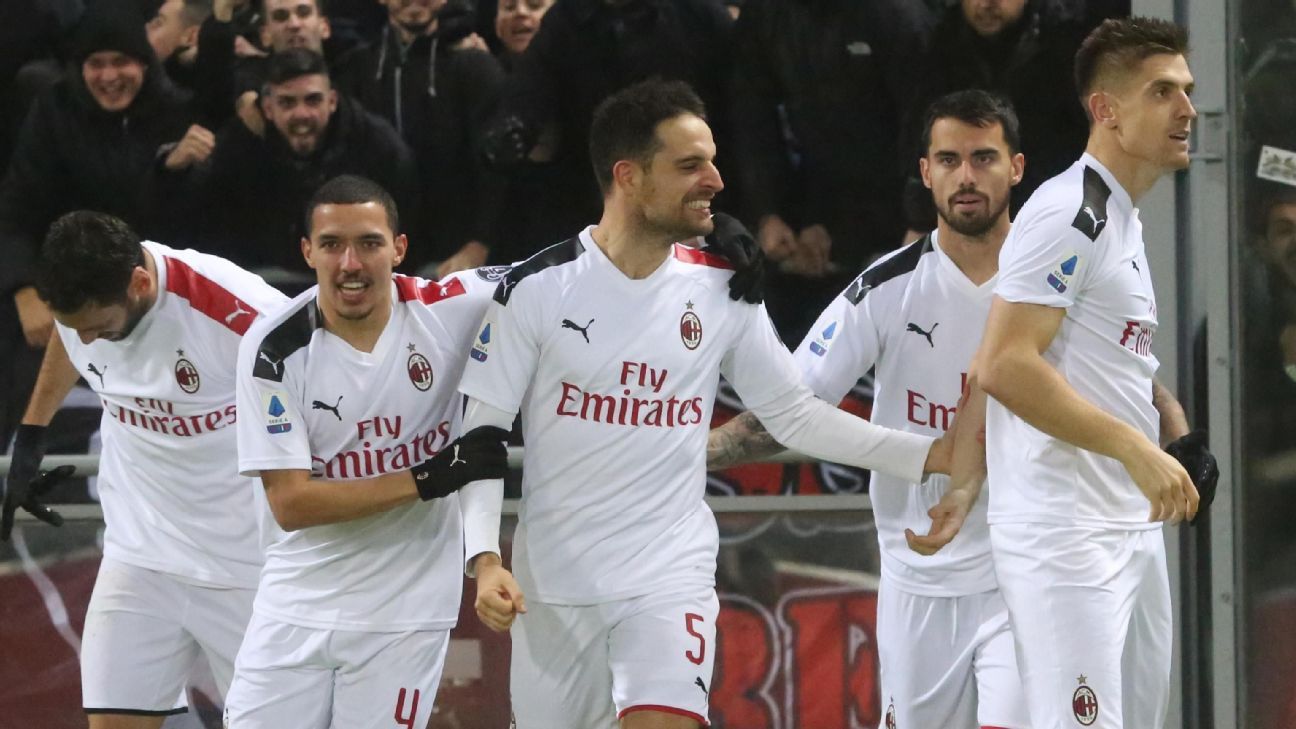 AC Milan defender Theo Hernandez scored at both ends and gave away a penalty as his side won 3-2 at Bologna in a dramatic Serie A match on Sunday.

Krzysztof Piatek won and converted a penalty in the 15th minute before Hernandez added a second goal for Milan in the 32nd although the Frenchman put through his own goal at a corner five minutes before the break.

Giacomo Bonaventura restored Milan’s two-goal lead with a curling shot straight after half-time but Milan had to cling on after Hernandez barged into Riccardo Orsolini and Nicola Sansone converted the penalty with six minutes left.