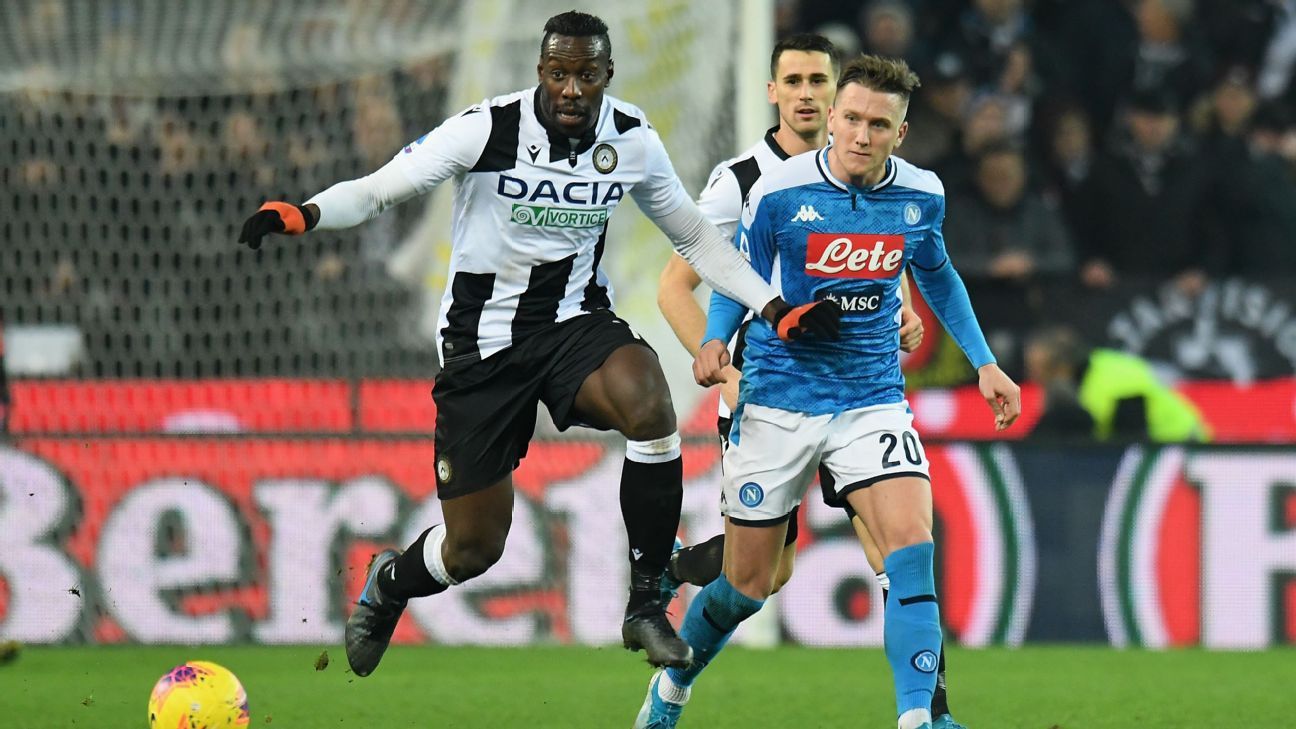 Troubled Napoli extended their winless run to nine matches in all competitions, piling more pressure on beleaguered coach Carlo Ancelotti, when they were held to a 1-1 draw by lowly Udinese in Serie A on Saturday.

Seven of those matches have been in the league, making it their longest winless run in Serie A since early 2010. It was a typical performance by Napoli who dominated the match but struggled to turn their possession into clear-cut chances.

Udinese went ahead with a goal which started with a Napoli corner. The ball was cleared upfield and Seko Fofana sent Kevin Lasagna clear to beat Alex Meret and open the scoring in the 32nd minute.

Napoli’s pressure finally paid off in the 69th minute when they won possession on the edge of the Udinese area and Piotr Zielinksi placed his shot wide of Juan Musso to equalise.

But they could not find a winner and were left in stuck in seventh place with 21 points, eight short of the top four where they would need to finish to qualify for the Champions League next season.