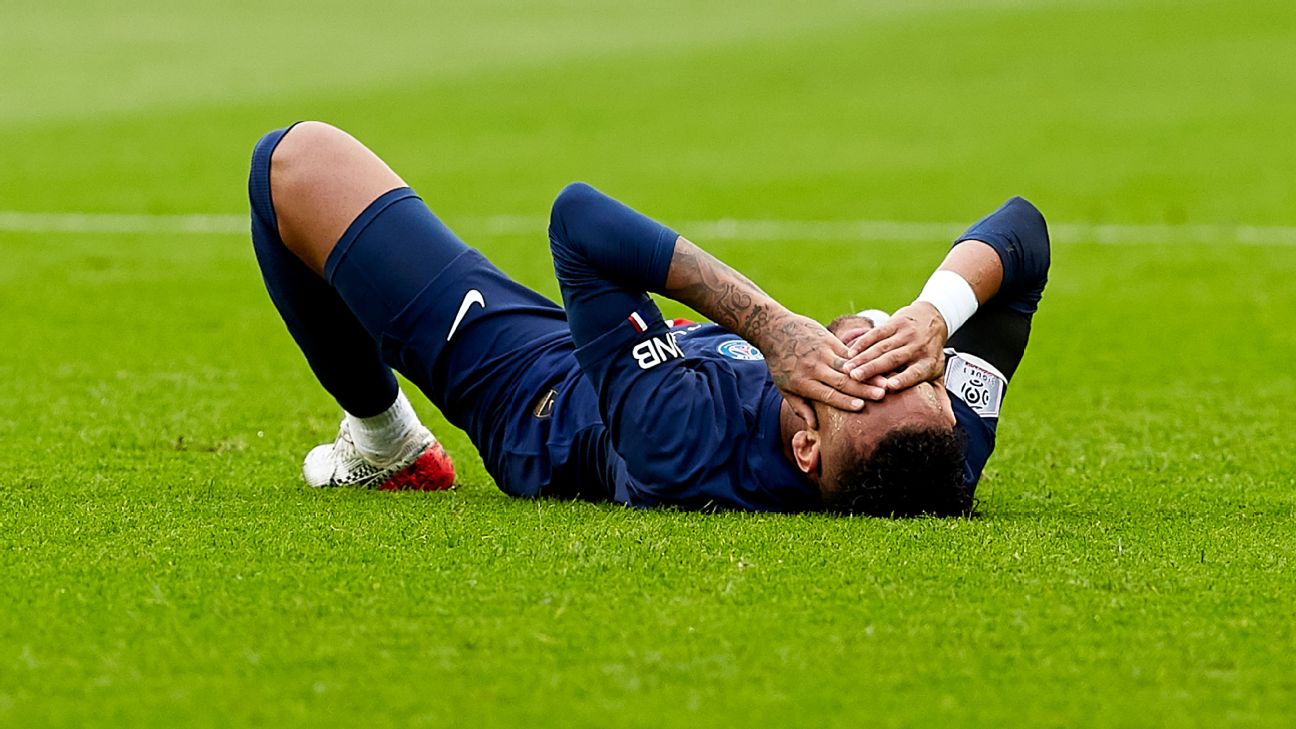 Neymar has been ruled out Paris Saint-Germain’s Champions League clash with Club Brugge, meaning he has missed half of their matches through injury or suspension since his world record €222 million move from Barcelona in 2017.

The Brazil international, who was due to return from Champions League suspension against Club Brugge in the Champions League after his ban for an outburst towards match officials during the round of 16 home defeat to Manchester United last season was shortened, was injured representing his country and will be out for up to a month.

This latest setback means Neymar misses the clash in Belgium and has therefore been unable to play in 63 of 126 games across all competitions with PSG — half of their fixtures over his two-year spell at Parc des Princes.

Eight of the 63 matches missed by the 27-year-old have been through suspension, but the large majority (53) of the rest have been injury or fitness-related.

PSG beat Amiens 2-0 in the opening round of Ligue 1 fixtures in 2017-18 and while Neymar had been signed, his registration was not completed in time for him to play.

Also, coach Thomas Tuchel said ahead of this season’s 4-0 home win over Toulouse and 2-0 away victory over Metz towards the end of August that Neymar was fit enough to play but would not feature as his future was then not clear.

Neymar’s two main spells out of action both came in winter, with a fractured metatarsal in his right foot the lengthiest — it ended his debut campaign in February of 2018 and made preparation for the 2018 World Cup difficult.

The second, suffered in January of 2019, kept him out until late April and ended with him missing this summer’s Copa America success on home soil after he suffered an injury in a pre-tournament friendly.

Neymar’s regular absences have contributed towards him having failed to make the cut for this year’s Ballon d’Or, while teammates Kylian Mbappe and Marquinhos were included in the 30-man shortlist.