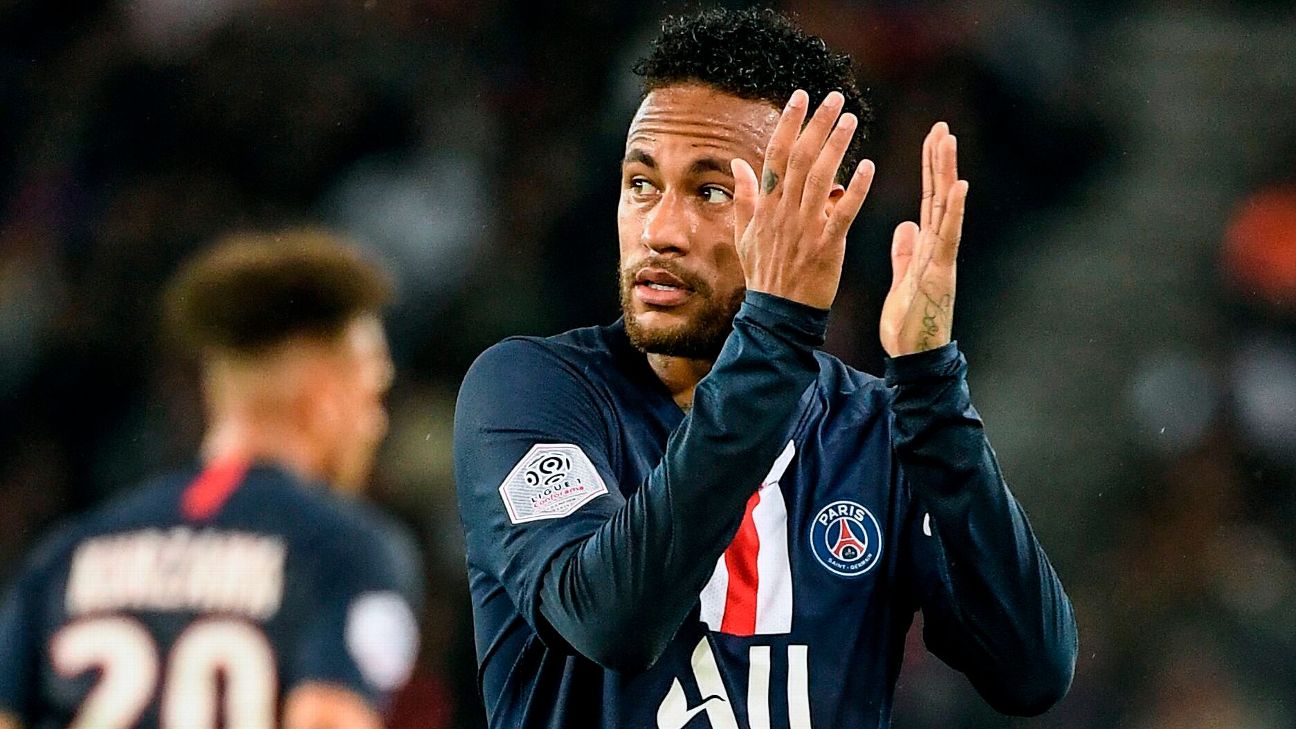 On the flight back to Paris from Bordeaux on Saturday evening, Neymar and Kylian Mbappe were sat next to each other. While some on board were sleeping (or trying to), watching some shows on Netflix or playing the new Mario Kart game on their phones, the two best friends were messing around, playing music and dancing. You could almost hear them laughing all the way back to the capital.

What’s important here isn’t that Neymar was on the plane with Mbappe, but that the Brazilian’s happy and enjoying life again as a Paris Saint-Germain player.

“It is like a new lease of life,” a source close to the team told ESPN. “It feels like he is a different person at times. He is happy, relaxed, interacting a lot with everyone. He wants to prove what a world-class player he is so he gets forgiven by the fans. This season is an important one for him and for the club and he knows that. He wants it to be a really successful one.”

Of course, the record shows that Neymar wanted to leave PSG. It was the transfer saga of the summer but one that ultimately ended in disappointment for everyone: the player, his old club Barcelona and a PSG side that was perhaps willing to cut their losses and move on. However, once Neymar knew he was staying at the Parc des Princes, his mindset changed. It was time to embrace both the club and the fans. He was not going to sulk but instead look to make the best of a bad situation. But will the fans forgive him?

Before rejoining the PSG squad for the Sept. 14 game against Strasbourg, Neymar addressed his teammates: “I am going to be back to my best and take this team to the next level.” Since then, PSG have won 1-0 three times in their last four Ligue 1 matches, with Neymar netting all three of those match-winning goals, including two world-class efforts vs. Strasbourg and at Lyon. In Bordeaux on Saturday, the thousand Paris ultras who travelled south didn’t boo him — they did after his game-winning effort vs. Strasbourg — but cheered him on.

It feels very much like the start of the Neymar 2.0 era in Paris. The Brazilian won’t drastically change his way of playing or his lifestyle. That’s not the point anyway, but he has clearly decided to embrace the club, its culture, its philosophy and its fans more than ever.

With manager Thomas Tuchel, Neymar’s relationship has always been great, perhaps too great at times. The German manager allowed his No.10 too much freedom last season but Tuchel will continue to build a lot of his season around Neymar. Also, the arrival of Leonardo as a sporting director, possessing much more authority and power than his predecessor Antero Henrique, also meant that Neymar’s attitude had to change from the last two seasons.

Leonardo was firm with him from day 1. He reminded Neymar of what he expected from him: leadership by example on and off the pitch, responsibility and respect of the club and the fans. Neymar, and his father, liked Leonardo’s honesty. After all, Leonardo knows how important the former Barcelona player is to the team. His stats are incredible so far in 2019-20 but this time, the club is hoping Neymar won’t get injured and miss the last four months of the season, particularly when they might need him most in the knockout stages of the Champions League.

The Neymar/Mbappe axis will be at the heart of everything good that this PSG squad will do this season. As Tuchel said after the win in Bordeaux, “life is easier when you have this kind of quality.”

On Saturday evening, once the PSG plane landed in Paris, Mbappé and Neymar went home before meeting again, this time to attend the birthday party of their friend, the model Cindy Bruna, at the luxurious Lutetia Hotel in the Saint Germain des Près area of the capital. Between them, it is a proper bromance. They make each other happy.

“There are no filters between us. That’s the charm of our relationship, which was always based on honesty and admiration,” said Mbappé on Saturday. They have the whole season to make sure that the “Ky-Ky and Ney” duo takes PSG as far as possible. But there’s no telling how long it might take Neymar to repair things with the fans. A few more big goals can’t hurt.