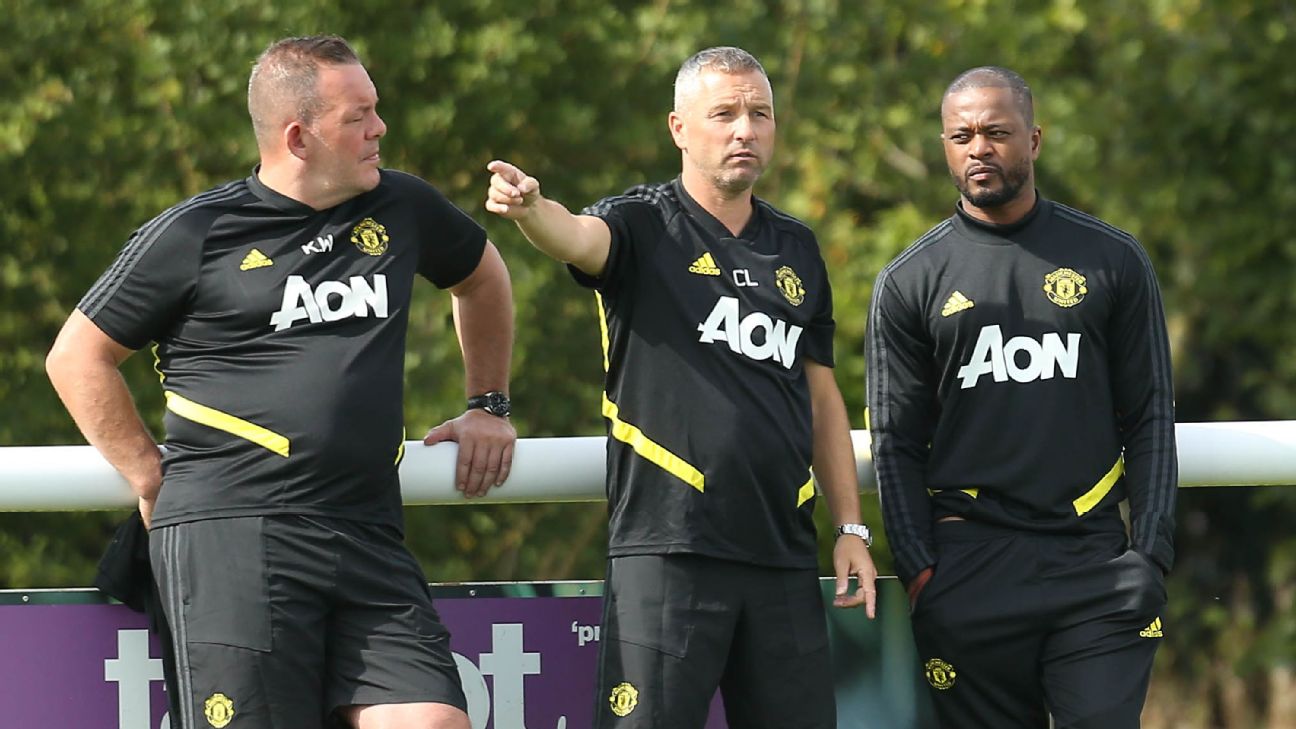 Patrice Evra has said he has held talks with Manchester United about returning to the club in a coaching role.

The former United captain retired from football in July and has been working on his coaching badges at United’s training ground.

“I’m having some important talks behind the scenes and we’ll decide whether I will work for the club in a certain role or not we’ll see,” he told Sky Sports.

“But I want to make it clear because some people think I’m already working for United but no, there’s been some talks. But at the moment I’m only doing my badges.

“If I come back to the club it’s not just to put my face on it, it’s to make sure that the club is going back to being the best club in the world.

“As a player I sacrificed my life to succeed at this club. I don’t know which role I have but I will do the same.”

Evra spent eight years at Old Trafford between 2006 and 2014 and won five Premier League titles and the Champions League.

Former United goalkeeper Edwin van der Sar recently said he would be interested in a return to Old Trafford as the club continue their search for a director of football.

Meanwhile, former Liverpool captain Jamie Carragher apologised to Evra over the club’s support of Luis Suarez during a racism row in 2011.

Suarez was found guilty of having racially abused Evra and banned for eight matches by the FA, but Liverpool players wore supportive shirts for the striker the following day.

“There is no doubt that we made a massive mistake,” Carragher said. ”Maybe I have to look at myself now and say I did not have the courage as an individual to say ‘I am not wearing it’.

“I don’t think everyone within Liverpool thought what we were doing was right but I do think as a football club, or you as a family, your first reaction is to support them even if you know that they are wrong, and that is wrong.”