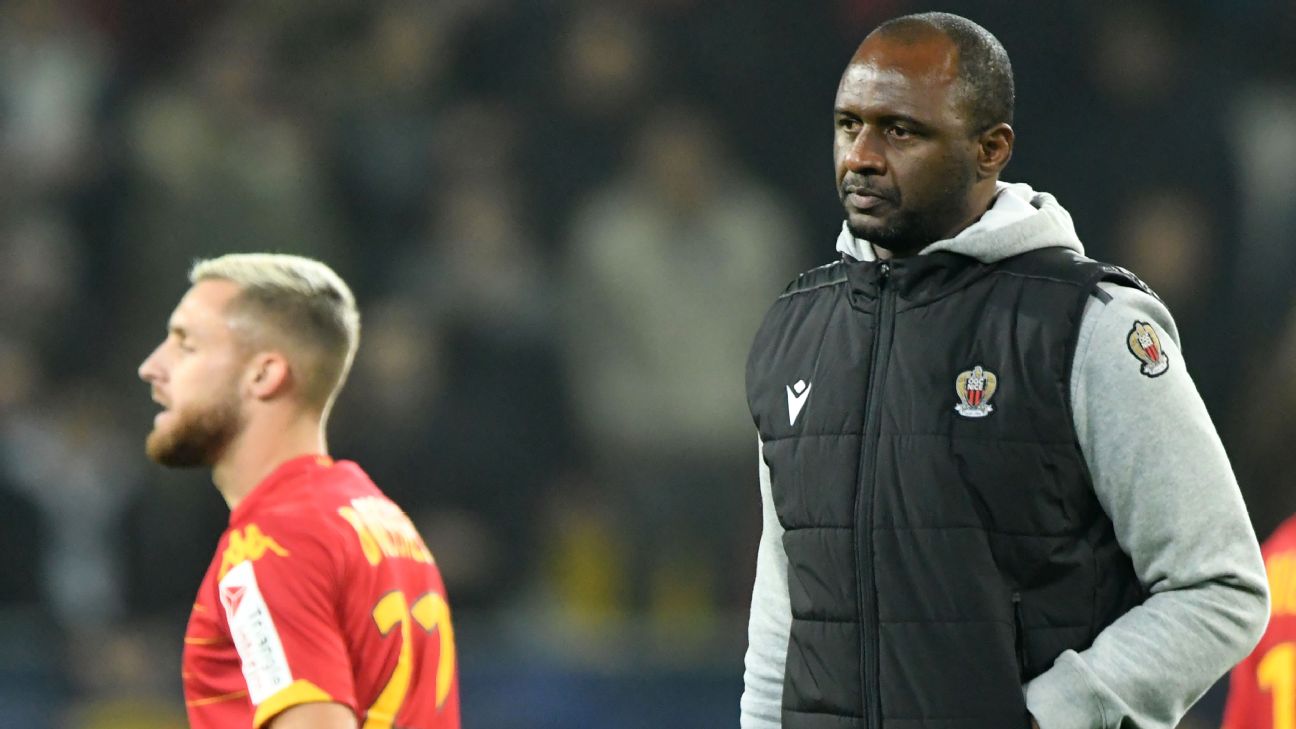 Patrick Vieira is not at the top of the Arsenal wish list for their managerial role but remains in contention, sources have told ESPN FC.

Former Gunners captain Vieira, who manages at French club Nice, is one of the candidates and his profile is being considered by the club’s hierarchy. Reports, however, stating that he was the favourite to get the job are off the mark at the moment.

Vieira is keen on getting the job but some of his team’s recent performances have raised questions. Nice are 14th in the Ligue 1 table with more losses (8) than wins (6) this season. They were defeated 4-1 at Saint-Etienne in midweek and have not won back-to-back league matches since the first two match days of the season.

Vieira, 43, arrived on the Cote d’Azur in July 2018. He finished 7th in his first season but overall has a losing record since joining the club and averages 1.39 points per game in the French top flight.

Prior to Nice, Vieira managed two seasons at MLS side NYCFC for two seasons, where he finished with a record of 44 wins, 22 draws, and 28 losses.

The Arsenal board has started the process of choosing their next manager. The idea is to get the right man, take their time, and not select the first one available, according to sources.

The directors also want to give time to interim boss Freddie Ljungberg to have a positive impact on the team, even if his first two games in charge, at Norwich (2-2) and against Brighton (1-2) have been disappointing.