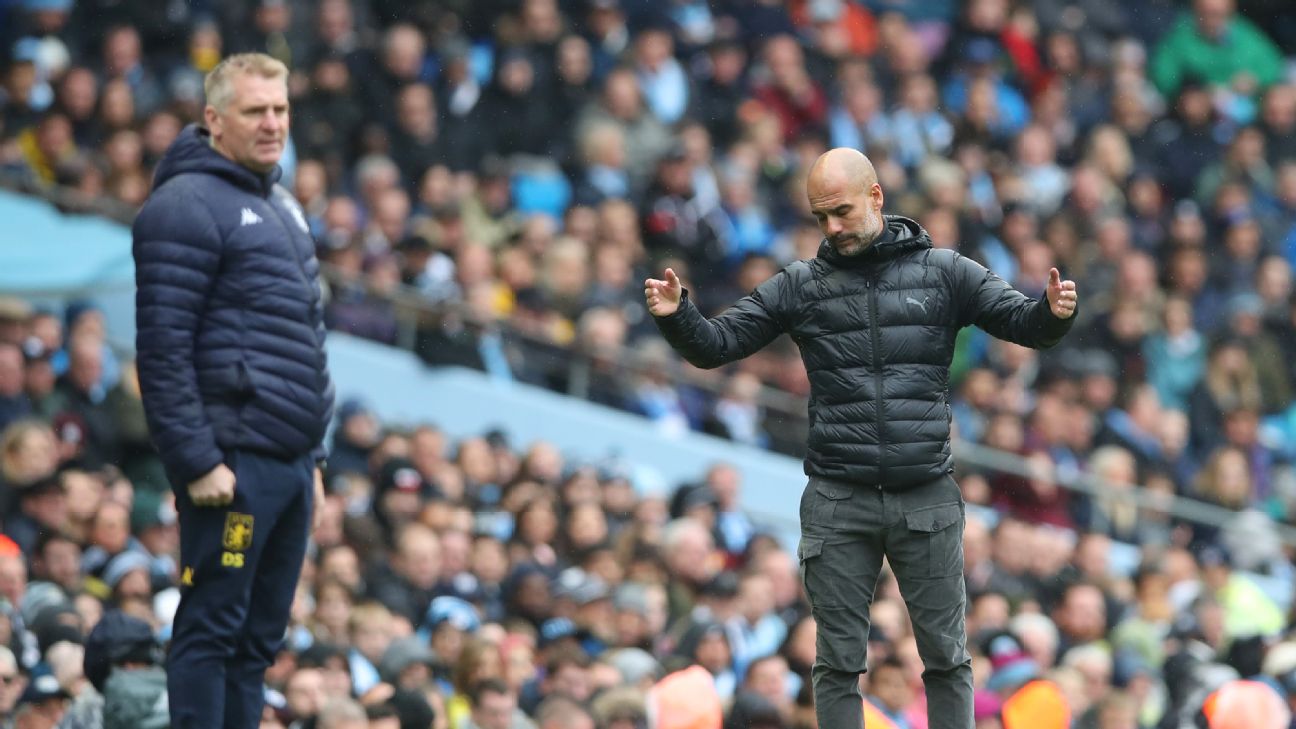 MANCHESTER, England — Pep Guardiola has warned his Manchester City players that too many performances like their first half display against Aston Villa would see them relegated.

City eventually ran out 3-0 winners against Villa after a tough first 45 minutes that saw the score level at the break.

The victory moved the champions to within three points of Liverpool before they play Tottenham on Sunday but Guardiola was not completely satisfied.

“Six days ago we were eight points [behind Liverpool] now we are three,” Guardiola told a news conference.

“If we play the level we played in the second half, we can be there at the end of the season I am sure of that.

“If we play the way we did in the first half, we will be in the relegation positions far away from the leaders of the table. That is my view. Not just this season but all the time.”

After his midweek hat trick against Atalanta, Raheem Sterling was again City’s key man after scoring the opener 19 seconds after half time before a controversial David Silva strike and Ilkay Gundogan sealed the win.

It was a difficult afternoon for Villa who saw their four-match unbeaten run come to an end but captain Jack Grealish, who left the stadium on crutches after suffering a calf injury, still caught Guardiola’s eye.

“He is incredible, incredible player, top player,” Guardiola added. “I am happy for the fact he is an Aston Villa player and he got offers to move on but decided to stay there in the Championship.

“I like that they were promoted to the Premier League and defend his club.

“He is a talented player — fast in the final third, passes, always creates something. He’s an exceptional player but too expensive for Manchester City!”