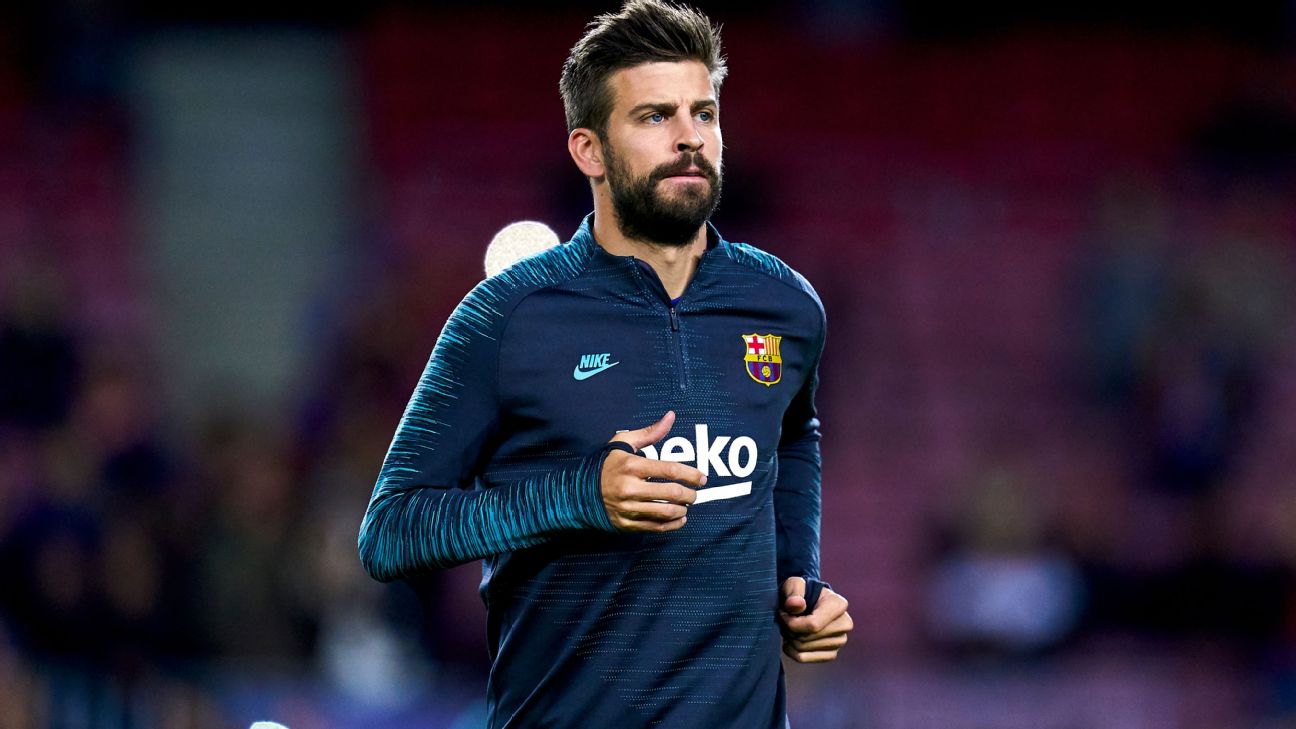 BARCELONA — Ernesto Valverde says Gerard Pique is not certain to start Saturday’s La Liga game against Leganes following a week which has seen the defender occupied by the Davis Cup in Madrid.

Pique’s company Kosmos is behind the revamped Davis Cup — the premier international team event in men’s tennis — which is taking place in the Spanish capital this week. Kosmos have pledged to invest $3 billion into the sport over 25 years by converting the competition into a World-Cup-style format.

The tournament began on Monday and culminates with the final on Sunday. Pique has been shuttling between Barcelona and Madrid all week, training with his club in the morning before attending games at the Caja Magica in the evening.

“We will see when we name the team if he’s in condition to play,” Valverde said in a news conference on Friday.

“I’ve spoken with him about these issues and he seems focused. He has things that he does outside of football. Curiously, when players say they don’t know how to do anything but football, they’re criticised, and then when they do… If I think he’s focused and ready to play, he will play. If not, someone else will.”

Barca travel to Madrid themselves on Friday ahead of the game against Leganes. That could allow Pique to attend the Davis Cup quarterfinal match between hosts Spain and Argentina.

However, Valverde wouldn’t confirm if he will give the centre-back permission to return to the Caja Magica on the eve of Saturday’s league match, although stressed that his side has “an important game” to think about.

A 4-1 win against Celta Vigo before the international break has eased the pressure on Valverde, although the coach did grow irritated by the tone of a number of questions.

“Why are there so many questions asking if I am worried?” he responded when asked if he was concerned that Antoine Griezmann, who is without a goal in five games for Barcelona, looks in better form for France than his club.

“I always end up leaving [news conferences] worried about loads of things when I arrived worried about nothing. I just focus on my team. What I care about is how we are doing. I know there’s a lot of attention on Griezmann but he’s contributing a lot and we can think he can add even more.”

League leaders Barca are without full-backs Jordi Alba, Nelson Semedo and Sergi Roberto for the Leganes game, with Junior Firpo and Moussa Wague expected to full in.