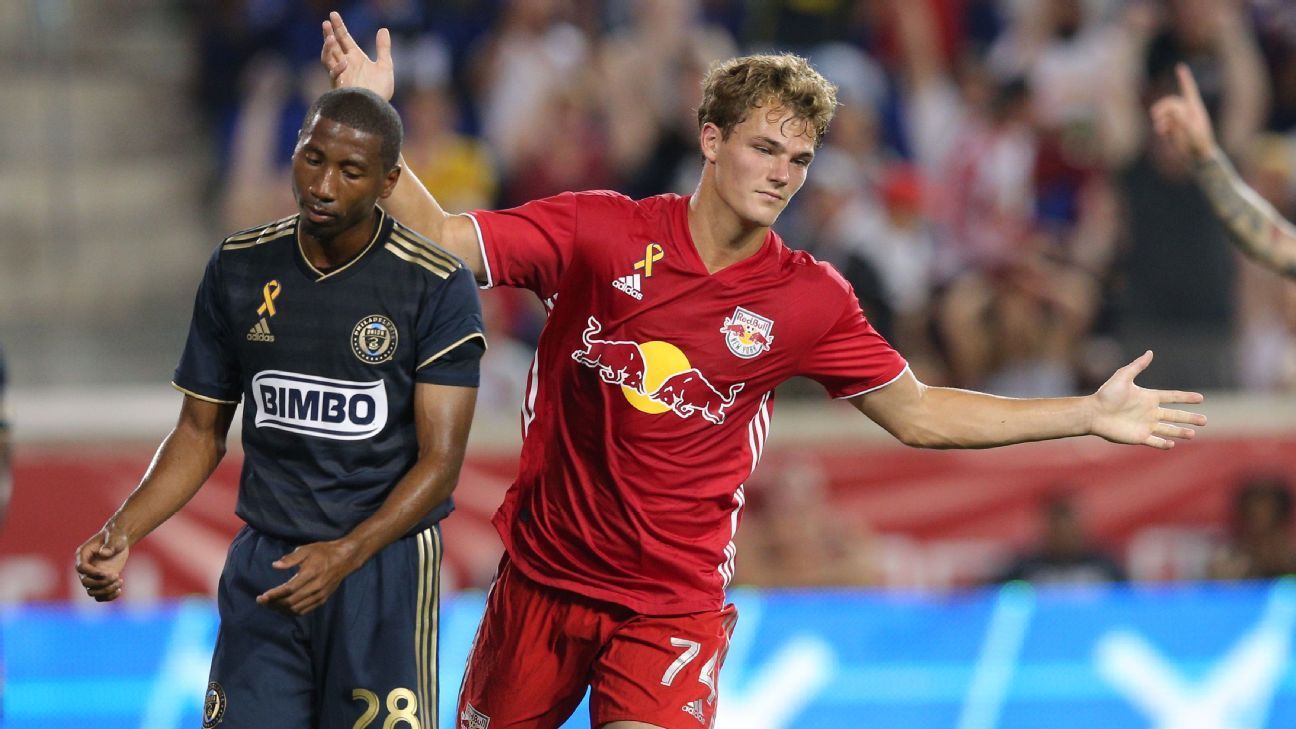 Tom Barlow scored his third goal of the season, and the New York Red Bulls defeated the Philadelphia Union 2-0 at Red Bull Arena on Sunday while moving above Toronto FC in the Eastern Conference table.

Daniel Royer added his 11th goal late for the Red Bulls (14-13-5, 47 points), who for the moment rose to fourth in the East, one point above a D.C. United side that played later Sunday at home against Seattle.

Having already clinched a playoff berth, New York is competing for a top-four spot, which would secure a home playoff game in the first round.

In their second consecutive win, the Red Bulls were relatively dominant over a Philadelphia side (15-9-7, 52 points) that has now slipped to third in the East after Atlanta’s victory over San Jose Saturday to move to second.

Barlow gave the Red Bulls the lead in the 32nd minute on a sequence that began with him winning an aerial duel in midfield to nod down goalkeeper Luis Robles‘ long ball.

Josh Sims reached it and raced down the right flank then sent in a low cross toward the six-yard box. Goalkeeper Andre Blake appeared to get caught in two minds, and then dove to try and push it out of danger. Instead, it came straight back to Barlow, who had a simple tap-in.

It was hard on Blake, who had reacted well on a diving save of Daniel Royer’s 13th minute episode.

New York should’ve added to its lead in the 53rd minute, when Kemar Lawrence dragged his cross back from the left flank into Royer’s run, only for the attacker to fire wayward on an open attempt from 10 yards.

Philadelphia’s best chances came inside the final 15 minutes, with Robles and defender Tim Parker making the crucial interventions to keep RBNY in front.

Then substitute Bradley Wright-Phillips set up Royer late for a deserved insurance tally on his fifth shot of the game.