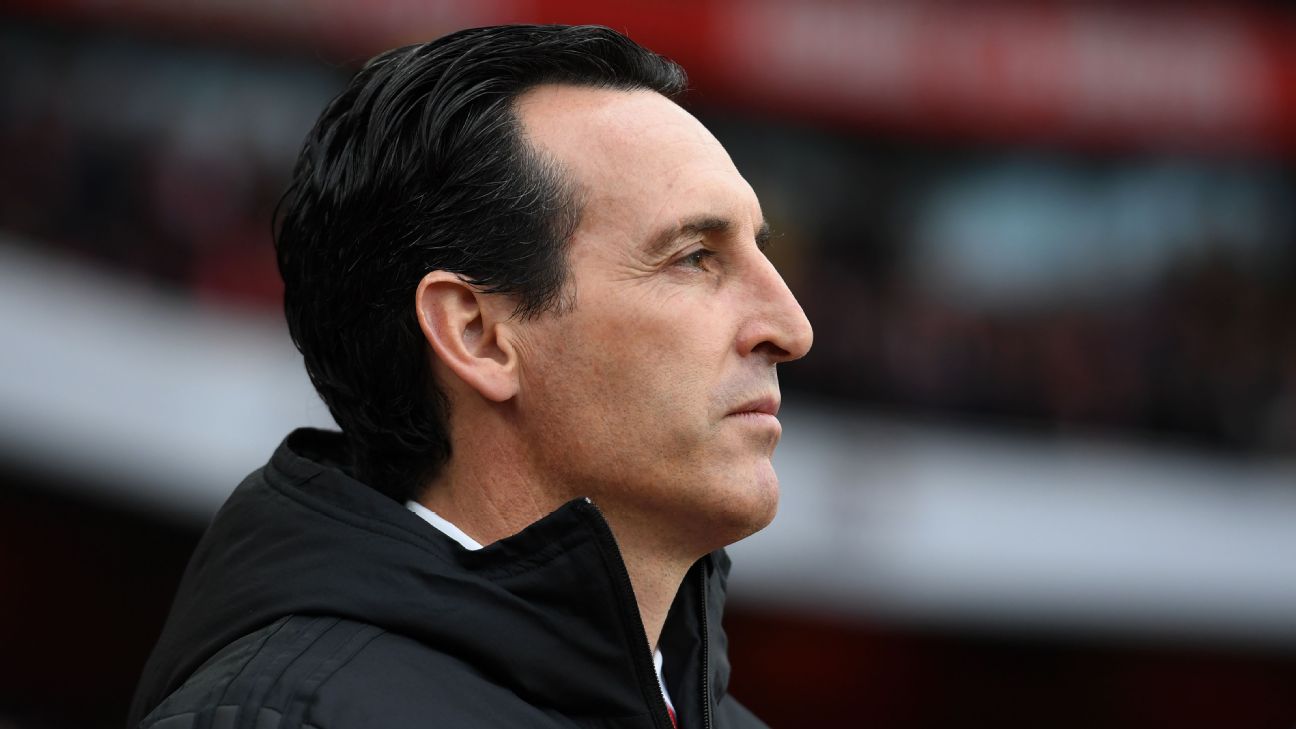 Another wild weekend in the Premier League is done and dusted. We get you caught up on the action with the Weekend Review.

Arsenal have all the evidence they need to sack Emery

On the face of things, sacking a manager who has only lost two games all season, one of which was to Liverpool, would be an extremely bold move. But you could hear the sound of straws breaking camel’s backs after Unai Emery’s post-match press conference on Saturday.

“The result is a bad result, but tactically I think we worked how we wanted,” said Emery after Arsenal’s 1-1 draw with Wolves, laying out in the clearest possible terms that this isn’t a set of players failing to follow their manager’s instructions, or things not quite going to plan: This is the plan. This is what is supposed to be happening.

When Raul Jimenez scored Wolves’ equaliser, 14 minutes remained plus what would be four minutes of injury time. However, despite playing a side that had not beaten Newcastle and Southampton in the previous two games, thousands of Arsenal fans did not think it was worth sticking around. The queues for trains and buses after games at the Emirates Stadium can be a pain, but not that much of a pain. They made a shrewd choice, though.

Emery’s reaction was to bring on Sead Kolasinac for Kieran Tierney, as Nicolas Pepe and even Joe Willock gathered dust on the bench. Arsenal had one effort in the rest of the game — Sokratis Papastathopoulos‘ header went wide — while a Mesut Ozil cross might have resulted in a shot, but that was it. In the game as a whole, Wolves had 25 attempts to Arsenal’s 10.

A managerial change should not just be a reaction to bad results, but more about stopping a slide before it becomes terminal; spotting not just when things are going wrong but when they are not going to improve. Arsenal played as their manager wanted on Saturday. Really, that is all the evidence the board should need.

Saturday’s late show at Aston Villa means Liverpool have won 10 points from losing positions this season. It has been said in this column before, but there really is something of Sir Alex Ferguson’s great Manchester United teams about Jurgen Klopp’s men.

If they did this sort of thing once or twice, you might say Liverpool were riding their luck and would get found out soon, but four times in the last month they have scored after the 85th minute to convert defeats into draws and draws into wins.

They are sensational and the Premier League is better for having two superpowers, who will meet next Sunday in one of the great diary-clearing games. Speaking of which…

Call it undignified, unfair or petty, but it was enjoyable to hear Pep Guardiola slip in a completely unprompted mention of Sadio Mane‘s apparent diving habit after Manchester City produced their own comeback win against Southampton.

It is more entertaining when two teams not only compete with each other on the pitch, but don’t like each other off it. There has always been a rivalry between Klopp and Guardiola, but to have a little extra needle is also very welcome.

Without wishing to be patronising, you hope that Southampton will take heart from their performances in Manchester last week.

A defeat like the 9-0 drubbing suffered against Leicester can destroy teams, but in taking the lead and pushing City as close as they did on Saturday, Saints have at least reclaimed some dignity.

“We wanted to show a reaction, we did and this is the most important thing,” said Ralph Hasenhuttl.

That is great for now, but the important bit is turning that reaction into something more tangible in the weeks ahead.

Even if Frank Lampard was not Frank Lampard, he would still be more popular with Chelsea fans than predecessor Maurizio Sarri, simply because of his team’s style of play and attitude, which was perfectly encapsulated in their first goal against Watford.

One of the notable things about Lampard’s tenure with Derby was how many long shots they took; to put it another way, how much he encouraged risks, to eschew the safe and sensible.

Which is what we saw in the Blues’ 2-1 win over Watford when Jorginho, liberated now he is no longer required just to make 100 five-yard passes every game, played a remarkable through ball to Tammy Abraham, who in turn had anticipated the gamble with one of his own and finished with the confidence of a man stroking home his ninth goal in 10 starts.

It was a brilliant goal and one that only happened because Chelsea’s players, given freedom by their new manager, feel confident to try things.

Ake the man to snuff out United

Plenty of the Premier League’s theoretical big boys have chronic problems in defence, but if any of them needed a handy fix in January then they could do a lot worse than Nathan Ake.

Admittedly beating Manchester United is not the achievement it once was, but the Dutch international was terrific in the Cherries’ 1-0 win. Along with Steve Cook, Ake solved with ease the relatively few problems Ole Gunnar Solskjaer’s side did cause.

It has been a season of two halves for West Ham, and only just over a quarter of it has gone. Manuel Pellegrini’s side only lost one of their opening seven games in all competitions — to Manchester City — but since have failed to win any of the following six, including elimination from the Carabao Cup by Oxford.

There does not seem to be one big, single problem, more a series of smaller ones. They include, but are not limited to: a lack of pace; Sebastian Haller continuing to be isolated; curious team selections by Pellegrini; a bit of a nothing midfield; and the injured Lukasz Fabianski‘s replacement Roberto being a walking calamity zone.

On the one hand, this is good because at least there is no fundamental flaw undermining everything, but on the other … well, there’s a lot of work to do. Saturday’s defeat to Newcastle left West Ham 13th and the current buffer from the bottom three will not be there much longer if this continue.

Hats off to Coleman

Most of the focus at Everton will rightly be on hoping Andre Gomes has a swift recovery from his horrific broken ankle, but a word for Seamus Coleman, who was standing far too close to the incident for a man who suffered a similarly awful injury a couple of years ago.

Son Heung-min should not have been sent off for the foul from which Gomes stumbled into his accidental injury, but Spurs can appeal that.

More of a concern could be the mental impact, so hats off to Coleman for seeking Son out and offering what reassurance he could.

I desperately did not want to write about VAR again and would have been happy to ignore the Roberto Firmino offside, but Everton vs. Tottenham — two teams that had little good fortune last season, according to ESPN’s Luck Index — made it unavoidable.

It sums things up that, in assessing whether Dele Alli had handled in the Spurs area, the game stopped for over three minutes and the VAR still got the decision wrong. The only possible explanation was that Yerry Mina‘s elbow fouled Alli and caused the Tottenham man’s arm to raise, but that would be a generous interpretation.

Alli got away with it and, by doing so, showed once more that VAR is not working.

We are either approaching — or perhaps have already passed — the point where you simply cannot write off ongoing issues as teething problems.