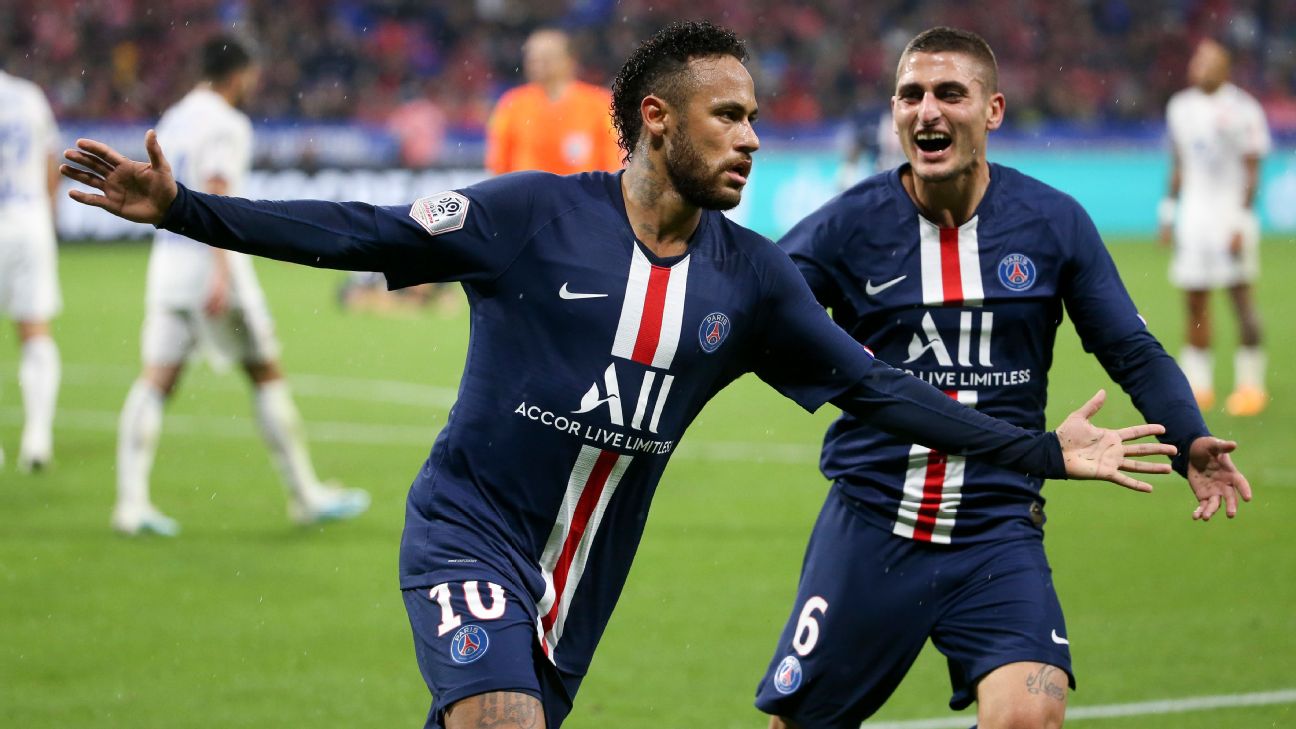 Paris Saint-Germain coach Thomas Tuchel has declared Neymar is “100 percent with” the French champions after the Brazil international scored a second dramatic late winning goal in as many matches.

Neymar, 27, bagged a stunning late winner in his return to action with PSG at home to Strasbourg in Ligue 1 action last week and followed it up on Sunday with a sublime decider as the clock ticked down away at Lyon.

Although the €222 million man was absent during the Championnat giants’ 3-0 Champions League Group A victory over Real Madrid through suspension, Tuchel praised the South American’s decisive nature despite his relative lack of match fitness.

“That was Neymar’s third match in four months,” said the German via Le Parisien. “He is still not at [full match fitness]. He will do better. He will improve physically. With games, as well as with decisive goals — all of that will help. Neymar is always decisive, always creative and always looking forward.”

“No, I am calm (when asked if he is constantly in admiration of Neymar’s talent) as it is his job. Neymar is there to score and be decisive. We must find him in space. That is Neymar. I expect that each time — I am demanding of him.”

Tuchel added in a separate interview with Canal+ that Neymar could do much more for the team once he is closer to full match fitness.

“Yes, clearly, Neymar can do that sort of thing each match,” he said. “However, he can also do better during the game, much better, and be even more decisive, but he is lacking matches.

“He needs to recover to full capacity and that will come with matches, but he is still decisive and dangerous, so we are happy.

“Games like that are super tight, played very, very deep, so needing an individual moment like that to open them up was normal.”

Captain Thiago Silva, who was solid in defence on his 35th birthday, admitted he could not even understand what Neymar had done on the pitch at the time of his goal.

“Ultimately, it was Neymar’s action [which made the difference]…” the skipper told Canal+. “On the pitch, I could not understand what he had done.

“Sometimes, we say it is easy and that the defender has let him turn, but that was not easy. In training, Neymar and Kylian Mbappe do incredible things and we profited from this phenomenon’s quality here.”

“Our star saved us at the death with this goal and it is magnificent as we worked hard post-Champions League in an engaging contest,” he said. “This was another Champions League match, against a team of very high quality and with a coach I know very well.”