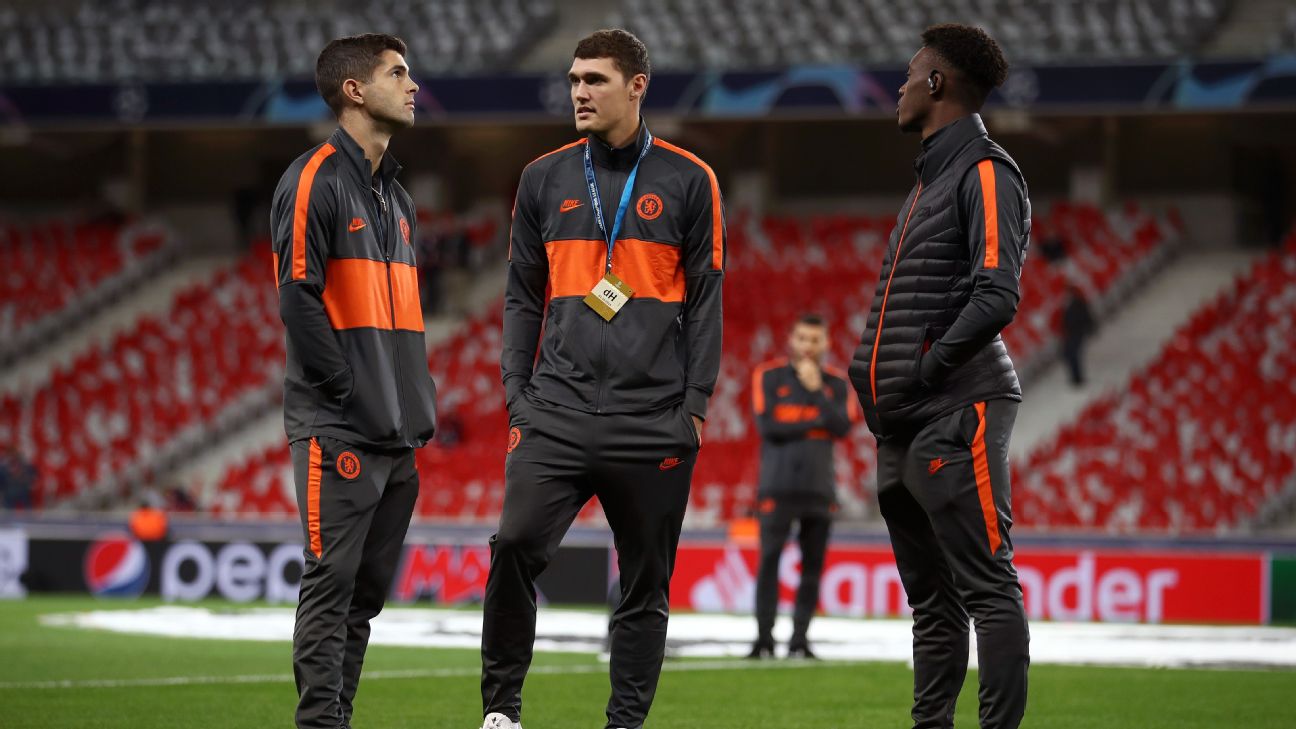 United States international Christian Pulisic has not been included in Chelsea’s matchday squad for the Champions League clash with Lille.

Aside from the Carabao Cup third round tie with third tier Grimsby which Frank Lampard‘s side won 7-1, Pulisic has not featured for Chelsea since a 2-2 draw with Sheffield United on Aug. 31.

Lampard has started with Mason Mount and Willian supporting Tammy Abraham in attack, while Callum Hudson-Odoi and Pedro are options from the substitute’s bench.

Having lost their first match of the group stage 1-0 at home to Valencia — with Pulisic an unused substitute — Chelsea are looking to take all three points from Lille.

Pulisic eventually joined Chelsea in the summer having spent the second half of the 2018-19 campaign on loan at former side Borussia Dortmund after the two sides agreed to a $64 million transfer in January.