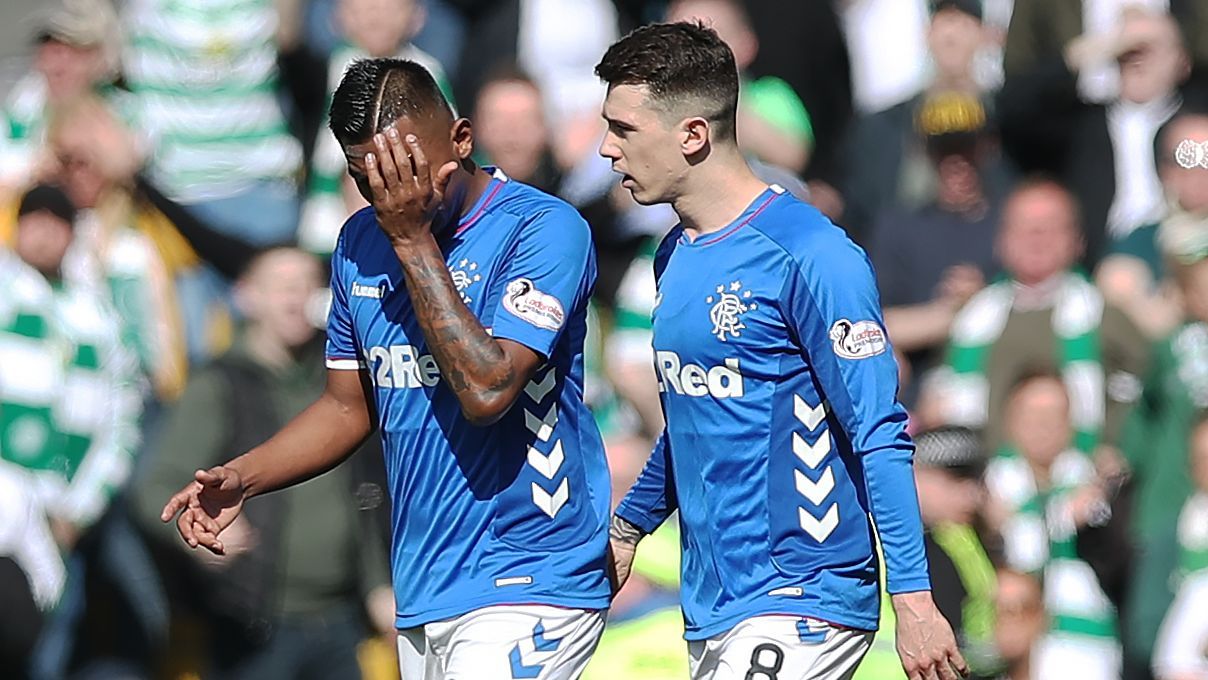 Rangers manager Steven Gerrard has finally lost patience with striker Alfredo Morelos after the Colombian was sent off for a fifth time this season during their 2-1 Scottish Premiership defeat at Old Firm rivals Celtic on Sunday.

Morelos was shown a red card for elbowing Celtic captain Scott Brown in an off-the-ball incident with just half an hour gone at Celtic Park.

“I’ve gone above and beyond with Morelos. I can’t defend that,” said Gerrard, whose side slipped 13 points behind their fierce rivals with seven games remaining.

“He let his teammates and the club down again,” he said, adding that the volatile forward would be fined a week’s wages.

Morelos, who is the league’s leading scorer with 17 goals this season, received a four-match ban as a result of his actions.

“I would like to offer an apology to all the fans, my teammates and the coaching staff for what happened in yesterday’s match,” the 22-year-old said in a statement on Monday.

“I promise to do everything in my power to ensure that nothing like that happens again and to give the club and fans my all. Thanks for the support and affection you’ve always given me.”

The first red card Morelos received this season, for a kick at Aberdeen defender Scott McKenna in August, was later rescinded but the striker was sent off twice more against the same opponents in December and February.

Morelos, who has scored 29 goals for Rangers so far this season, also picked up a red in their 1-1 Europa League playoff draw at Russian side FC Ufa.

“I still think he’s a fantastic player and I’ll still protect him, but it gets to a line and he was probably above the line already with me,” the manager added.

“From now on the indiscipline must stop, a million percent. I will be taking a far harder line on it.”