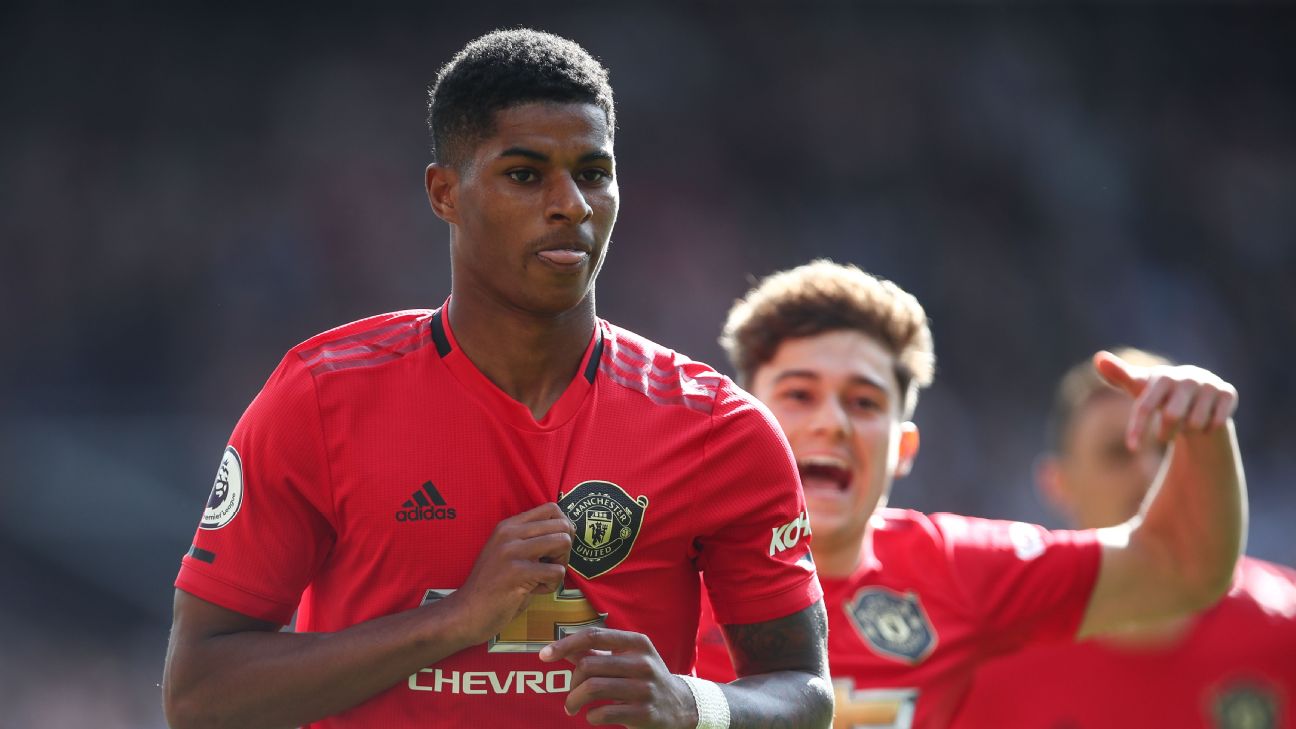 There are plenty of ifs and buts in every season, but just imagine if Paul Pogba had not missed that penalty for Manchester United at Wolves last month and left it to Marcus Rashford to maintain his — at that point — flawless record from the spot.

If Rashford had stepped up and scored at Molineux, would he have done so again in the following game against Crystal Palace at Old Trafford, when his spot kick miss, which former United captain Gary Neville suggested was “inevitable,” contributed to United being beaten?

Whatever the answer to that hypothetical question, the reality is that Rashford is at the heart of everything for Ole Gunnar Solskjaer’s team and his match-winning performance in the 1-0 win against Leicester City on Saturday only served to underline his status as the most important player at the club.

Pogba might be the one with the £89m price tag, but the French World Cup winner was absent against Leicester due to injury and United were able to win without him. Granted, there might have been less midfield creativity, but there was also a greater sense of work rate and collective with Scott McTominay, Nemanja Matic and Andreas Pereira in the engine room.

It is difficult to envisage United coping quite so well without Rashford, though. Solskjaer has always had great faith in the 21-year-old forward, but if it was in any doubt, the manager’s decision to offload Romelu Lukaku and Alexis Sanchez — without replacing either — was a clear statement of his belief that Rashford can score in excess of 20 league goals this season and keep the team in contention for a top-four finish.

Such a total would represent a career high, but Rashford is about more than just goals: He also sets the United tempo with his effort and willingness to chase lost causes. Anthony Martial, who missed the Leicester game through injury, is perhaps a more natural scorer, but has never been the type of player to inspire a team like Rashford can, and probably never will be.

The same can be said of Pogba. Yes, he can produce a spellbinding pass to transition his team from defence to attack, but there have been plenty of occasions when his lack of concentration and poor work rate has led to United conceding a goal.

Rashford, by contrast, is a constant bundle of energy and desire and United desperately need a player with those qualities. He makes things happen, but also makes those around him better, with young winger Daniel James on obvious example. The pair offer industry and commitment up front, in stark contrast to what Lukaku and Sanchez brought to the table when called upon last season.

Against Leicester, Rashford was fouled by central defender Caglar Soyuncu to win the eight-minute penalty that he converted, but also rattled the crossbar with a second-half free kick and was the first United player on the scene to defend McTominay after his teammate had been roughed up by Soyuncu and Ben Chilwell in second-half stoppage time.

In front of the watching Gareth Southgate, Rashford produced a top-class performance as a centre-forward, which gave a perfect riposte to the England manager’s suggestion, made earlier this week, that he is better as a “wide raider.”

Many will point to Rashford’s Mancunian roots, being born and raised just a few miles from Old Trafford, but his passion and determination is about more than simply growing up a United fan. It is also about professionalism, desire and the willingness to work hard; attributes that Solskjaer believes are crucial for every player in his squad.

Summer signings James, Aaron Wan Bissaka and Harry Maguire all have such qualities and their influence is beginning to rub off. Rashford, though, is the driving force of this new United team and that, in itself, poses a problem for his manager. Such is the lack of forward depth that Solskjaer might struggle to find opportunities to take Rashford out of the line-up.

Without Martial, 17-year-old Mason Greenwood is the only other fit striker, so what happens when Solskjaer has to pick a team to face Astana in the Europa League on Thursday and, the following Wednesday, against Rochdale in the Carabao Cup? Rashford will have to be rested in at least one of those games, with a Premier League to West Ham falling between them, next Sunday.

Clearly, a club of United’s stature needs more than one player to turn to when the chips are down, but they are still growing under Solskjaer and Rashford remains their most important performer. Indeed, had he scored those penalties against Wolves and Palace, we would be talking about United staying on the coat-tails of league leaders Liverpool and Manchester City in the title race.

As it is, they sit fourth after a hugely important win against Leicester. Whether United can stay in the Champions League places remains to be seen, but they will need Rashford fit and firing to have any chance.