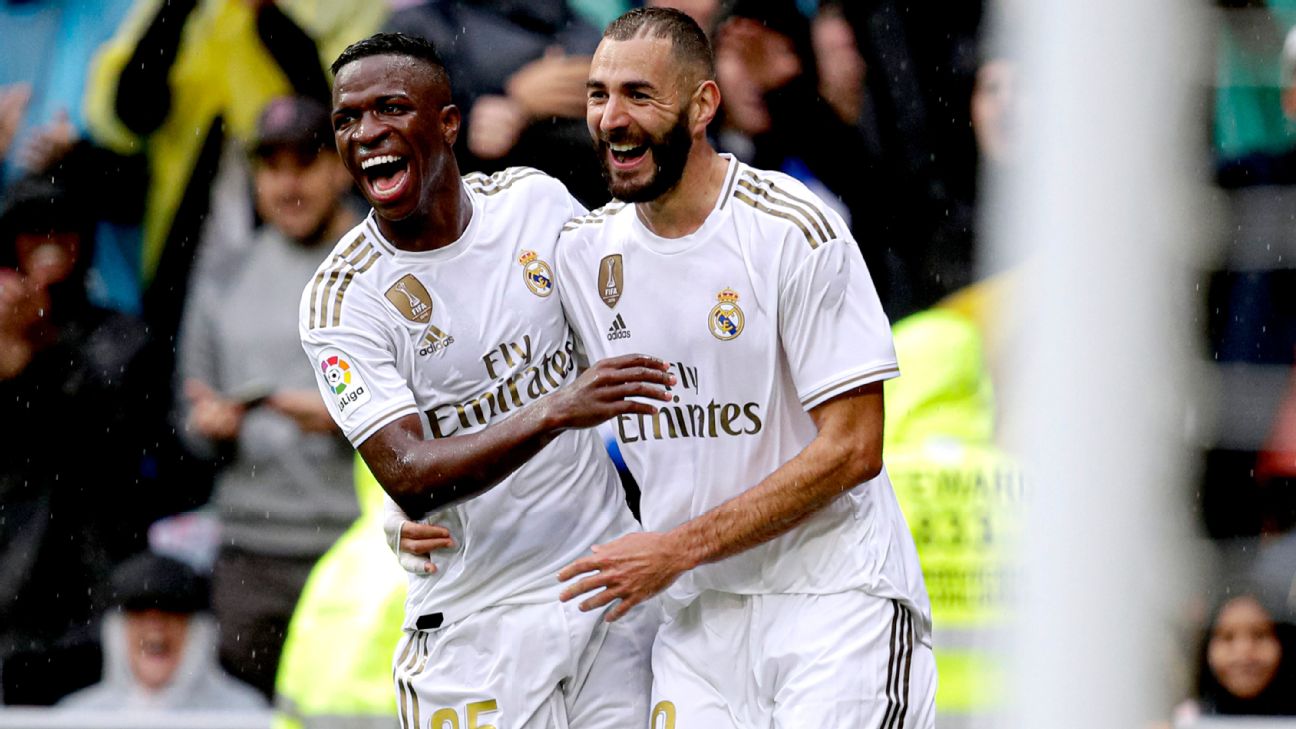 No one with even the hint of a soul would begrudge a single comma, vowel or exclamation mark involved in the tsunami of jubilant praise that rained down on Joaquin after his delicious hat trick for Real Betis in their win against Bilbao on Sunday. The very first triplete of goals in his entire career, and they were scored at home, smashed into Athletic’s net before 20 minutes of the match had passed, snatching, from the all-time great Alfredo Di Stefano, the record for the oldest man to score a Liga hat trick, and, above all, scored in a Betis win.

Choose what delighted you most. His age? (He’s 38.) The fact that he’s one of those iconic players who captains the club he fervently loves? Or that this immensely funny, effervescent guy is genuinely improving with each passing month? (This fact isn’t tied to this hat trick in particular. It’s an objective truth, despite being a year-and-a-half away from what used to be called “middle-age” in a condemnatory, contemptuous voice). Or was it the quality of the finishes that won you over?

Look, you choose — it’s about personal taste — but in a superlative weekend of La Liga football during which just about everywhere you looked, something quite extraordinary and thrilling was happening, what Joaquin’s theatrics obscured was a young man who plays Joaquin’s position and who was 14 months old when Betis’ brilliant captain scored his first senior goal, back in Sept. 2001, quietly showing that he’s making significant progress.

His name is Vinicius Jose Paixao de Oliveira Junior. Vinicius Jr, and I’m going to re-state a case I made last season: Real Madrid have an absolute gem in this Brazilian 19-year-old.

It has infuriated me for months how quickly some fans, and many in the media, forget that this kid, as Marcelo and Karim Benzema have pointed out, was one of Madrid’s most prominent, most productive and most important footballers last season. Simply because his finishing isn’t yet convincing, let alone elite, there has been a blanket of pessimism thrown around him. Furthermore, because a slightly younger Brazilian (Rodrygo) has broken through and shown that whatever other talents he possesses, he has a much sharper bite in the opposition penalty box, many people have made unnecessary and unhelpful comparisons between the two.

Vinicius Jr. and Rodrygo share a nationality, an approximate age and certain challenges, but they are at the Santiago Bernabeu and Madrid’s Valdebebas training ground to grow into their footballing skins together, to complement each others’ development. They are twin-resources for Madrid — not two kids thrown into a Coliseum pit with the objective that only one may survive and progress. What bloody rubbish.

Vinicius is special. Powerful and possessing lovely grace, athleticism and technique, one senses masses more to come. Soon. What he’s been unnecessarily castigated for is his finishing. That he’s not ruthless in front of goal, that he occasionally snatches at chances, that it’s clear he can often be deafened by the roar of the opportunity and, increasingly, hear too loudly the groans of the Madrid fans. This is all true. But this part of his repertoire is a work in progress, and let me point out a few things to you.

Vinicius scored his 15th senior goal aged 19 years and two months. By comparison: Joaquin didn’t hit that many senior goals until he was a month off his 22nd birthday. Cristiano Ronaldo took seven months longer than this Brazilian to score 15 for Sporting and Man United combined, while the world’s greatest player, Lionel Messi, didn’t score 15 times for Barcelona’s first team until he was 19 years and four months old. Vinicius beat all three of them to the mark. What’s more, there’s pretty clear evidence that the situation at Madrid is causing their brilliant young asset to stall, or at least to tread water.

A big chunk of Vinicius’ senior goals have come with Flamengo, either in the Brazilian league, the Copa Sudamericana or the Copa Libertadores. If you take the time and trouble to view them, you’ll see startling things. For a start, Vinicius is capable of finishing outrageously well. Take that opener he hit against Osasuna this season, cutting onto his right foot from the left side of the box and then erupting a shot into the far top corner of Ruben‘s net. That power, that confidence, that “wow factor” — all were Vinicius’ trademark at Flamengo.

Firstly in Brazil, he was trusted to play a part. His role was a little like that of Benzema or Neymar: not the No. 9 striker but a central player, rapid, capable of dropping deep, swivelling and then running on to chances, someone who teammates instantly and repetitively looked for with the ball. Even at the age of 17. His brace against Emelec in Ecuador, were two thunderbolts off his underused left foot earned his team a 2-1 win from 1-0 down. Against Ceara, Chapcoense and Vasco in Brazil, he finishes from the “fox in the box” zone of the penalty area. This boy can do the lot when he believes, and when he’s believed in.

It’s Vinicius’ great misfortune that Benzema occupies that central role for Madrid week-in and week-out, and is in the best form of his life. It’s a further lament that Zinedine Zidane likes to play 4-3-3 football where possible. This means that when Benzema starts, “wingers” are required. Perhaps not old-fashioned touchline-huggers, but wide men who must start pegged to the chalk line so that the pitch is stretched horizontally and Los Blancos’ midfield runners have gaps into which they may burst.

Along with the change in climate, wealth, attention, language, culture, pressure, responsibility and critical focus has come a change of position, a change of strategy and learning. If you want to understand the reason Vinicius sank to his knees and cried after scoring that “worldy” against Osasuna, those are some of your clues.

Marcelo says of Vinicius’ situation: “He has a good head on his shoulders despite only being 19. With Madrid you can play three excellent games, then one bad one and they criticise you and demand more. The pressure at Madrid is much greater than in Brazil.”

The winger himself showed really notable and important improvements on Saturday in the defeat of Espanyol that helps set him and his squad up for two beauties of matches, consecutively away to Valencia then Barcelona.

Vinicius’ view is: “When I left Flamengo I was a little sad but once I arrived at Madrid I evolved more in my first two months than I could have in a year in Brazil. Training here is different. Most training sessions at Real Madrid are better than matches at home. In training, nobody wants to lose: every single player is trying hard to improve every day.”

Look back, if you wish, to his performance against Espanyol. On three significant occasions, Vinicius wriggled his way clear of Victor Gomez or David Lopez or Wu Lei and then brought a good save out of the visiting keeper, Diego Lopez. There were no wild slashes at the ball and no extravagant misses — just the kind of calm, “put the ball on target and make the keeper work if he wants to keep it out” attitude that yielded his clinical penalty-box finish for 2-0 against Alaves last February.

During the win over Espanyol he consistently got his head up, sought out Toni Kroos (for a 57th-minute goal chance), Casemiro, Federico Valverde or Benzema (the latter for a really clear-cut chance in the 70th minute). He may not have started in La Liga for just under a month, and his visibility may have been obscured by the mighty Joaquin this weekend, but someone’s been working hard with Vinicius on the training ground and this likeable, talented, exciting kid has been watching, learning and evidently growing.

Strength to him in that process, too, for people like him make football great.