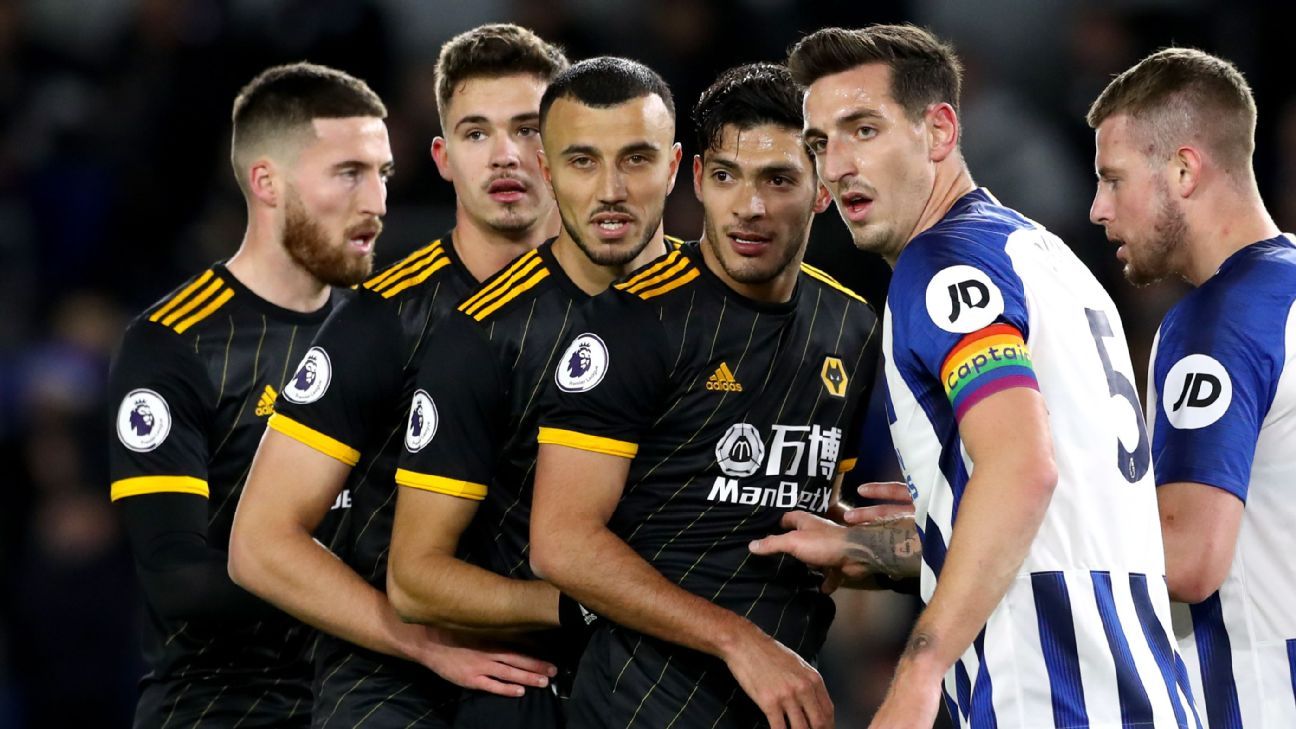 Wolverhampton Wanderers stretched their unbeaten Premier League run to 11 games after they led and then came from behind to secure a 2-2 draw at Brighton & Hove Albion in a pulsating encounter on Sunday.

Diogo Jota fired Wolves ahead and then hauled them level in a frantic first half after Neal Maupay and Davy Propper had cancelled out the Portuguese forward’s opener.

The result left Wolves sixth in the standings on 24 points from 16 games, behind fifth-placed Manchester United on goal difference and one point ahead of Tottenham in seventh.

Wolves captain Conor Coady was pleased with the outcome, although he rued defensive lapses which allowed Brighton to turn the tide.

“It is a good point against a good team who played well from the back,” he told the BBC. “We were in control so it was a bit disappointing to concede two goals. We want to take the lead and stay in the lead, it is also up to us to defend better.”

Manager Nuno Espirito Santo added: “We are very proud of what we are achieving day by day but we want to keep on going. The hardest part of the fixtures is going to start now and it will be tough for everybody.”

Jota struck in the 28th minute with a crisp finish after a fine assist by Raul Jimenez but a poor close-range effort two minutes later proved costly as Brighton turned the match on its head with two quickfire goals.

Maupay equalised with a sumptuous strike from 18 metres in the 34th after taking a long Dale Stephens ball in his stride and Propper buried a header from 11 metres in the 36th from a Leandro Trossard cross.

Propper then turned from hero to zero as he gave the ball away to Jonny Otto and Jota made amends for his earlier miss with a clinical strike from inside the penalty area.

The pace fizzed out in the second half as neither side were able to create clear-cut chances and Maupay conceded the busy schedule was beginning to take its toll on Brighton.

“It was a tough game for us, the third game of the week is never easy, especially against a good team,” he said.

“We were a bit tired and missed a bit of sharpness. We’re not happy but we will take it.”